We'd heard that the road trip from Salta to Cafayate was stunning, so we were pretty excited about hitting the tarmac and slightly relieved when Rodrigo turned up again the next morning with his English-speaking friend Sergio (half an hour late, naturally - this is Argentina time) with our new friend for the next seven days: Big Red. 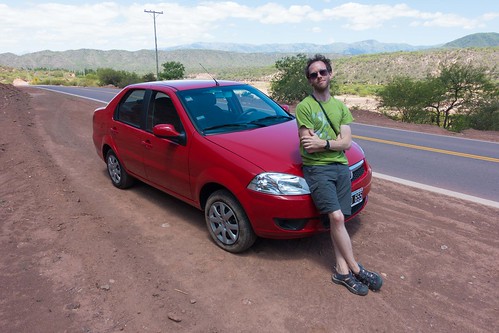 It was an almost brand new Fiat Siena with just 500km on the clock which helped settle nerves about its reliability, as I had visions of us breaking down on a deserted mountain track and being pecked to death by buzzards. It also had air-con. We didn't realise how much we needed this until we set off. A lot. We needed it a lot.

The first job was getting out of Salta. This was easier said than done because the road system in the city is simply insane. You can come to a four-way junction with no traffic lights and no stop signs, and somehow you have to work out when it's OK for you to go. The locals certainly won't stop for you while you think about it, and if you wait too long you'll get angry beeps behind you. Once you get used to that, the next fun thing is buying petrol. Like Oregon, you can't pump your own petrol - you have to have an attendant do it for you and there's often only one or two milling around six or eight pumps in a busy petrol station. But when they get around to it they will also clean your windscreen for you if it's dirty, which turned out to be a blessing as it didn't take long for the car to get very, very dusty.

We found a supermarket and stocked up on essentials (cake, chocolate, sweets, the usual) and after somehow managing to leave the city, the first things we noticed were the butterflies. Hundreds of thousands of white butterflies were everywhere, flying over roads, fields and trees. It was beautiful, but also a little sad as I'm pretty sure we must have driven through or over hundreds of them, not to mention the ones that hurled themselves at our windscreen because they'd had enough of life. The white specks in the picture are just a tiny example which doesn't illustrate the sheer volume of them. Good luck growing crops here, as the caterpillars will ravage them. 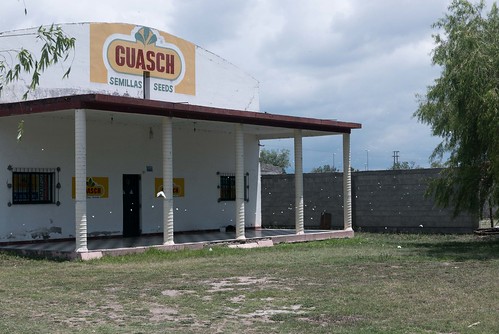 We drove through a number of small towns and villages on the way south including La Merced, Osma and La Vina. Each of them had something to offer, whether it was a photogenic church, a flower-filled plaza, or an old lady selling empanadas from out of her kitchen through a hole in the wall. We found ourselves stopping whenever something caught our eye - which is the whole reason we got a car in the first place. A tour can take you places, but with your own transport you can set your own agenda and the freedom that provides is fantastic. 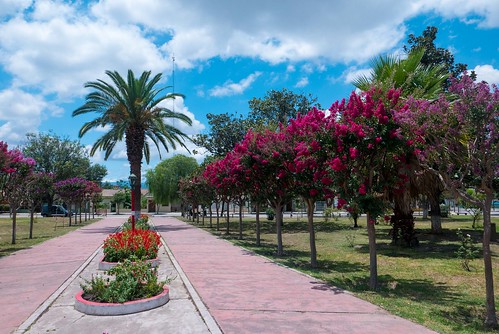 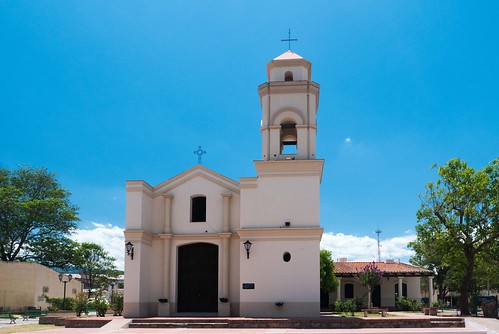 As we drove down route 68, the terrain started resembling something from the Old West. Red mountains, green vegetation, sandy tracks and cacti all combine to make you wish for a stetson and a horse. Well, until you get out of the car and are blasted in the face with heat. At one point we found a road that just....ended. Thankfully, it wasn't the one we were driving on. One can only speculate on how it collapsed - earthquake, maybe? I also managed to get my hat blown partway down the side of a cliff, but I bravely scaled the stony side to retrieve it whilst impaling myself on thorns. Look, I'm not saying I'm Indiana Jones. That's for other people to say. 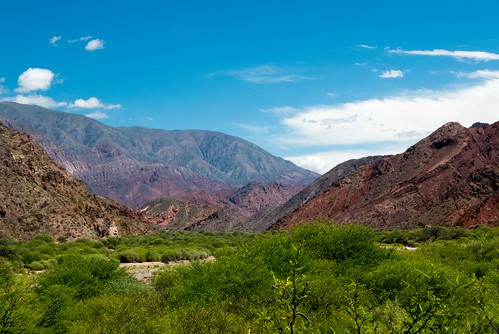 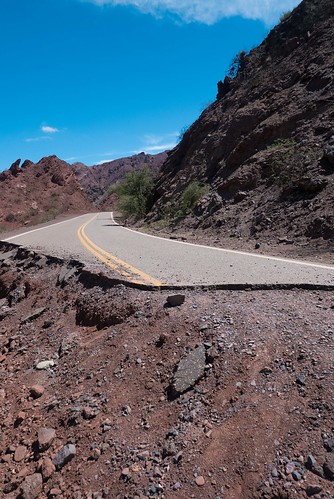 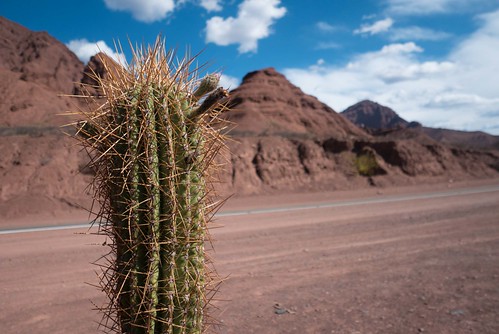 Once we got further down route 68 on the way to Cafayate, it wasn't long before we entered La Quebrada De Las Conchas. Translated as the Gorge of the Shells, this road is stunning. Around every corner is another mirador or viewpoint of either magnificent scenery, interesting rock formations, or both. Earlier examples include the Garganta del Diablo (Devil's Throat), a name which seems to be used liberally around the country. See also: Iguacu Falls. This is a huge crevice that has been carved by the elements into the side of a mountain. 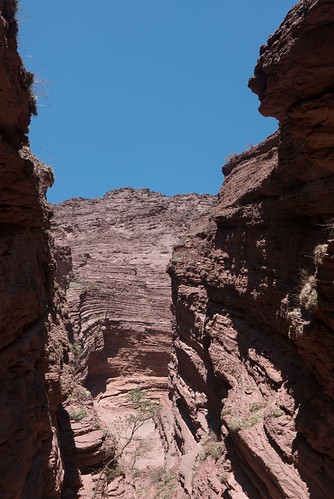 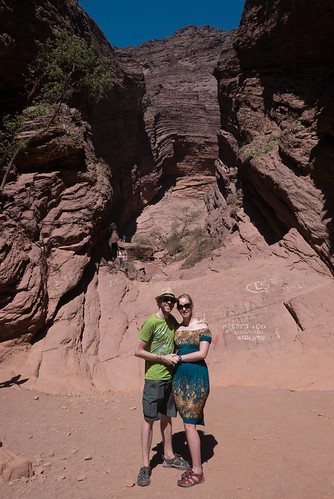 A little further down the road was the Amphitheatre, an almost circular naturally formed arena with acoustics so good that there are performances held there. A local played a pipe whilst we were there and the resulting sound was both eerie and beautiful. The rock formations are also great for optical illusions with photographs, as another local showed us. 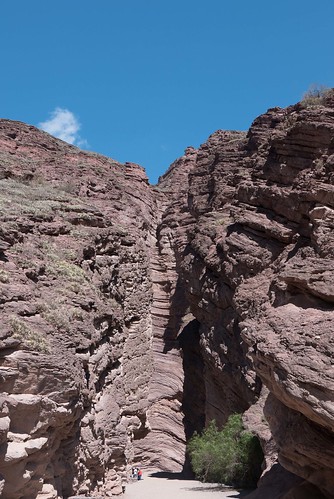 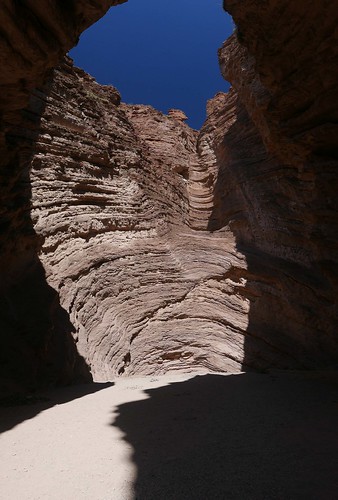 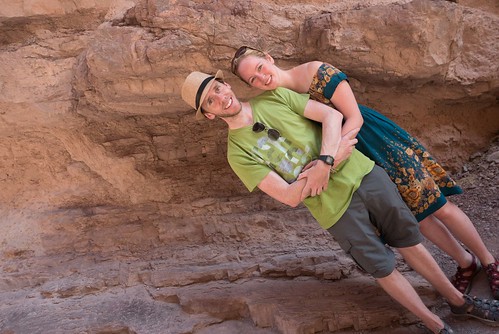 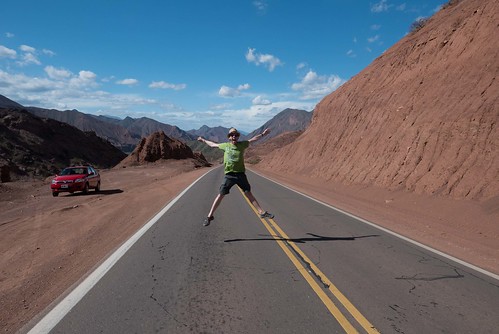 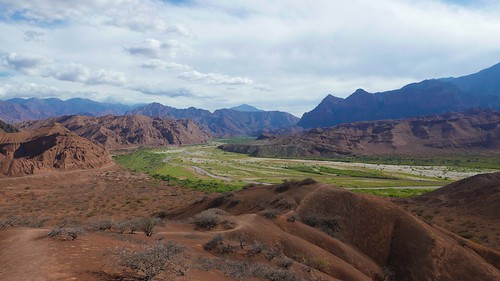 Other highlights included the Three Crosses, the Frog, the Pinnacle and the Windows (the latter being on a very breezy plain), not to mention an entire nesting ground of parrots living in the numerous holes in the side of a hill. 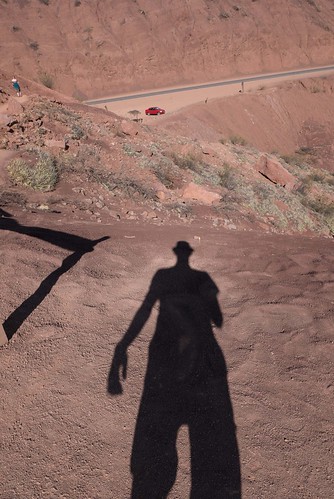 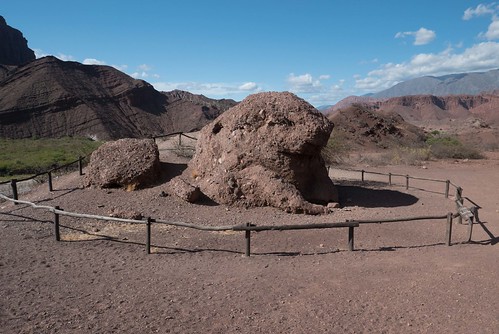 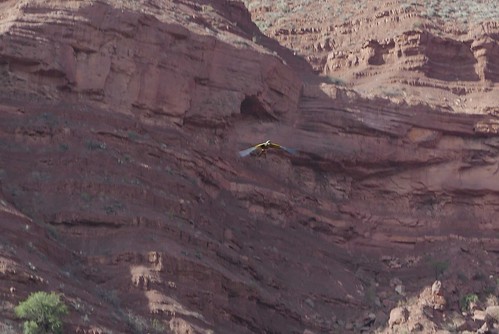 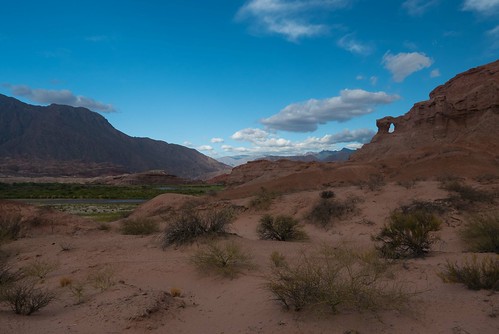 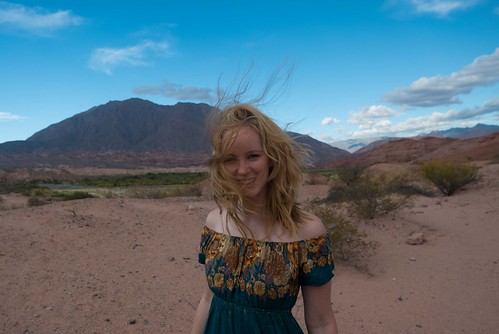 The road from Salta to Cafayate is possibly the most interesting road trip I've done. There was something of interest around every corner, and the points are marked clearly with signs (in Spanish, of course) but it's obvious when there's something to see. That may be the reason why it took us almost six hours to get there rather than the 2 hours and 46 minutes Google believes it should take. That drive was almost worth the car hire alone, and we were only one day into our trip.

We got to Cafayate in the evening and checked into our hostel, La Morada, run by a genial host named Rollo. The town is a sleepy little place where dogs lay where they may, and tourism clearly exists but not to the detriment of the overall vibe. The central plaza contains a church which is beautifully lit at night, and the local restaurants have menus which may or may not be just for show. We tried to order three different things from El Hornito and were told that they didn't have them, so ended up with steak milanese and chicken, both of which were pretty good. Rounded off with a craft beer from a cerveceria on the square, I can safely say that this was the most enjoyable day we'd had in Argentina so far. 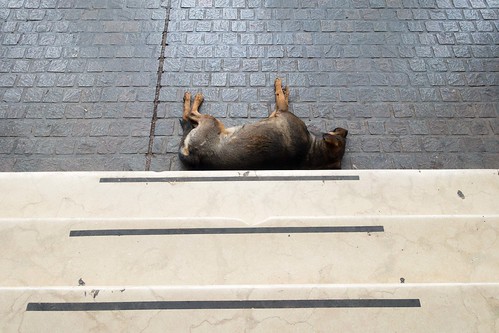 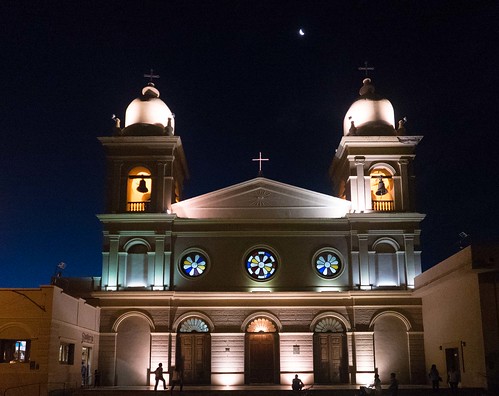 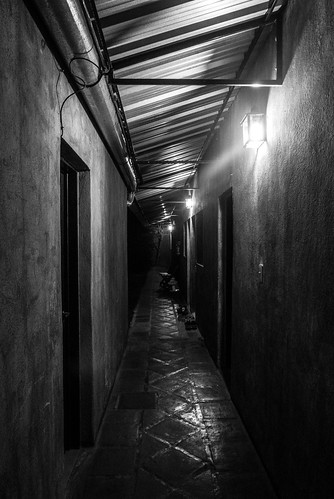 More were to come though - we had a day of wine-tasting ahead of us!
Posted by Rob Kershaw at 9:21 PM