We had decided against driving back to Salta via the road which the "Train to the Clouds" followed. Aside from the lack of time due to it being a bit of a hike out of our way, the road itself was not supposed to be in great condition for cars (likely due to the area's focus on the train for tourist purposes), and we had seen so many amazing views that we felt we could justify skipping this one. So, we started our drive back south to the area's capital.

Out of nowhere we crossed the Tropic of Capricorn, marked at the side of the road by a pitiful pillar and a hulking great wedge of stone with a sunburst on it. It was one of the most bizarrely innocuous monuments I'd seen, but then I guess it was marking an imaginary line so probably didn't need a big song and dance. 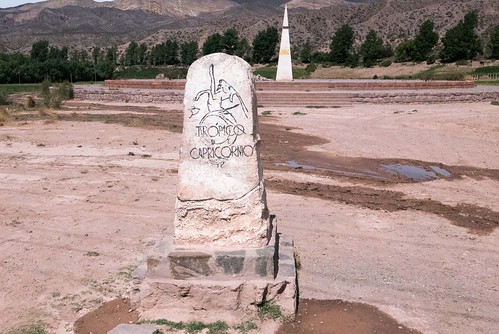 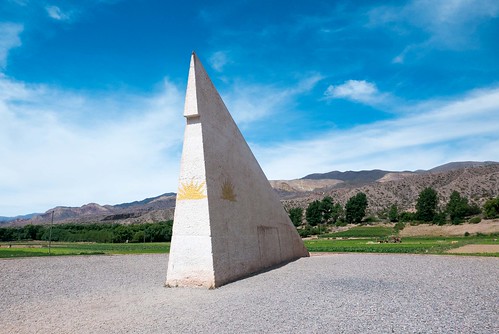 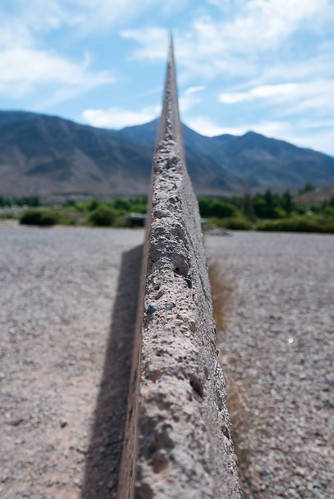 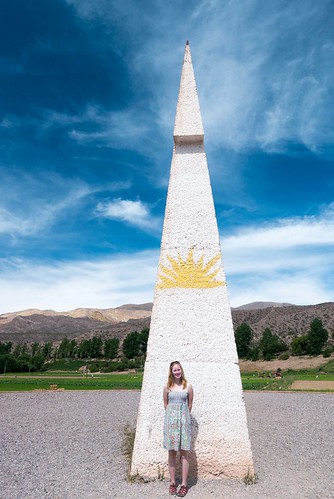 After a winding and strenuous drive through lush forest which I don't recall us coming through on the way up, we stopped off at Tilcara en route to buy stamps for postcards and another bracelet for me - I'm going to get one in every country if possible - before heading back to the city. Big Red was in a state: utterly filthy from the dusty roads, and in dire need of a clean. It was a toss-up between paying 150 pesos to the car hire company for the privilege of taking the car outside of the city, or finding a lavadero to work their magic. About 2km from La Covacha Hostel (which we had rebooked knowing it was a decent location and place to stay from our previous visit) we stumbled across two kids in a hand-wash place, chucked them 90 pesos and let them get to work. They were incredibly thorough...we must have been there for a good half an hour as they blasted off every speck of dirt on Big Red and left him looking like he'd just been driven out of a showroom - except for the chip in the door where Gilly had opened it onto the kerb. Still, we figured that the shininess of the wax would blind any inspector and prevent them inspecting things too closely, so we toddled off to the cinema to watch Star Wars Episode VII: The Force Awakens. 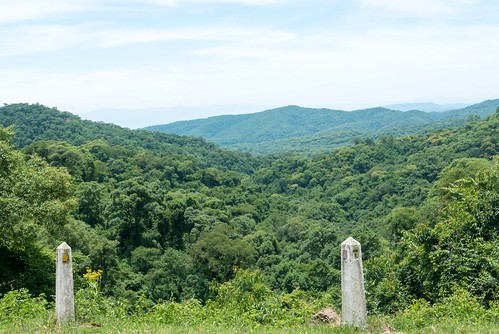 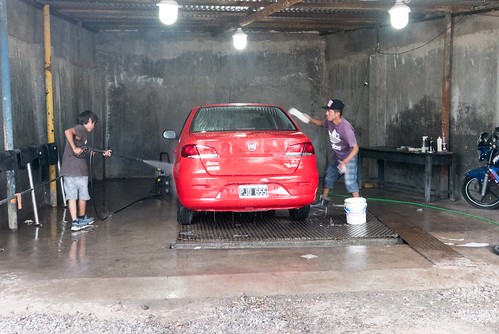 No spoilers here, but suffice to say that it was a fantastic return to form for the series, with several jaw-dropping moments. Even Gilly, who had been forced to sit through episodes IV to VI ahead of this, enjoyed it. Mostly.

The evening saw us at La Covacha, taking full advantage of the hostel's assado (BBQ) which had been laid on for all guests who wanted it - with chorizo, steak, and as much wine as you could handle. We were up pretty early the next day for a flight to Buenos Aires so didn't pack as much away as we could have done, but it was pretty good nonetheless although the Argentinians seem to have a propensity for over-cooking their steak. Our flight was due to leave at 9:45am, which meant getting up just late enough to cram in breakfast. We had booked ten days in the country's capital covering Christmas and New Year, and were looking forward to catching up with Peter, Marit and Fran over the period.
Posted by Rob Kershaw at 1:40 AM