Since the bus was at 8am and breakfast was 7:30am, we just had time to grab a brew and a couple of croissants before marching to the terminal. A 2.5hr bus to Latacunga was followed by another 1.5hr journey to Quilotoa at 11 (there aren't many direct buses there so we were quite lucky), and we just had time to drop our things off at Runa Wasi hostel, grab a few snacks and then set off on our hike.

We were here to see Laguna Quilotoa, a gorgeous crater lake in the middle of the extinct volcano. The town itself has only sprung into a commercial hub over the last few years thanks to the popularity of the Quilotoa loop, a series of hikes between small villages. As such, it consists mainly of hostels and a couple of restaurants. Our hostel was pretty much brand new, and had the most comfortable bed we'd experienced in ages. We didn't have time to hike the entire loop, so decided to settle for the highlight of the lake. 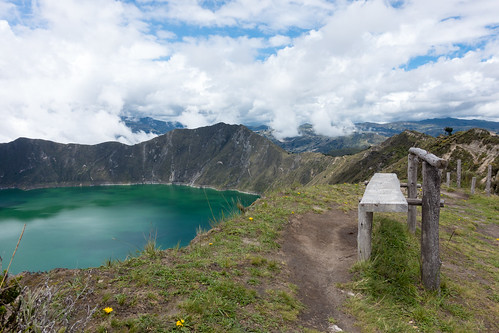 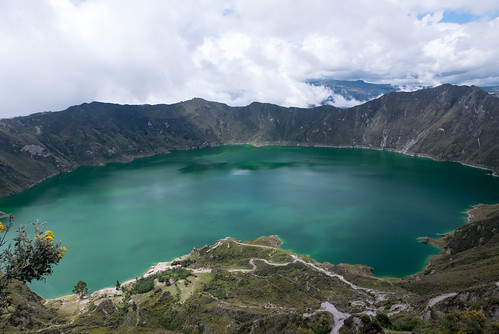 Time was pressing because we were going to travel the 10km around the crater's rim, a trek that normally takes about five hours, and it was already 1pm. After a bit of research, it seemed that anti-clockwise seemed to be the easier way around, since the hardest climbs were right at the start. The lake was azure blue and totally calm, its colour contrasting with the dark jagged rock of the crater. The surroundings were no less beautiful, small towns and villages visible between the hills as the clouds parted. 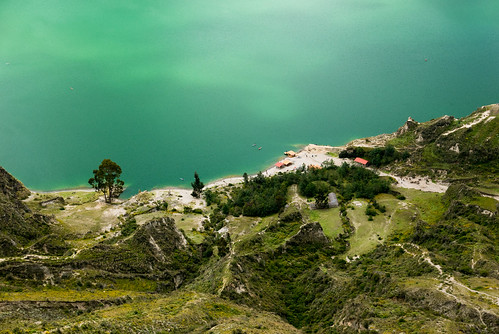 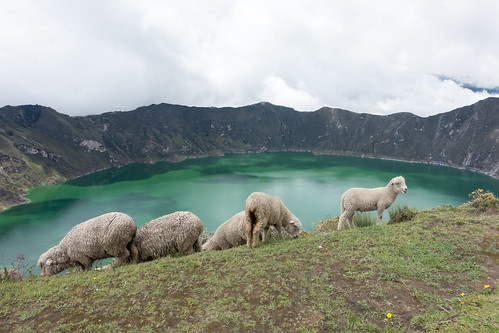 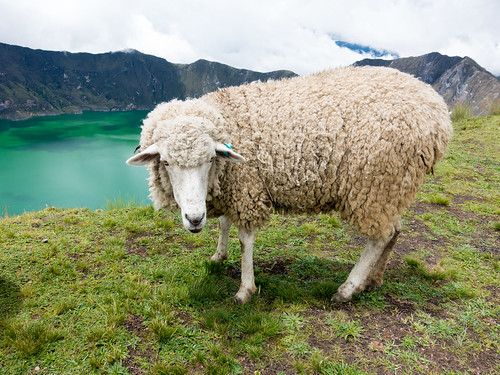 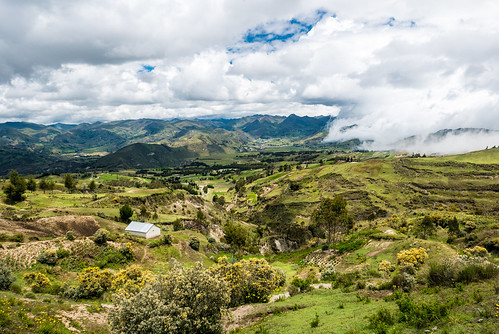 We managed 2.5km in the first hour, pulling ourselves up steep, sandy tracks to the highest point of 3,930 metres before the clouds decided to empty themselves. It was just a little mist at first, but over the next hour graduated to proper drizzle. Thankfully we'd read that mountain weather is extremely changeable, so had packed waterproofs as well as warm clothes. An enterprising local girl and her mother had set up a stall about 4km up the mountain, so we stopped for a bottle of Powerade (surprisingly drinkable!), and a sit down. 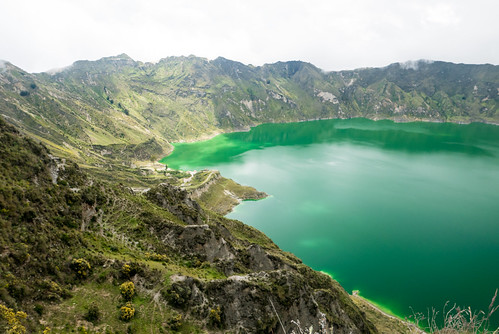 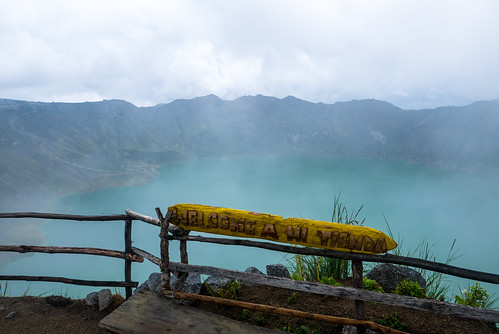 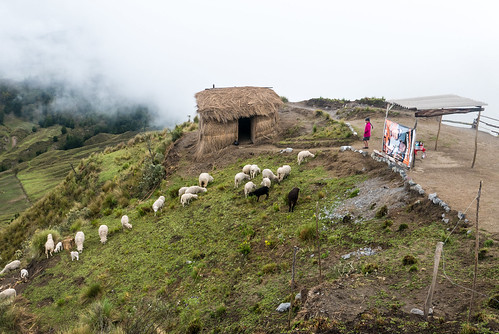 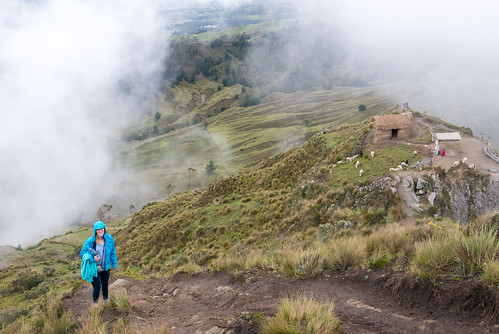 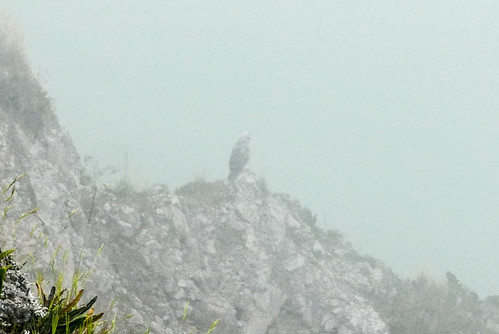 We were following the reliable MAPS.ME trail for most of the trip but still managed to go slightly off course at one point, prompting curious looks from a passing rabbit who wondered why we were in her garden. From then on, it was properly grey and cloudy, blocking our view of the lake entirely and leaving us to concentrate on the walk. At some point after the last refugio on the northern rim of the crater, we took a wrong turn. It looked like we were following the trail correctly, but suddenly it seemed like we were way off the official track even though we were on a path. 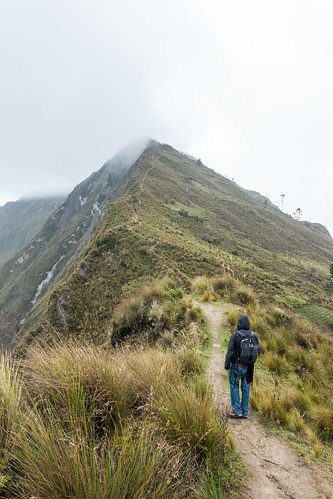 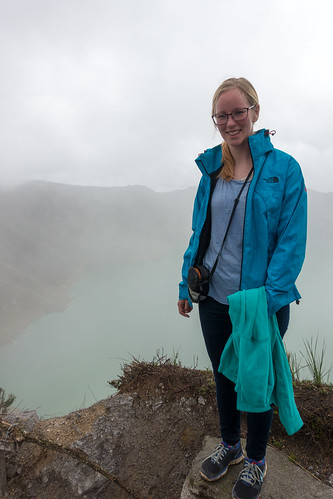 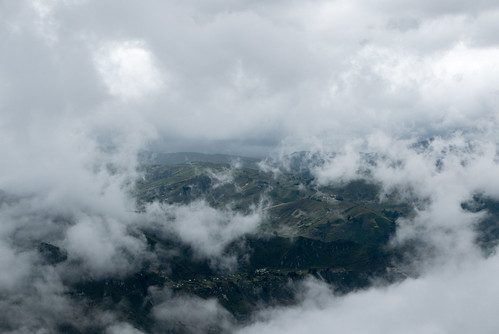 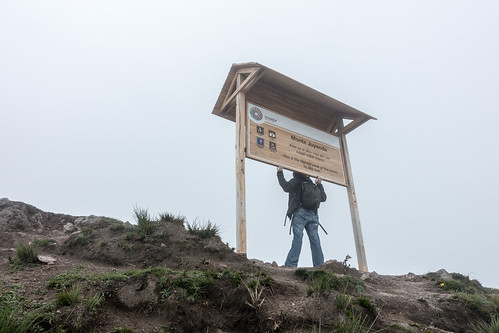 After a few more minutes it became apparent from all of the sheep droppings that this was an animal track, not the actual path. Still, we persisted for another twenty minutes until we decided we were probably risking our lives, given that it would shortly be getting dark and we didn't want to end up navigating by phone torch. Our only option was to head back to the refugio and take a second higher path which we'd avoided the first time due to it being longer. It was now raining steadily, but our clothes weren't getting soaked from the downpour directly, but pushing through soaking thigh-high grass and bushes. Everything from the waist down was drenched, the temperature was dipping and I was losing feeling in my hands from the cold. We pushed on, up more hills and around the western part of the crater until finally, with the light all but extinguished, we reached the road back to the town. 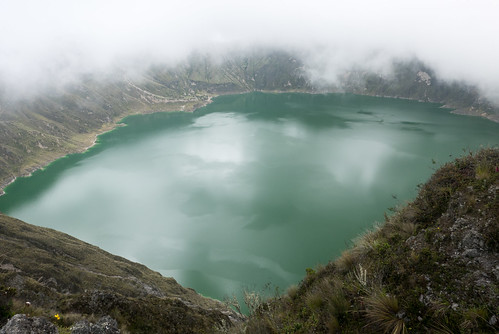 We stumbled into the hostel sopping and shivering, with the hot shower both welcome and painful as our freezing legs reacted angrily to the sudden heat. We were just about to head out to find some food when the room started shaking. Gently at first but quickly getting stronger, a tremor hit the hostel pushing the room from side to side and briefly knocking out the electric as the building shook. We were on the first floor so grabbed a coat and ran downstairs and out into the car park sharpish.

The earthquake was one of the most bizarre experiences I've ever had, having never been in the midst of a tremor before (unless you count the time we were asleep in a camper in New Zealand and I thought someone outside was rocking the van for a few seconds). It must have carried on for a good three to four minutes before subsiding. No damage was done, but we later found out that the earthquake epicentre was miles away off the coast of Pedernales, and it had killed over 70 people and injured over 500 more. At 7.8 on the Richter scale, it was the worst earthquake Ecuador had experienced since the 70s, and its effects were felt as far south as Guayaquil where a bridge was destroyed.

We had a very lucky escape, but not as lucky as Paavo and Jonathan from our Galapagos trip, who were actually in Pedenales and managed to emerge unscathed. We weren't feeling in the mood for trekking around town for food, so instead went across the road to Hostal Cabañas where we worked through a gigantic pizza before collapsing exhausted to sleep in our room. An aftershock hit us at about 2:30am, but it was brief and milder than earlier. We were thankful for the heater in the room, as things got very cold at night even with a duvet and blanket. It was a short but eventful stay in Quilotoa; we were heading to the country's capital the next morning.
Posted by Rob Kershaw at 3:38 PM