Eighteen hours on a bus sounds like a lot, but when you're sleeping for eight and you have TV and films to watch as well as photos to sort out, it goes by pretty quickly. The worst part was just before we actually got to the border and had to disembark - the heat was unbelievable, at least 30 degrees. It was necessary to invest our remaining soles in cold things: ice creams, cold water and even colder beer (of course). Unfortunately the bus' air conditioning couldn't cope, so the remaining three hours were a sweltering mess, I was down to just shorts (leather seats are not conducive to sweat, as it turns out), and we were very happy to reach the cool climate of the huge bus terminal. Our Couchsurfing host was Felix who lived in Daule, forty minutes away from Guayaquil centre. He had kindly offered to collect us from the terminal along with his friend Jorge. While Felix spoke excellent English, Jorge barely spoke any so it was good practice for all concerned. Felix took us to a funky little resto-bar called Frutabar where we had a very good caipirinha and an excellent sandwich. After watching Brazil somehow come back from two goals down to equalise against Paraguay in injury time, we dropped off Jorge and Felix took us back to his house where we had a beer and after shooting the breeze for an hour, fell asleep almost immediately after.

As Felix was working the following day, he dropped us off at the bus station en route after a breakfast of eggs and fried plantain. Locals eat plantain with fresh cheese, but the flavours didn't really mix for me, so I ate them separately while Gilly devoured everything regardless. Felix had recommended visiting Parque Histórico, so after navigating the labyrinthine terminal and grabbing a cheap bus ride, we were at the park twenty minutes later. It was an excellent recommendation, consisting of a wildlife zone, historical zone and farming/urban zone, all free. The wildlife zone in particular was fantastic, filed with naturally acclimatised birds, reptiles and mammals, including a wonderful macaw which was happy to reply "Hola!" on request. 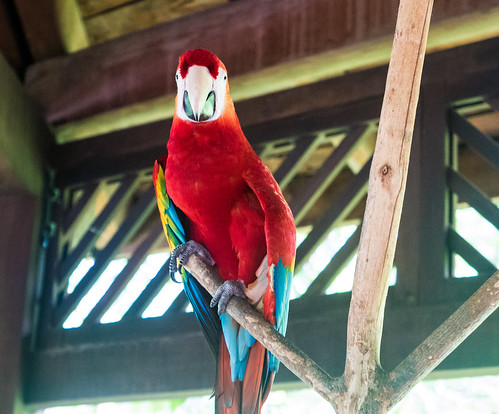 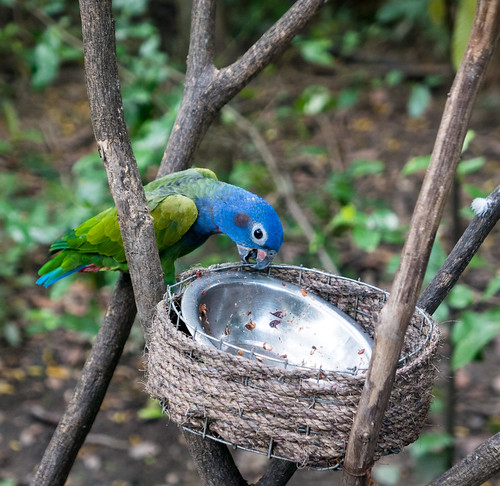 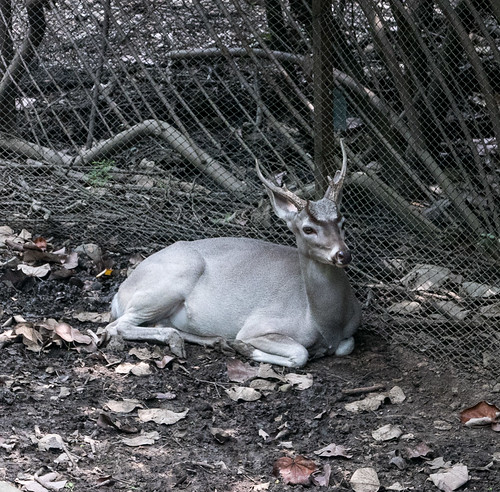 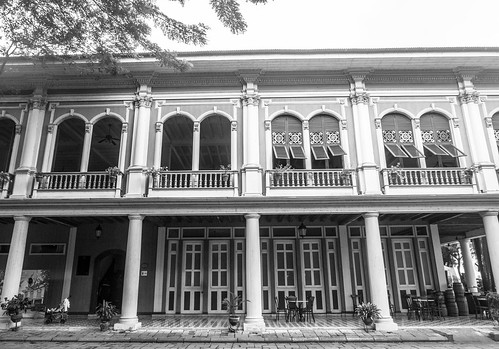 In the historical (or Malecón 1900) zone, there are some colonial houses which were rescued from Guayaquil centre and beautifully restored from dilapidation. Finally, a goat took a liking to my arm in the farming area, which was flattering, I guess. The park is shaded for the most part which is very handy when the mercury is as high as it was: pushing 35 degrees and uncomfortably humid. It's definitely worth a few hours walking around. 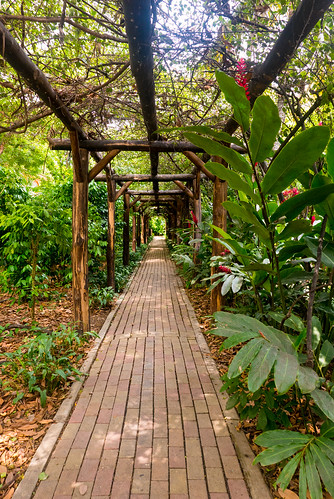 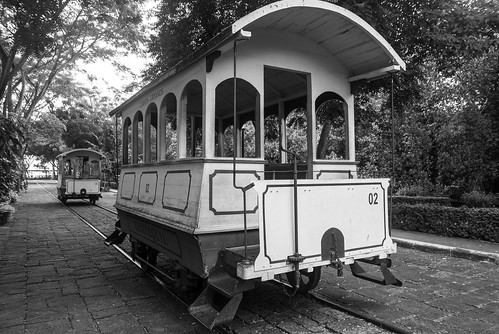 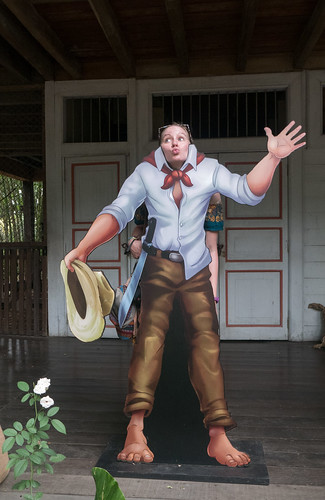 We retreated to the air-conditioned bliss of NOE Sushi for lunch to scoff some delicious rolls and a trio of desserts before getting a taxi to Malecón 2000. This is a relatively new pedestrianised park/green space, designed to improve the image of Guayaquil which was historically considered to be a dirty, unsafe city. We arrived too late to go to the museums but we were able to see an impressive replica of Henry Morgan's pirate ship and climbed a tower to take in the view of the area. Since we were going to the Galapagos the following day, we'd been advised to stock up on dry food since the prices on the islands were around three times the price of anything in the Ecuador mainland. We hit a supermarket and bought pasta, snacks and oil, before going to another branch of Frutabar for a happy hour cocktail whilst waiting for Felix to finish work. 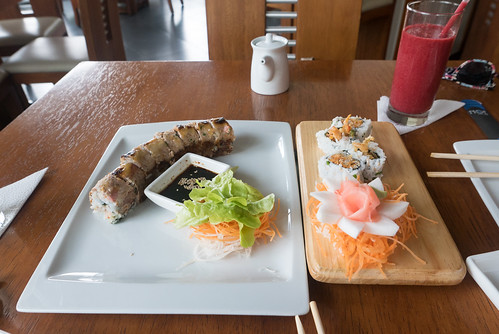 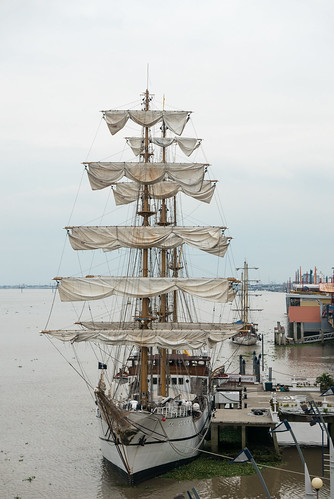 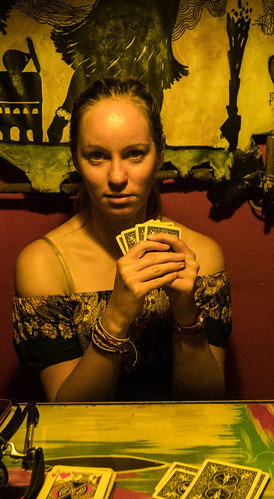 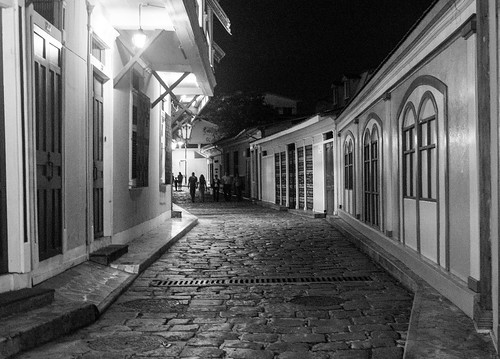 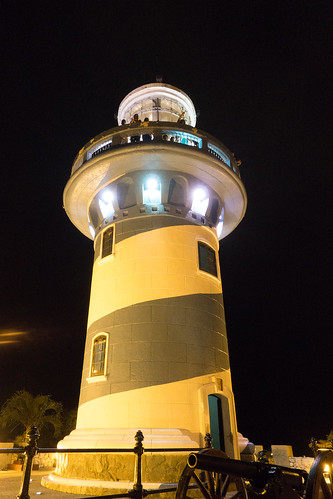 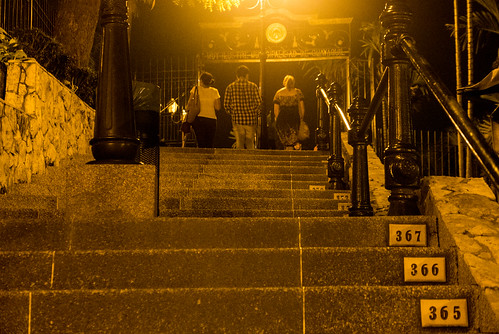 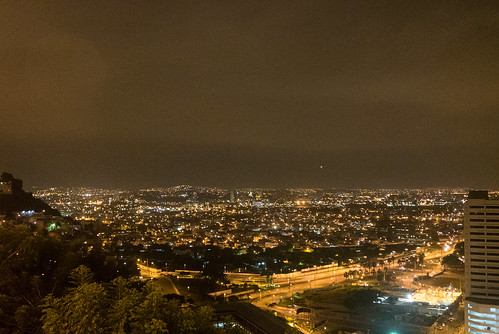 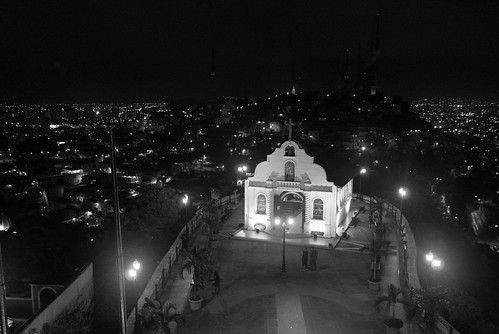 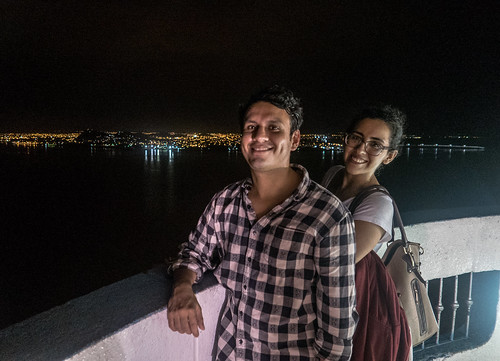 He met us with his friend Consuela and we took a walk to Las Peñas which is one of the oldest districts in the city, filled with art galleries and bars. We stopped at two galleries to chat to the owners and look at their work before walking up the 444 steps to the still functioning lighthouse at the top of the district. The humidity was intense, so an air-conditioned bar was very welcome. Felix had a word with the bar staff, and the music switched to salsa; before we knew it, he and Consuela were teaching us how to dance the salsa in a tiny bar, with far more success than our brief attempt in Sucre. Apparently Gilly is a natural Latina. I'm more of a work-in-progress, which is an accolade far higher than I was expecting. 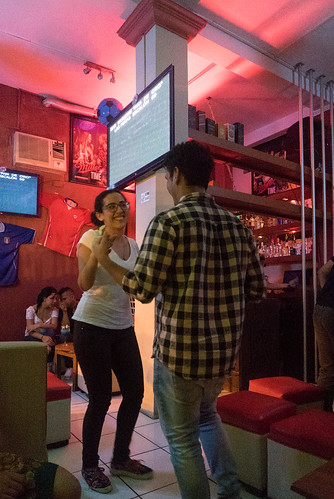 It was getting late and we were all hungry, so Felix drove us all around the area to try and find some food, not helped by a blackout which had knocked the power out in all of the blocks with likely restaurant choices. As luck would have it, we stumbled upon a Shawarma joint which was still open and served amazing crunchy falafel wraps. Couchsurfing, and in particular the hosts, never fail to impress. Everyone we've met had been genuinely wonderful, and we're really looking forward to opening our house to people in return when we get back to the UK. I couldn't keep my eyes open on the journey back home, but once there we packed as best we could (with help from Felix's two crazy cats Mars and Cairo) ahead of a 10:40am flight to the Galapagos the next day. 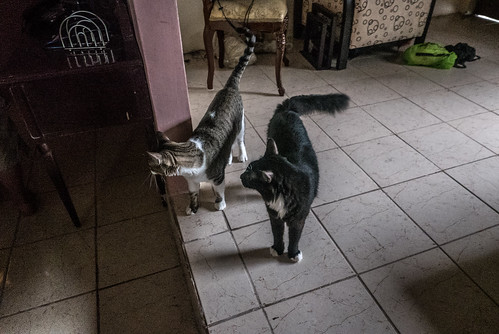 It had been a short stay in Guayaquil and we'd have loved to stay longer and explore more, but time wasn't on our side. Still, Felix had looked after us like a gentleman for the entire time and we were incredibly grateful for our two days there.
Posted by Rob Kershaw at 12:06 PM