If anything, I slept worse on the sleeper bus to Nha Trang than on the one from Hanoi to Hue. After trekking for about 30 minutes to find "Hotel Alley", we checked in at An Hoa and I got a couple of hours kip. We headed out for lunch on the recommendation of the hotel staff to Mecca and had some great seafood (swordfish for me, fish in a clay pot for Gilly).

Feeling a little more with it, we wandered along the beach. The weather was warm but overcast and it drizzled periodically, but it was a refreshing walk. There isn't actually that much to do in Nha Trang; it's a fairly small beach town with a couple of historic sites and a huge stretch of beach, and is inexplicably popular with Russians - so much so, that many of the menus have Vietnamese, English and Russian translations.

We decided to take it easy on the first day, and treat ourselves to a pizza at Olivia - the second best pizza we've had since Vientiane.

On the second day we walked up toward the Long Son Pagoda, whose claim to fame is a huge white Buddha on a hill behind the pagoda itself. It's adorned with memorials to a number of monks who killed themselves through self-immolation, including Thich Quang Duc, mentioned a few posts back. There is a large cathedral in Nha Trang and we saw significantly more Catholic artwork and trinkets in the town than anywhere else in Asia until now. 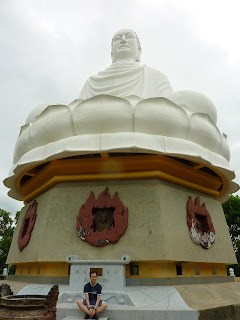 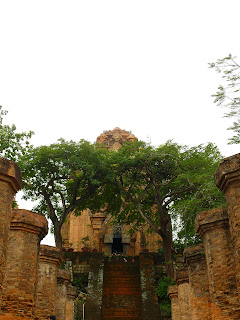 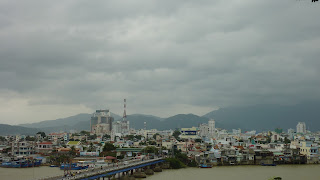 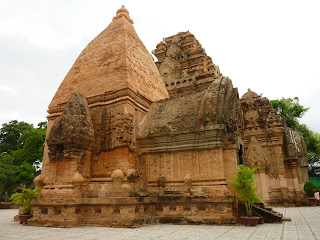 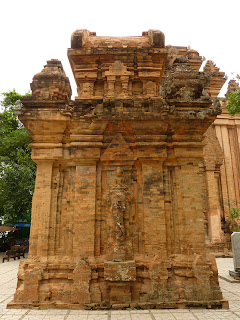 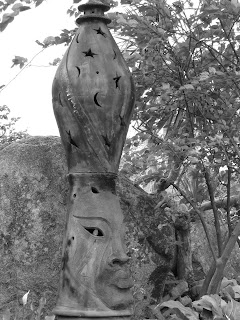 We got a motorbike taxi to the other main historical site - Po Nagar Cham Towers, which was a fairly interesting diversion, but nothing particularly spectacular. A motorbike taxi back to town brought us to our lunch destination: Lanterns. To be honest, we couldn't see what all the hype was about on Trip Advisor, as the food was distinctly average and we much preferred yesterday's meal at Mecca. On the upside, Lanterns hands out free meals each Monday to the locals and also does a lot of charity work in the area, so there are definitely worse places to spend your money.

In Nha Trang, I also found some fresh milk for the first time in 2.5 months. Needless to say, I was pretty excited: 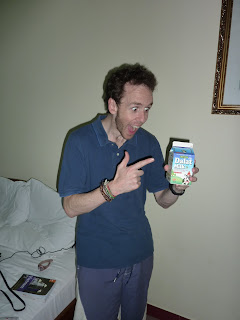 Nha Trang has the world's longest over-sea cable car, but the weather just wasn't worth us taking it - the visibility would have been appalling. On the upside, we did see some spectacular waves on the beach.

We ended our last day with some excellent seafood at Cafe Des Amis, followed by a quick drink at Why Not? bar.

We have booked an early morning bus to Dalat tomorrow (7:30am) which should take 4 hours - not too bad. We also need to try and book accommodation for New Year, as we are hoping to be in Sihanoukville in Cambodia, and it looks like hotels are selling out all over...
Posted by Rob at 5:08 PM

Or you can come to Phangan and celebrate New Years with us. We'll find you where to sleep :)
Russians again