Rotorua's luge is a go-kart track, where the go-karts are motorless plastic toboggan on wheels, with a metal pipe planted between the front axle to act as a brake. Legend has it that the chap who came up with the idea used his granddaughter as a guinea pig and took her up mountains with a kart and then picked out possible paths to navigate through, before they both hurled themselves down the slopes. The North Island's tracks were such a success that another was opened up in Queenstown. Since we didn't get the chance to do it there, we didn't want to miss the opportunity and Gilly had it pencilled in the moment we heard about it.

There are three tracks to choose from - beginner, intermediate and advanced, with differing gradients. Since the queues for the tracks can take up to 10 minutes, and since the luge rides themselves can take anywhere between 5 and 10 minutes to complete (depending on if you stop to take photos - which you can only do on the beginner track), and since the gondola that takes you from the finish point back to the top takes another 10 minutes, you're looking at a good 3 hours if you buy a 5-pack of luge rides.

The views from the top were, as expected, sublime. 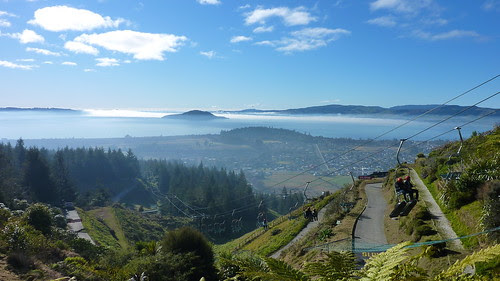 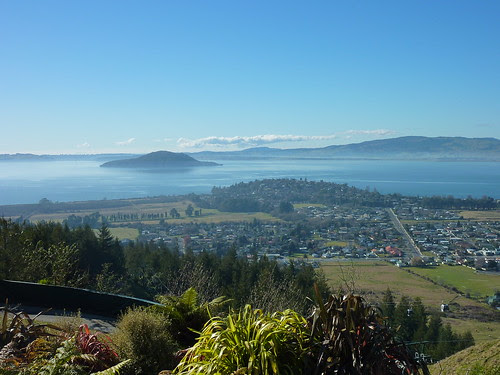 If the luge sounds perilous, it is. You get given a helmet and...that's it. The rest of the safety is left up to you. 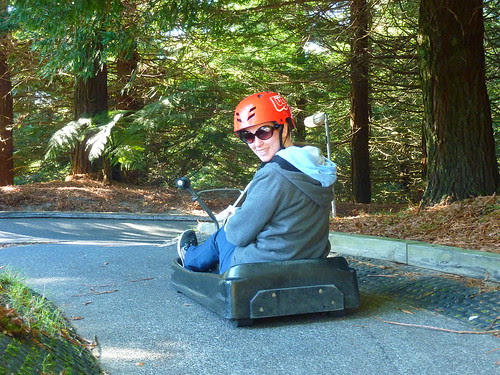 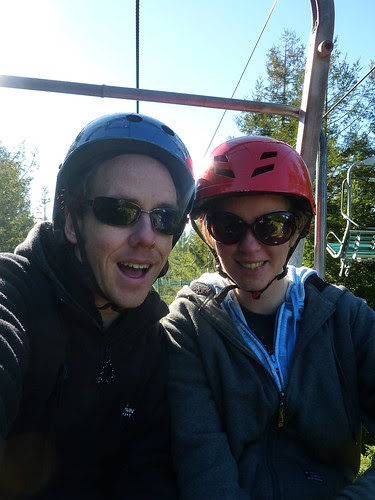 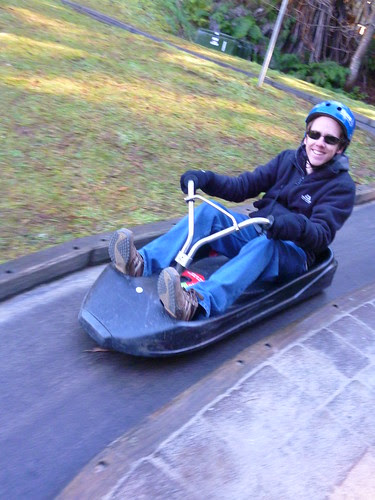 Steering too sharply may see you go around a corner on two wheels, or worse, come off completely. It is highly recommended to wear gloves and something a little more padded than a t-shirt. Gilly found this out the hard way. Keen to keep me at bay, she sped along the track a little too eagerly, and hit a rut in the track which sent her off the kart and belly first onto the road. I came around the corner to see her rolling along the middle of the track. Fortunately the only lasting damage was to her hoodie and to her gloves, which thankfully took the brunt of the impact. I wouldn't have liked to see the state of her hands if she hadn't been wearing them. 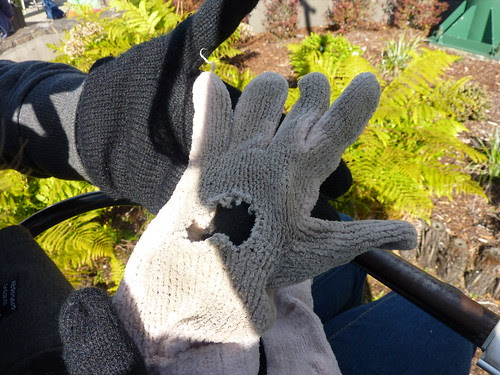 It's also a good idea to keep your luge tickets stashed away in your pockets. They have a nasty habit of falling out when you're sat in the gondola, as the multitude of tickets strewn over the rocks below can attest to.

The luge is great fun, but more tiring than you might think. The tracks are well laid out and provide plenty of dips and slopes to keep the kart moving quickly which will please the speed demons, but you should keep away from the sides of the tracks if you can, as these don't appear to have been as well maintained - as Gilly found out!

On our way down to Taupo, we stopped at Huka Falls, a smallish waterfall which is home to one of the many jetboating companies found throughout NZ (this one is appropriately named "Huka Falls Jet"). The Shotover Jet is possibly the most well known jetboat experience, which is naturally found in Queensland. The concept is the same throughout though, and the scenery is the only difference; you get into a boat and it speeds along before spinning around and soaking you. The whole trip lasts for about 20 minutes and is an exorbitant price considering what you are actually paying for. Still, the punters on this one seemed to enjoy the ride. 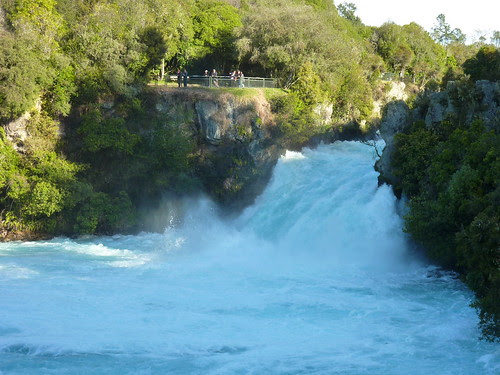 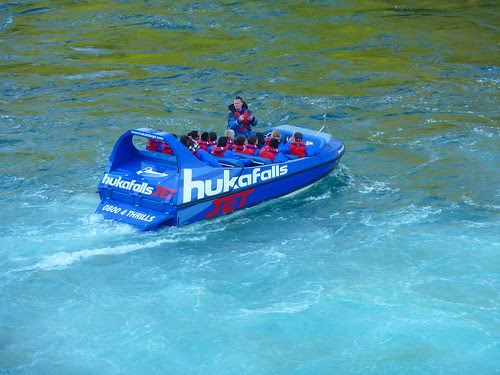 We stopped at a park near Taupo in the afternoon and I found a payphone and made a booking for the third major NZ activity (after skiing and bungy jumping) we had planned to do from the very beginning of our trip: skydiving. If plummeting to the ground attached to an elastic band wasn't hardcore enough, we thought that being strapped to someone and relying on a nylon canopy and a few bits of cord might provide the ultimate adrenaline rush.
Posted by Rob at 1:01 PM