We decided to learn how to cook Thai food, following a recommendation from Hayley. This was a fortuitous decision as the day was overcast and then started to rain later on, whilst we were a good half hour away from Chiang Mai on the Thai Farm. Before that though, our amiable teacher, Turian (don't snigger, Mass Effect fans) had taken us tp the local market and explained the various rices and sauces we will be using in the class. We then drove to the farm itself, and were given a tour of the well-stocked garden, as Turian showed us all of the organic vegetables and herbs used in the dishes we would be preparing. The menus we selected were:

We picked a few things from the garden, but the majority of the ingredients were ready for us to start chopping and using courtesy of the frighteningly efficient farm staff.

It turns out that Thai food is very easy to make. Stir-fry chicken with basil literally took 5 minutes to chop the stuff and about 3 minutes to cook. The soup was even quicker, and the bananas were literally a minute. The only thing that took me any time was the curry - I had to make my own green curry paste by smashing stuff up with a pestle and mortar, mix it with the chicken, then chuck the whole lot in a pan with veg and water. Dead simple really. It tasted far, far better than the stuff we get in jars back home. Also, people who know me will know that I hate soup. Hate it. Today was no exception, even though I made it myself. I dislike pretty much any food you have to drink. Soup, custard...no thanks. Hopefully this will put to rest any badgering to try more soup from Gilly - if I don't like the stuff I make myself, there's no hope.

Anyway, here's some before and after shots for posterity:

Soup (before and after) 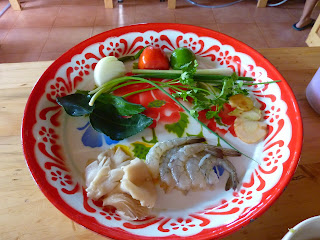 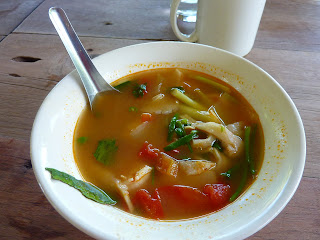 Green curry (before and after) 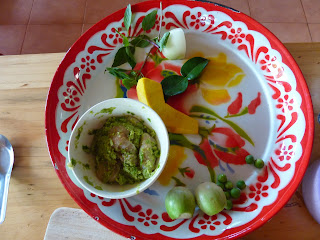 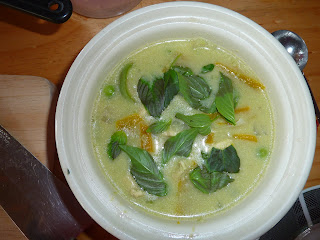 Stir-fry chicken with basil (before and after) 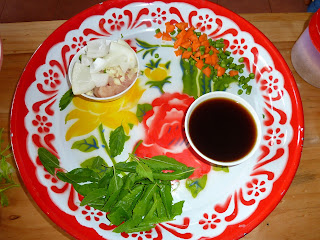 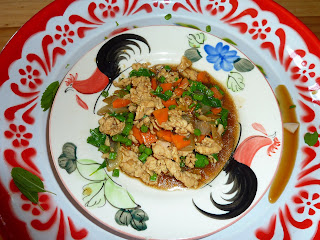 It turns out that I'm not very good at making spring rolls despite my best efforts. The cornpaper simply wouldn't stick, no matter how much egg I used. Turian kept saying "spring roll FAIL" which was amusing, if hurtful. I jest, she was fantastic and incredibly patient with us all.

Of course, we ate pretty much everything we made so by the time the course finished at 4pm, we were completely stuffed and still had some Pad Thai and spring rolls left over to snack on in the evening.

We had a fantastic time, and I can highly recommend Thai Farm to anyone visiting Chiang Mai!

It all looks amazing. Remind me to get you guys round for dinner when you get back.

Lookin good fellah. I've now left Iris too. Travelling would be nice but I've got my own adventure to run now for the next month - Lead up to getting married :)