It's been a busy but enjoyable three days. Chiang Rai was our destination after Chiang Mai, and it's an odd little city which mixes the western bar vibe of Kanchanaburi with more traditional Thai aspects. The centre is quite small and we soon became familiar with the layout, unlike Chiang Mai which boasted a dizzying number of sois (side treets) and where you could quickly lose your bearings.

The first place we hit was a small museum dedicated to the hilltribes of Thailand, and which also provided some insight into the opium trade over the centuries. For instance, I didn't realise that we took control of Hong Kong becase Britain defeated China in a war over opium (we wanted to keep trading it, they wanted to ban trade of it as they considered it dangerous). Similarly, we learned that the longneck Karen people (Paduang) you may have seen with elongated necks covered in rings are actually Burmese refugees who have been presented with the choie of deportation back to Burma, or working in tourist zoos for people to stare at and take pictures. It's both shocking and saddening, and like the Death Railway museums we saw, makes you wonder about our humanity. Unlike the railway though, this is still happening to the Paduang and all I can say is that under no circumstances should you encourage this kind of barbarism by visiting their "camp" on a tour - it would only cause their masters to exploit them further.

We ate at a roadside cafe the first night for the princely sum of 60 baht (£1.20). I had a green chicken curry with which I was also offered some small dark cubes of something the server described as "but". I thought it was tofu of some variant, but when I cut into a cube, it looked suspiciously like liver. Then I realised that she was actually offering me "blood". Yummy. I gave it a try regardless, it didn't really taste of anything - possibly because I was trying to swallow it as fast as possible to avoid any potential nastiness. I didn't die, so I guess it was OK. Gilly went for a fish curry but forgot to ask about the spice level and consequently spent the meal suffering from heat sweats. She won't be making that mistake again. to make up for it, we decided to try out Swensen's ice cream parlour. We'd seen a couple of these in Thailand but didn't want to get too "westernised" when we first arrived so never ate there. This was a mistake. They do unbelievable good ice creams and desserts; I went for a stcky chocolate sundae, whilst Gilly opted for a waffle filld with banana and three different types of ice cream. Sadly we didn't have our cameras to take photos, so we may have to visit again to rectify the situation...

The next day we went to the White Temple, a phenomenally impressive work of art set in immaculate grounds. All sweeping Gothic spires and pristine white carvings of the grotesque and fantastical, it looked like a twisted version of a Gaudi building, covered in icing. The photos don't do it justice, but there a few at the bottom of the post to give you an idea.

The whole place is the brainchild of Chalermchai Khositpipat an incredibly prolific artist and sculptor who at his peak was churning out 200 works a year. A little eccentric by all accounts, he has the plan for the finished grounds completed and expects his masterpiece to be ready in 2070, long after his death. He has about 60 acolytes working who he is training in his unique style. And I do mean unique - where else can you find art that mixes Buddhist iconography and modern-day characters such as Superman, Harry Potter, Spiderman and the Predator within its murals? If you see one sight in Chiang Rai, make sure it's the White Temple.

We ate last night at da Vinci's after getting another craving for some western food. We shared a huge pizza from their wood-fired pizza oven, and a massive mixed salad that came with a mountain of bread, all enjoyable. I would suggest if you want something different, go down the street to Aye's; they are part of the same chain and we saw people ordering food from da Vinci's having it delivered by a guy from Aye's, presumbly after it was cooked there. Very odd.

Today we went to the polar opposite of the White Temple: the Black House. Created by another famous Thai artist Thawan Duchanee, the contrast to to the first location couldn't have been starker. Here, everything was horns, skulls, pelts and dark teak. Stone carvings were weathered, and the teak buildings were strewn haphazardly over the grounds. It had a more organic feel than the White Temple, but I still preferred the clean lines and more intricate attention to detail of the former site. That's not to say the Black House isn't worth visiting, far from it. A tuk tuk there will cost about 250 baht, but go after 1pm as they close for lunch between 12 and 1.

And this almost concludes travels around our first country. Tomorrow we are getting a bus to Chiang Kong and then crossing the border to Huay Xai in Laos. Our first stint in Thailand has been very, very enjoyable. The people, food, sights....all fantastic. I can only hope the rest of SE Asia is as fun! 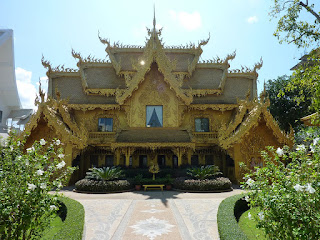 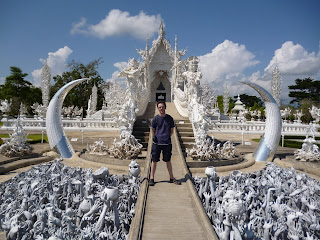 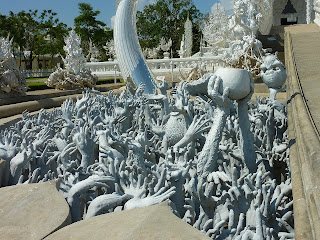 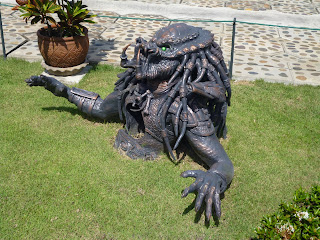 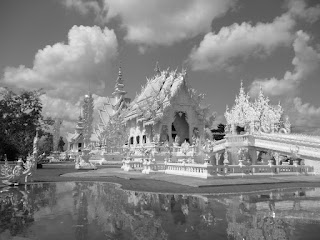 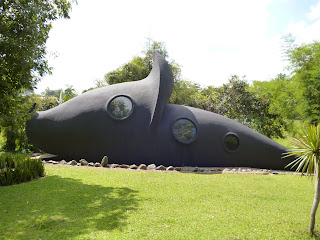 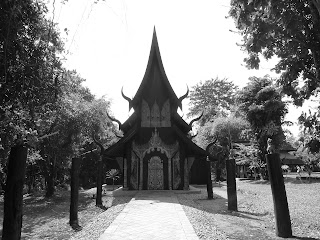 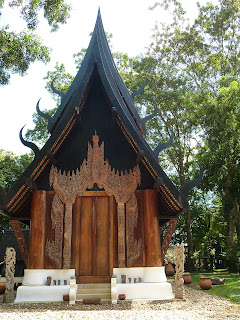 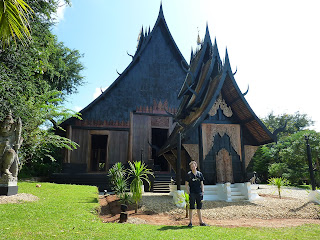 I am Jihee from Trazy, an online travel booking platform exclusively focused on Korea and currently expanding its service to Thailand.

You can easily sign up at https://www.trazy.com/affiliate. Also, feel free to ask me any questions about the affiliate program. You can contact me at trazycrew@trazy.com. I would be happy to give you more details!