Our drive north was eventful if only because we hit traffic. Lots and lots of traffic. The I-680 was closed and that meant a good few hours sat in the car, not going very far. We managed to snap a cracking view en route to Oregon though. 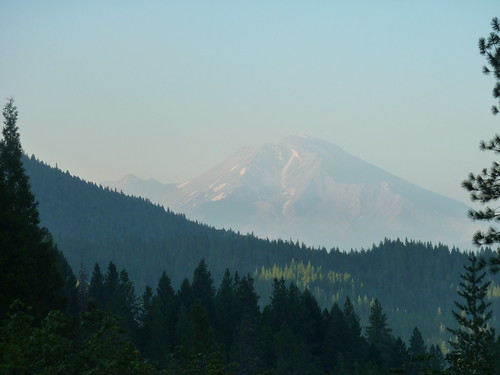 1.) They have no sales tax. What you see on the sticker is what you pay, which is a novelty when you've been marching through the US for any period of time, doing mental gymnastics about what you actually need to hand to the cashier. It's like the UK. Hurrah!

2.) You're not allowed to fill your own car with petrol. It has to be done by a pump attendant. Why this is the case is still something of a mystery; some say it allows the states to create jobs for attendants, whilst the government says it prevents dangerous overfilling and protects kids from fumes. The only other state that has this law is New Jersey, the weird uncle of the USA. You have to acknowledge its existence, but you don't want to spend much time with it.

By the time we hit Ashland, it was late afternoon. We'd booked the Ashland Commons for our night's digs, a hostel-cum-serviced apartment where we met a girl named Rachel who was heading in a similar direction to us. Sharing a love of eastern cuisine meant that the only sensible option for dinner was Thai Pepper, the first Thai food we'd had in ages. We got back early in the evening and spent time reading up and planning the next day's activities. We had a Couchsurfing offer from a gent who didn't think he'd be able to accommodate us, but then unexpectedly could. At that point though, we'd already accepted one from a lady called Laura in Salem. Oregon is filled with generous Couchsurfing hosts. We had our own private room in the place and slept well.

The next day we headed to Crater Lake National Park. The lake is the result of Mount Mazama collapsing around 6,800 years ago and filling with water. More volcanic activity from the caldera floor created the cinder cone known as Wizard Island which you can see in the middle of the lake. 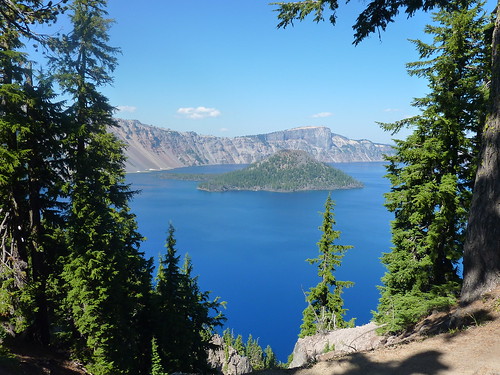 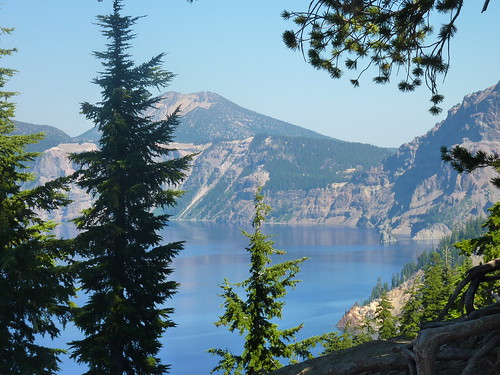 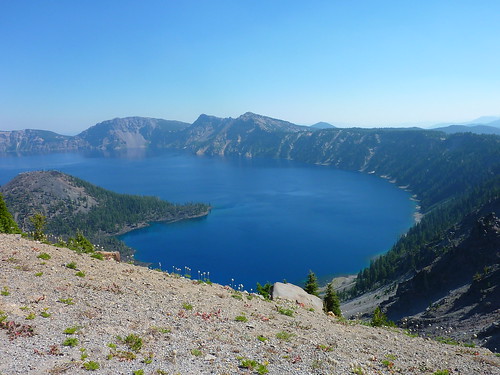 The only safe way down to the lake is via the Cleetwood Cove Trail, a 218-metre descent covering just over a mile.

It's a hugely popular place for people to swim, although you may not think so when you first hit the water. It's bloody freezing. It took us a lot of dipped toes and mooching about before we decided to take the plunge. Highly recommended, but only on sunny days when you'll be warm and dry within twenty minutes of getting back out. Fortunately, this was one of those days. 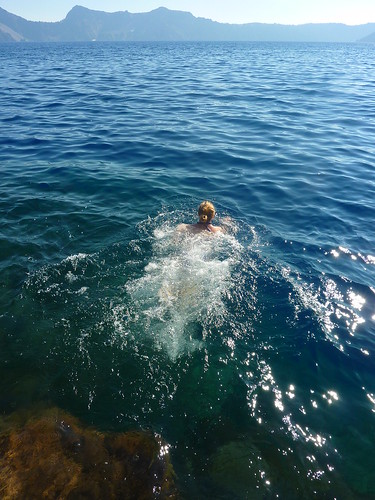 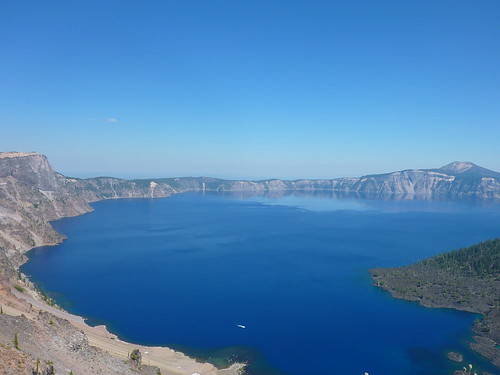 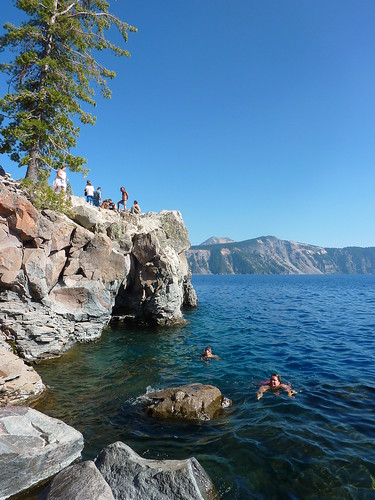 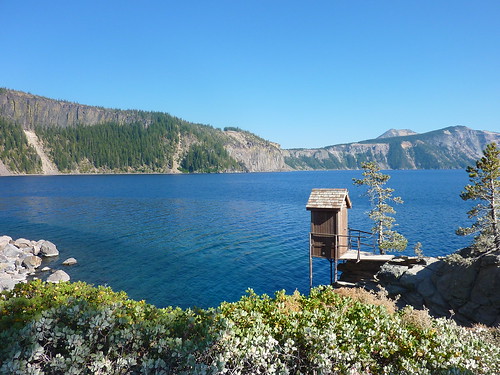 After our shivering escapades in a volcano (another one ticked off the list!), we grabbed food from Beckie's Cafe and once again hit the road. A long, long road to Salem. 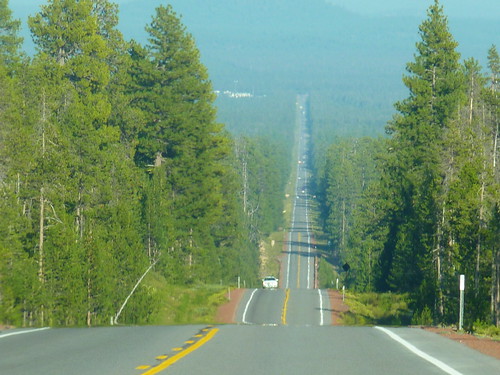 Laura lived with her husband and his ex-Army buddy Dave. Even though it was her birthday, she was really happy for us to come and stay with them all. They were massive geeks - when we arrived, they were watching Star Trek. They also knew Red Dwarf inside out. They were, in short, fantastic hosts.

After stuffing ourselves full of pizza, natch, we upped the geek level and played a game of ZOMBIES!!! Three exclamation marks may be considered excessive for the name of a tile and dice game, but it was fun nonetheless. I'm not entirely sure who won, as the events that followed overshadowed it somewhat. 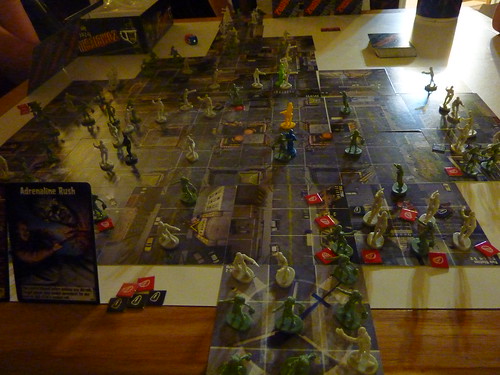 I mentioned Dave was ex-military. I didn't mention that he had an entire arsenal in his bedroom. I thought he was joking when he suggested showing us, but took him up on the offer anyway just to see what he brought out.

I was expecting a handgun and perhaps a rifle. What we got was:

- A shotgun.
- A Beretta handgun
- A hunting rifle
- A goddamn Kalashnikov
- What looked like some sort of M4 carbine
- A concealed handgun (you know, for walking around town)
- Oh, and a sniper rifle. Which he built himself. 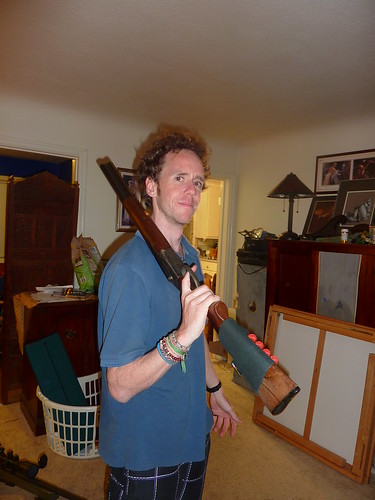 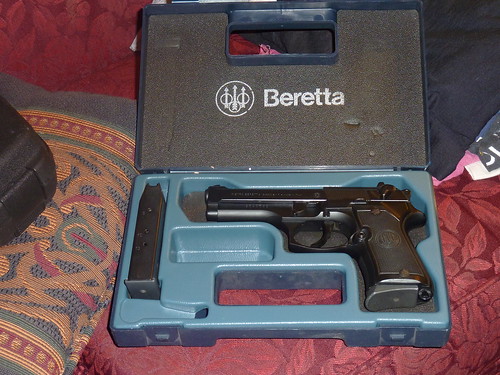 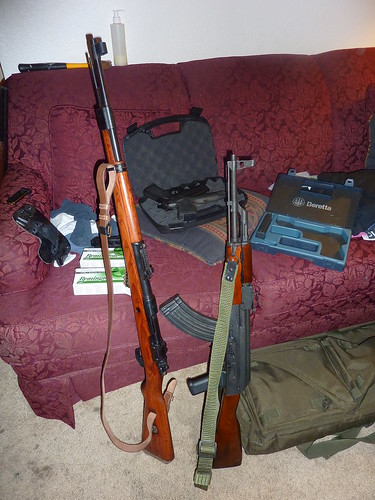 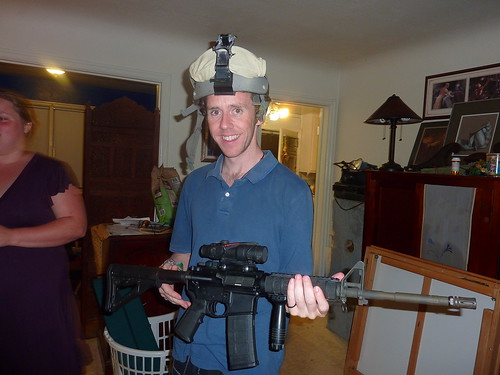 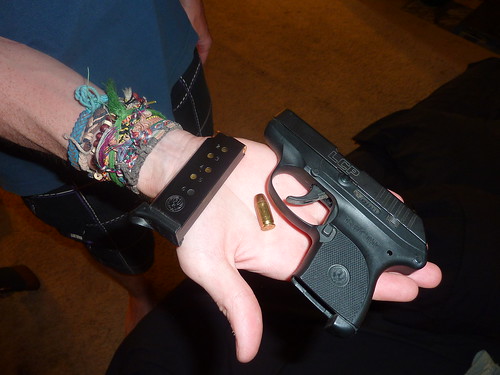 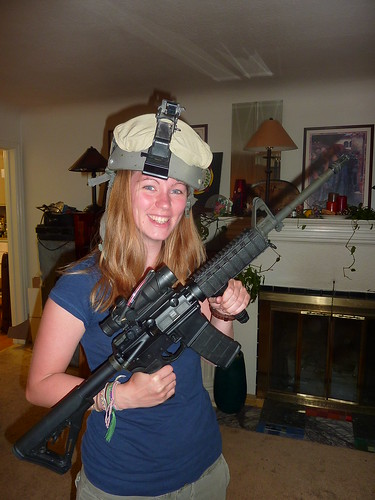 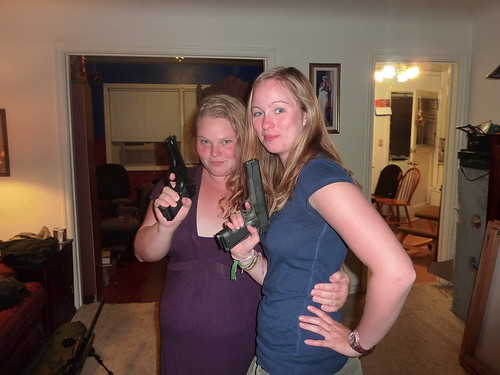 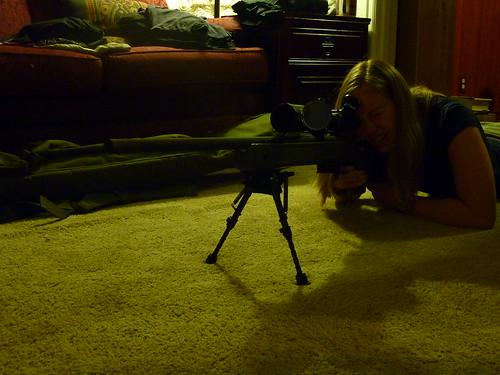 Chuck in a night scope and headgear, and we could have played a live version of Counter-Strike right there in the house. It was both awe-inspiring and terrifying in equal measure. There was enough firepower in this guy's room to wipe out the entire street. I didn't dare ask if he had any grenades, as I wasn't sure I wanted to know the answer given that we were staying there overnight. If anyone wonders why there is a gun problem in the US, the answer is right here - none of these weapons were secure, they were just sat in the house, next to the ammunition (live, of course), and available for any enterprising burglar to come in and help themselves to enough weaponry to begin their own military coup. Still, I felt pretty safe knowing that if the zombie apocalypse did hit Salem that night, we'd be well prepared.

The next morning over a very, very hearty breakfast (some sort of potato / pepper / fried thing - I have no idea, but these guys knew how to eat!) Laura regaled us with stories of the time she went to the Star Trek Captains convention in London - the first time all five captains had been together for an event. By Laura's reckoning, although the rest of them were lovely, Kate Mulgrew is something of a money-grabbing ice queen who refused to have any photos taken of her with Laura's young niece without coughing up $80 first. All that black coffee (sorry, "Coffee. Black.") must have built up the bitterness over the years. Laura also told us about a CouchSurfer who refused to leave after staying for a couple of days. After promising to leave, demanding food and generally being a complete arse, it took Laura to dump the woman's stuff on the front porch before she got the hint.

We'd luckily managed to get through our CouchSurfing meets with only great memories, but the next day would prove to be a little more challenging...
Posted by Rob Kershaw at 1:24 PM