Ravi had a meeting the next morning, so we took it easy and popped into Costco again where Gilly managed to find another massive friend. 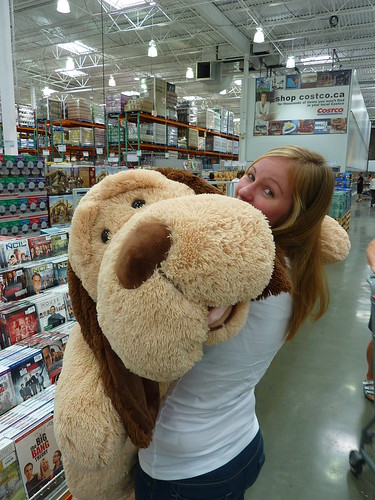 We headed over to Granville Park in the evening to the Sandbar restaurant for some tasty fish and mussels. Well, most of us did. Ravi decided that fish was not in keeping with how he rolled, so decided to go rogue. 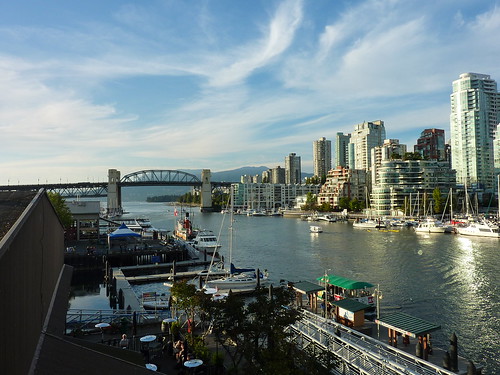 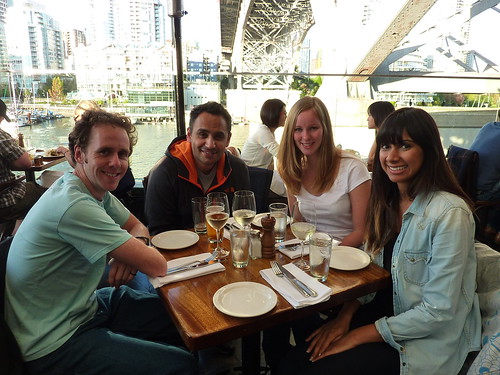 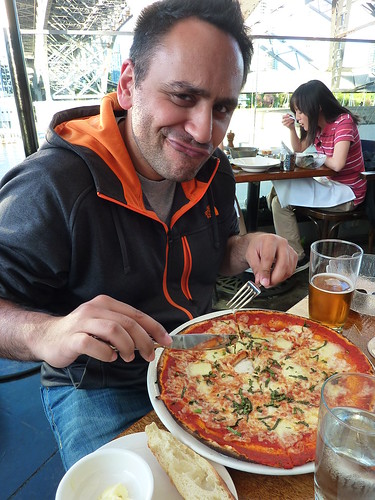 Our reason for visiting Granville was to see the Vancouver TheatreSports League - a renowned improv event at the Improv Centre. Many famous improvisers have wandered through these doors, and Whose Line fans will recognise at least a couple of them. 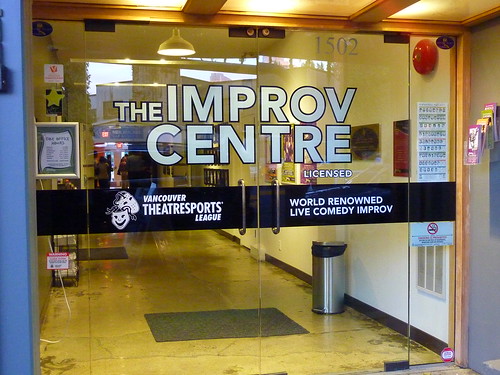 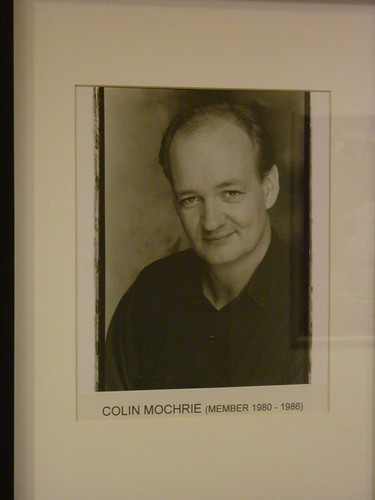 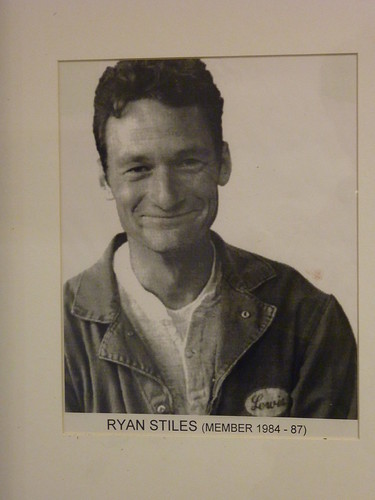 It was a very enjoyable show, with various improv troupes battling each other on stage. The MC took suggestions from the audience and then each team performed these same suggestions in completely different scenes, having had no knowledge of how previous teams had tackled them. The inventiveness really highlights how differently the minds of different improvisers work. Getting in the spirit of things, we improvised a classic "four moods" photo before heading out onto the marina and home. 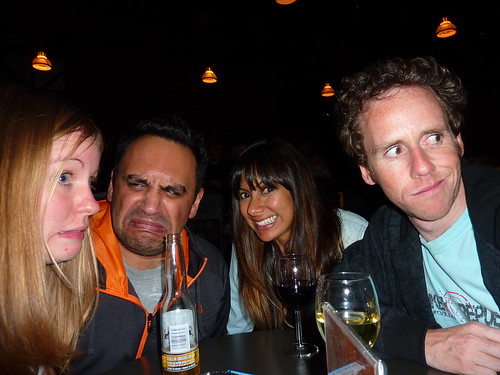 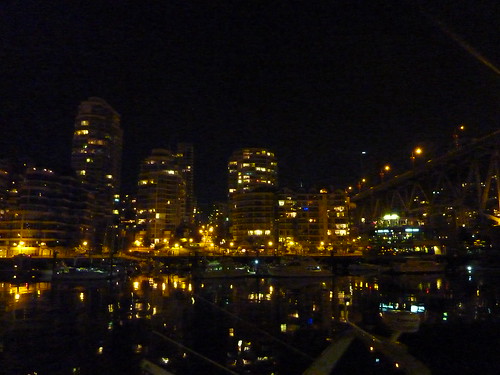 Granville was a lovely place - so nice, we decided to come back the next day via the Olympic Village, which is now a series of very expensive apartments, next to the Telus science centre and not far from some HUGE BIRDS. 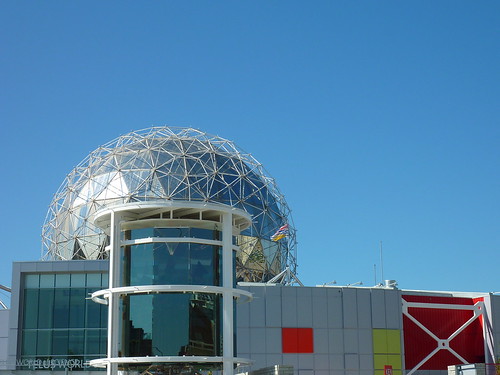 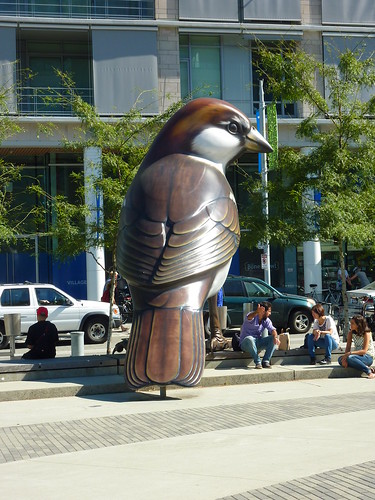 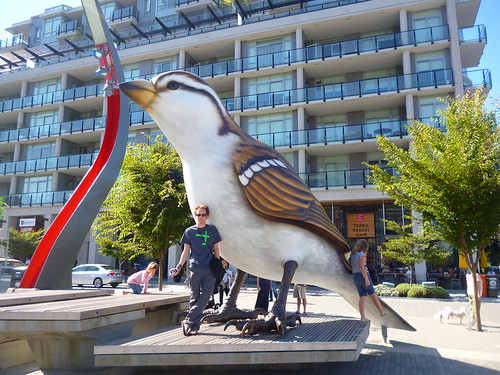 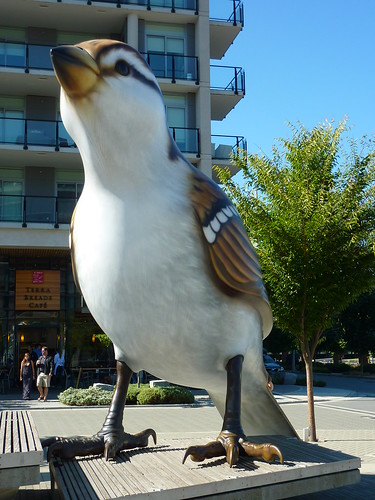 A quick bite to eat at Terra Breads Cafe, and we were ready to hit the ales. There are lots of places to get beer in Granville, it turns out. We decided on the Tap Room to start with, and hit the tasting menu. I went for three lagers: Island, Cypress Honey and Raspberry. 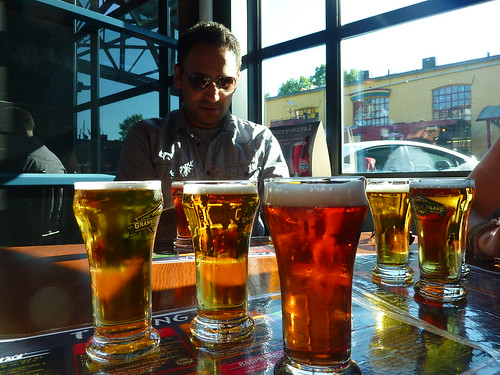 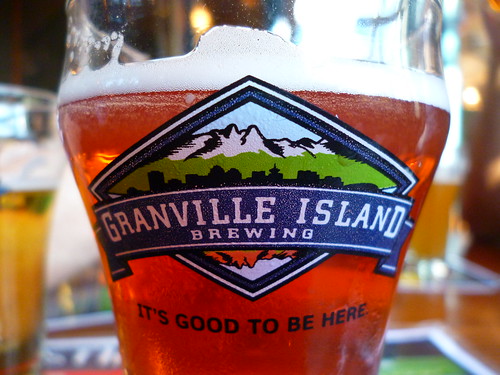 That was just for starters though, as we then hopped on an Aquabus and went over to Rogue Kitchen and Wetbar for more. I am not entirely sure what I ordered, but it was orange and came in a chalice so I can only assume it was some sort of offering. 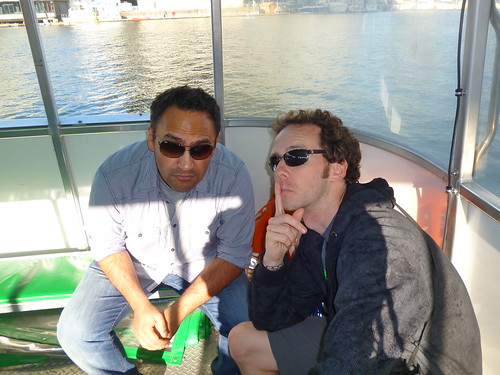 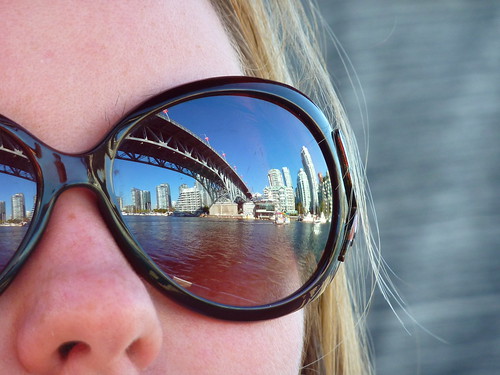 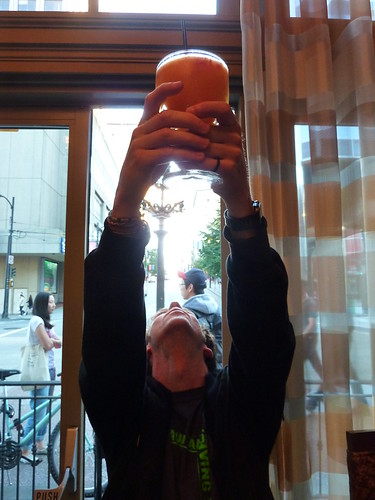 We needed to head back that evening to go to Sunny's cousin Dylan's 19th birthday party. These guys knew how to throw a party, and Dylan had a great time. 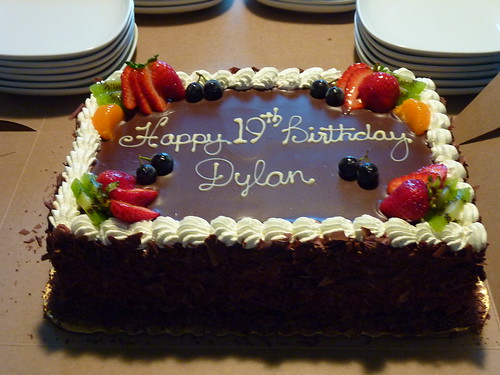 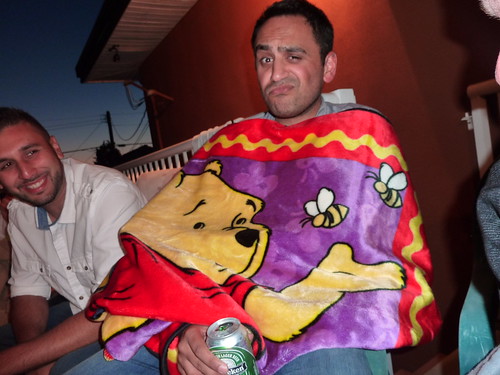 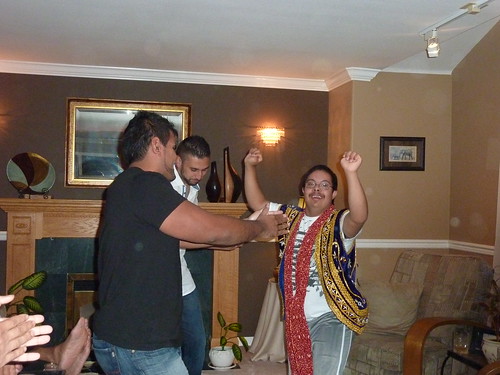 That night, Gilly decided that she wanted to get some water so decided to go downstairs to the ground floor to fill a glass. On the way back, she noticed the downstairs light was on, so turned it off. Then, in a sleep-addled state and a now darkened room, she went to go back upstairs...except the stairs down to the basement were right next to the stairs up to our floor. Putting one foot confidently out, she attempted to walk up the stairs going down. She ended up landing in a heap at the bottom. 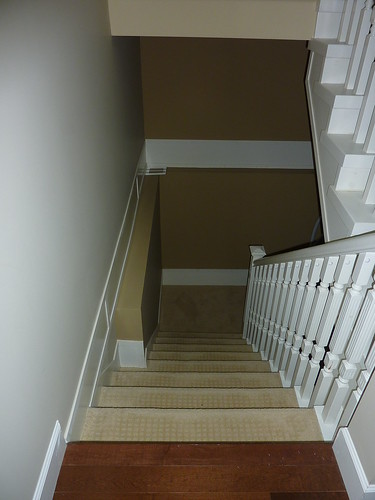 If the floor hadn't been as well covered in plush pile carpet, the damage could have been a lot worse. She came back upstairs and I stirred in the night and must have knocked her hand, but as I was also half-asleep, I assumed she had just dreamed that she'd fallen. It turned out that this wasn't true. The two points that are worth taking away from this are: 1.) The light was on a timer so didn't need turning off. 2.)  There was was a bathroom next door to our bedroom so a trip downstairs wasn't even needed in the first place. Oh dear.

Sunny's mother works in a hospital as a nurse, so we decided to swing by her place the next morning and have her take a look. After some gentle prodding it looked like it definitely warranted a trip to the hospital for an x-ray. Vancouver gets a lot of health tourism from the US, so despite having a free national health service, they generally charge for admissions from foreign nationals. We had to fork out the best part of $750 just to get seen by a doctor, and when that happened about 5 hours later, it turned out that she'd broken a bone in her hand. This was the end result - an oblique fracture of the third metacarpal: 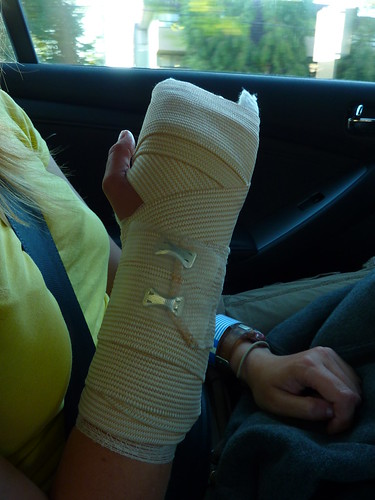 Sunny and Ravi patiently gave up their Sunday to wait and ferry us around, for which we're eternally grateful. We were also grateful that it was actually something worth waiting for, as perverse as that sounds. Thankfully, ACE Insurance were pretty understanding about it when we called up and while we weren't able to sort anything out immediately, we did manage to get back all of the costs we incurred whilst there when we got back.

To cheer ourselves up, we all decided to go out to the Bard on the Beach festival - a series of Shakespeare productions held throughout the summer. We had arrived for The Taming of the Shrew, which I'd never seen or read before. The closest I'd got was watching Ten Things I Hate About You, which doesn't really count.

It was excellent, possibly the best Shakespeare play I've seen to date. 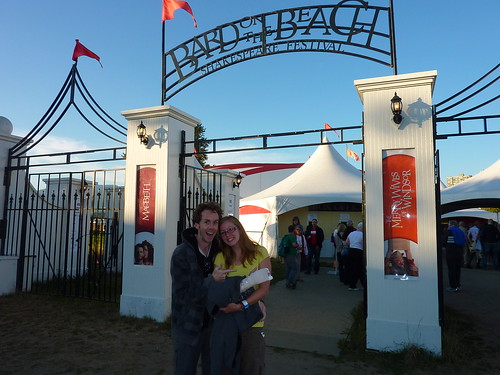 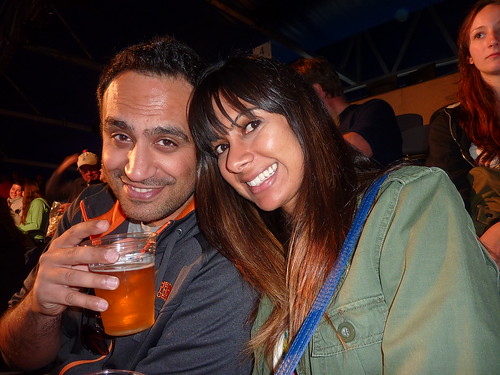 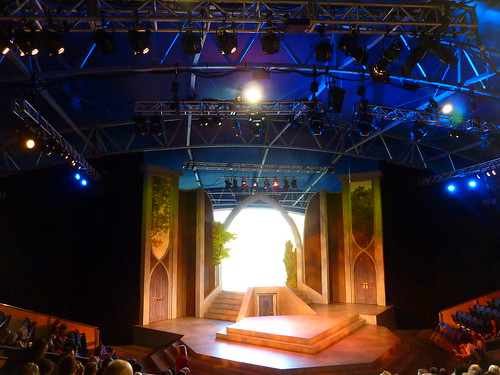 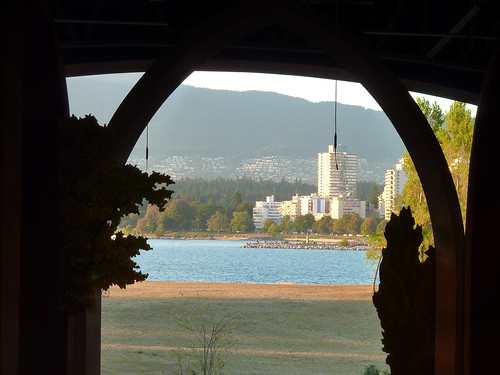 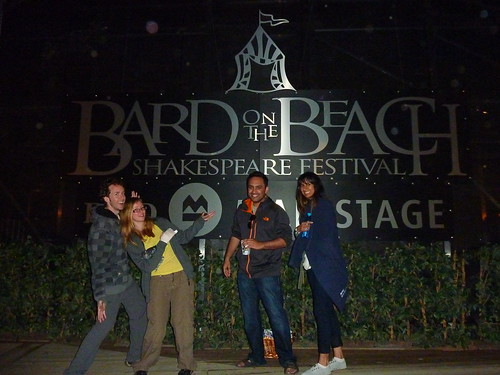 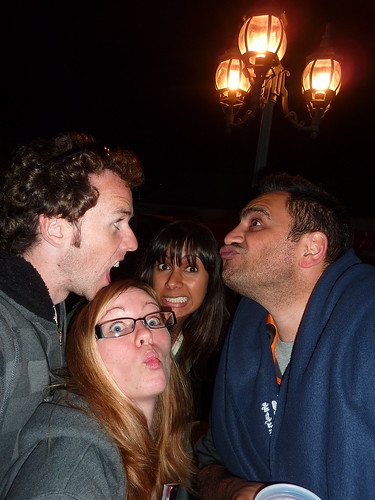 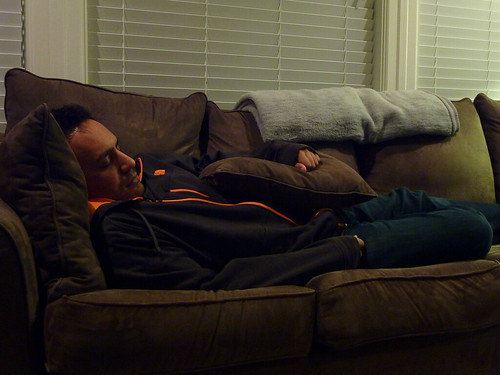 As Ravi can attest, it had been quite an exhausting day. It was also the last time that Gilly would be able to use her camera for the rest of the trip, leaving me on sole photo duties. And driving. And tying her shoelaces. And feeding her ice cream. And doing a lot of the carrying. YAY!