Aeroplane food has come a long way. I might be in the minority, but there's something about receiving a tray of goodies which is incredibly pleasing. The little rolls and pats of butter; the chocolate orange mousse; the salsa and tortillas - everything was excellent. British Airways furnished us with two full meals and a snack in between for our twelve hour flight to Rio, so it's just as well the grub was up to scratch. It also helped that the bar was well and truly open - a bottle of wine and a few cognacs en route washed down the honey and pepper chicken and pasta in style. Well, it'd have been rude not to.

I guess this is just preamble to the start of our next travelling adventure - seven months trekking around South America. We didn't have the chance to visit the continent on our last trip, so with our feet itching after three years of "normal" holidays, we decided it was time to get back on the road. Everything we've read in guidebooks and word of mouth suggests we're likely to get robbed and/or murdered whilst we're over here. People who have actually been here have had mixed experiences. My cousin Kathrine had her bag sliced open on an overnight bus in Peru, Paul and Fi experienced no issues at all. Ultimately it's going to be a combination of luck, vigilance and circumstance that determines our experiences, but we've got insurance to cover the worst case scenario so the only thing we can do is take each day as it comes and enjoy ourselves as much as possible.

Our flight was exhausting, and we got into El Misti Rooms via a yellow cab (who didn't drive off with our bags as we were led to believe all taxi drivers are programmed to do!) at just before midnight. The place is a rough and ready hostel - we got a bed each in a six-bed dorm, and it was comfortable enough even if space was a little lacking. It won't win any awards for upkeep, but the staff are friendly and work hard to keep the place clean and ticking over. There is also a happy hour where caipirinhas (the national drink - Cachaça, lime, sugar, ice) are two-for-one each night at 7 Reais. The current exchange rate is 5.75 Reais to the pound. Enjoyment is a given. Also, breakfast is included and we're paying a staggering £7 each per night. It's definitely possible to travel cheaply in Rio, it appears.

Sleep was fitful as you'd expect in a new country; the heat takes some adapting to as it's a humid 27 degrees on average, but thankfully the dorm is equipped with a decent fan. Interesting quirk in the bathrooms - the toilet seats are padded. I don't know why this intrigues me so much, but one wonders why this hasn't caught on back home. You can't be too comfortable, after all. We did manage to cram in a few hours sleep though, and our plan to just wander around Copacabana after breakfast changed immediately when we ran into an Israeli gent named Amit who was heading to Centro to join a free walking tour around the area and invited us along. As improv has taught us - say "yes" to everything, so we did.

Like most "free" walking tours, they're run by volunteers at companies who make a living off tips. Ours was Amelia, a mid-twenties Argentinian lady who knew her stuff (even more than some locals). We spent two and half hours in her company as she led a group of twenty around Centro and Lapa, taking in some of the main sites. From the Petrobras building (named amongst the top 10 ugliest in the world) to the beautiful Theatro Municipal, we also saw the famous Colombo Confeitaria (a bakery which we could easily have eaten half the contents of), Carmen Miranda's house, Praça XV (a square named after the 15th November - independence day) and the former palace, and a lunch at locals' favourite Os Ximenes for our first taste of feijoada. This is a traditional Brazilian dish with pork and beans which looks like a miniature swamp, but tastes fantastic. 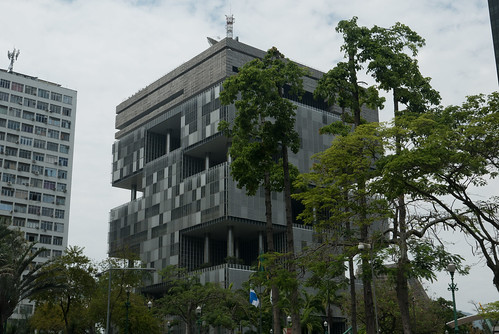 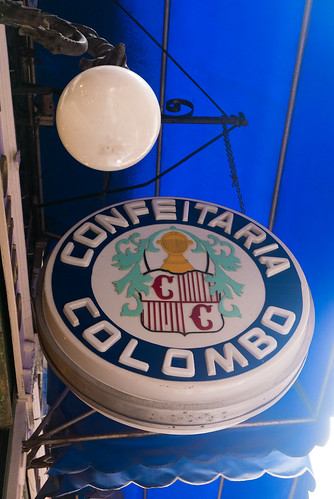 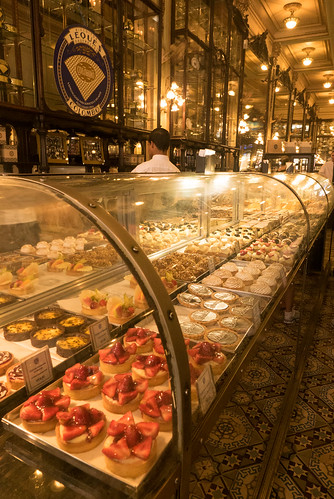 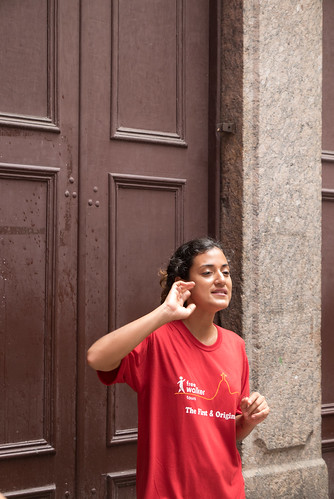 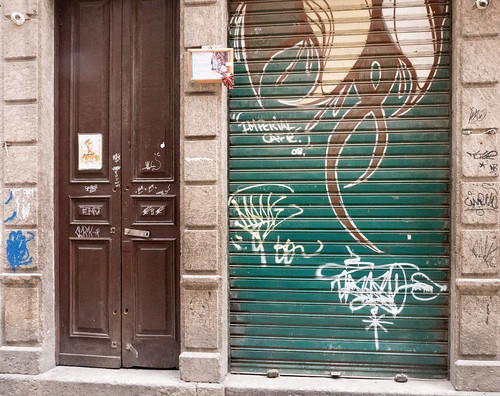 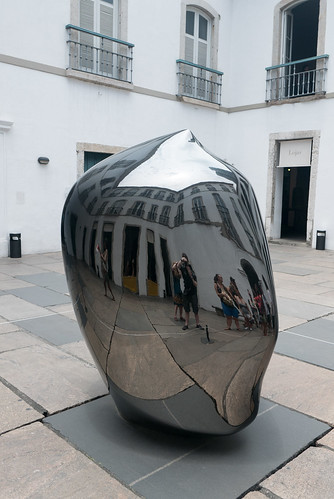 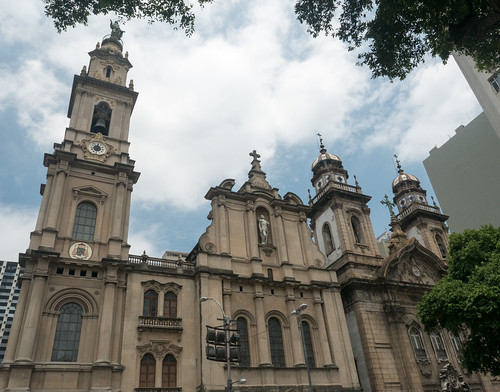 We also took in the 20,000 capacity Catedral Metropolitana de São Sebastião with its beautiful stained glass, a Presbyterian church and the Escadaria Selaron - a colourful cascade of steps fashioned out of tiles by a local resident named Jorge Selaron. He was a Chilean who moved to Rio in the eighties and lived in a house on the steps he was decorating. Instead of asking for money when tourists visited to watch him work, he instead asked them to send tiles to him from their home countries. The result is a riot of colour and humour covering many countries and topics, from popular culture through to traditional ethnic artwork. He sadly died from unknown causes and was found on the very steps he created - it was considered suicide caused by depression after receiving death threats, but an exact cause was never determined. His legacy endured however, and has helped to renovate Lapa (where the former aqueduct is also found) for tourism from the far more dangerous place it used to be. 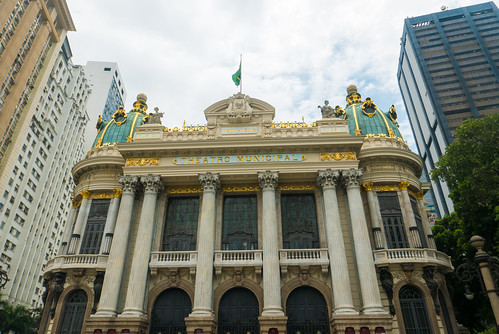 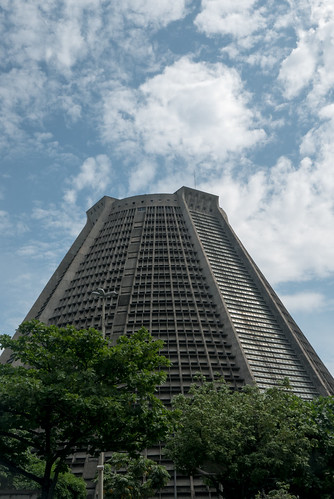 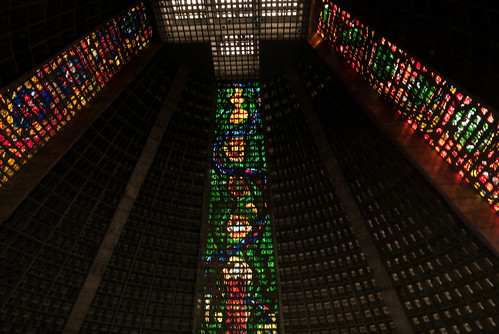 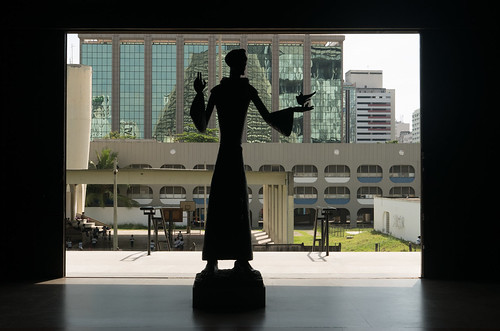 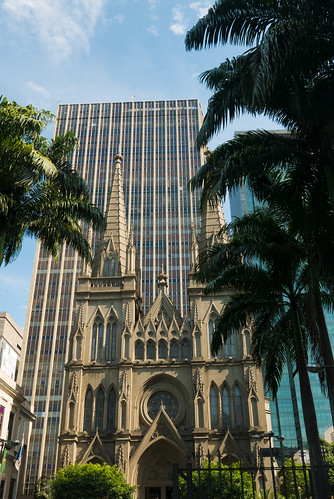 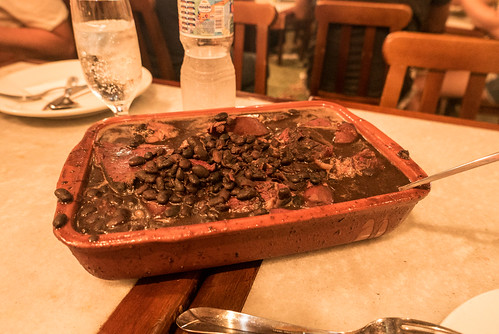 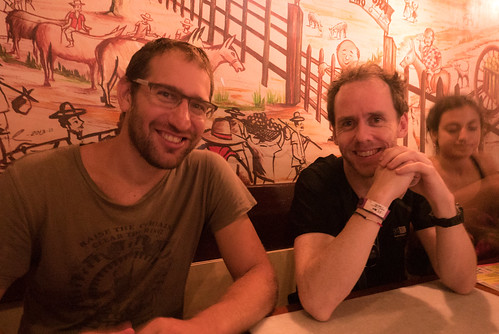 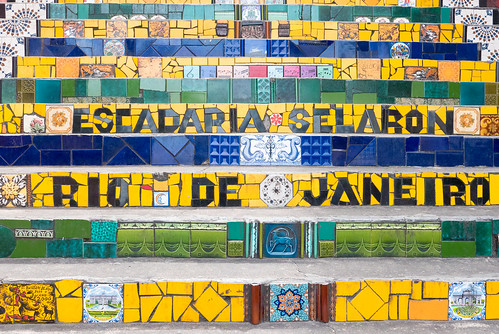 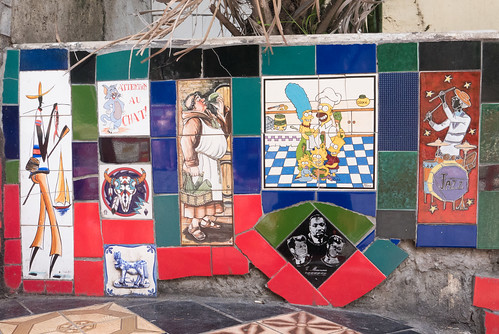 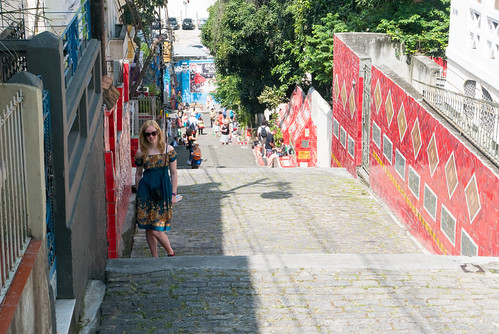 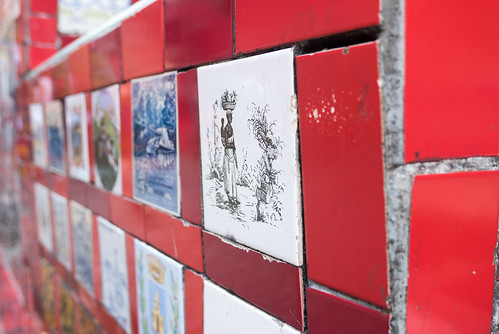 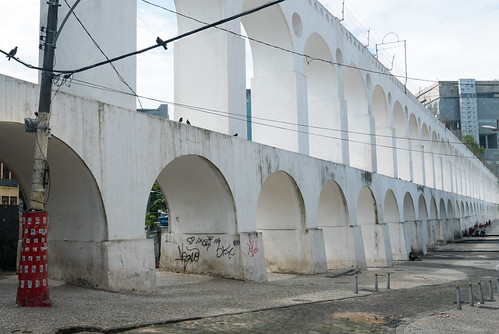 The tour was an excellent way to help us get our bearings in the city, and understand what was in each area. It was also a three hour trek around, so we were pretty tired on our return to the hostel. We made the most of happy hour and knocked back a couple of caipirinhas in the evening. The heat was oppressive and it really saps the appetite throughout the day, which is probably why we found ourselves wandering the streets at 10pm that night, looking for something small to eat. What do backpackers do when they need a quick bite? Why, order a carpaccio from a local café of course! There's nothing like slumming it whilst on the road. 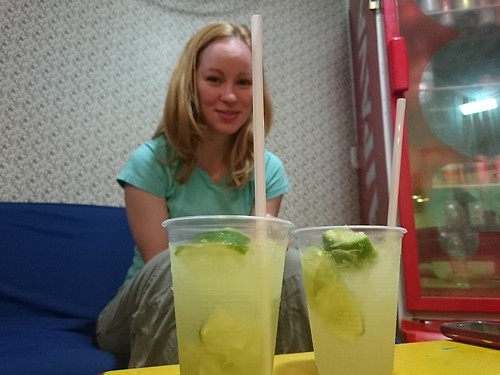 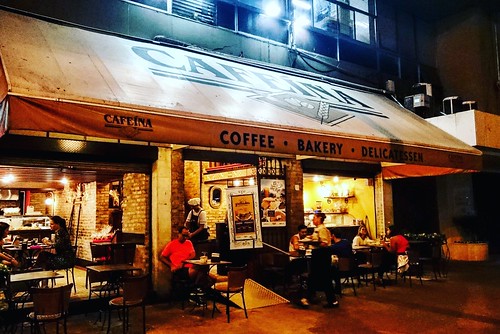 Eating late at night is very special to me. I love the warm night air and people quietly chatting to each other as they sit outside enjoying their food. It's something we don't have in the UK - partially because of the weather, and partially due to a combination of working laws and the fact that unlike a lot of European countries, we're pretty set in our regimented times for eating. Cafeina provided the perfect antidote to a little hunger, and we were all set for the next day when we planned to visit Christ the Redeemer - one of Brazil's most iconic landmarks.
Posted by Rob Kershaw at 5:23 PM

Bring me a caipirinha in a plastic cup!! What could be better...

mp3 juice com is very demanded, and everybody would like to get such platform. Here you can indeed found better-chosen files.