The next morning wasn't great. Nor was the early part of the afternoon. We both had wicked hangovers which only a visit to the nearby Al Capone Pizzeria could sort out. They have an odd way of cooking pizza in Brazil, since they don't appear to use a tomato base. What we got was basically two garlic pizza breads with the toppings we'd picked, but they were tasty and we were in desperate need, so it was a win all around.

Amit had kindly trundled off to the Maracanã stadium a day or two earlier to pick us all up some tickets to an exhibition game between the mighty Flamengo (Clube de Regatas do Flamengo, for its full title) and the visiting Orlando City. It was a fixture destined for the history books, we were sure. There was no doubt that the Brazilians with their flair, skill and attacking prowess would utterly dismantle the visiting Americans, and we'd be treated to a goalfest unlike anything anyone had ever seen, in the stadium of dreams. We were all pretty excited. 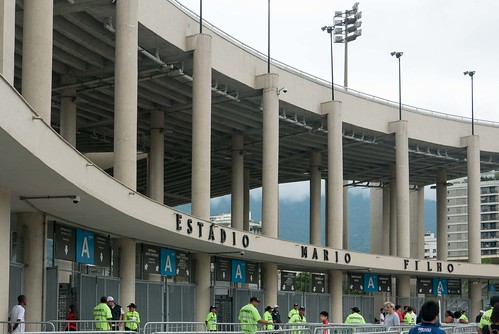 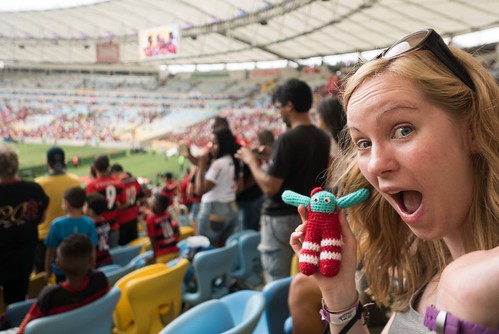 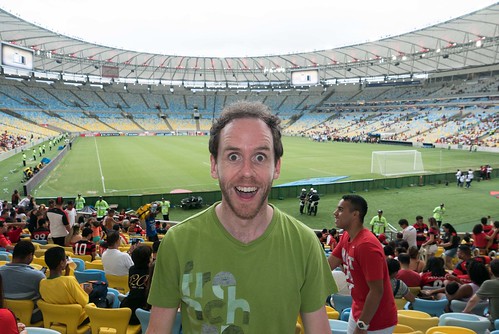 Well, that was the hope. What instead occurred was a match so dull that the locals should have been embarrassed to be on the pitch. The sky was as grey as the game, and it was no surprise when rain set in. It took eighteen and a half minutes before there was even a shot on target by Flamengo, and then there was nearly a huge upset when an Orlando player was brought down in the box. The resulting penalty could have really riled up the already excited crowd, but the heroics of César somehow denied the visitors. 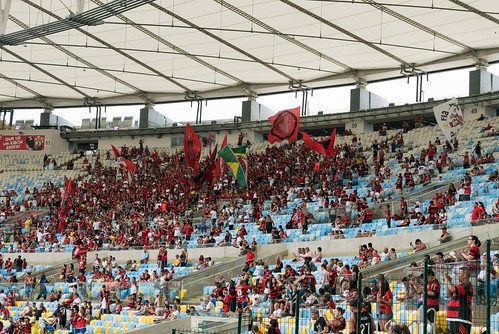 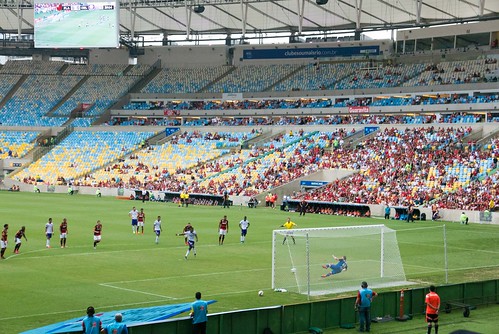 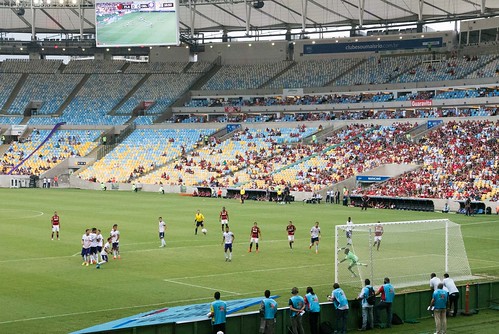 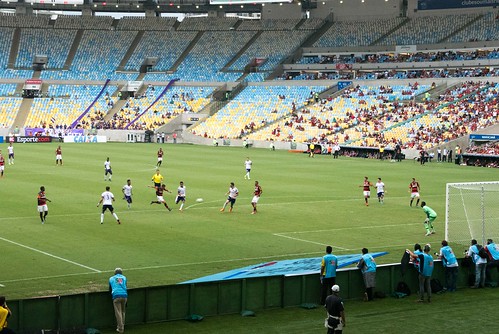 Flamengo's goalkeeper was the only Brazilian really putting the effort in, it seemed. Yet somehow, in some way, Luiz Antonio managed to sneak in a goal on the 75th minute which essentially ended the game. The visitors gave up, the Brazilians sat back, and the lively crowd who were far, far more energetic and supportive than Flamengo deserved, cheered appreciatively before leaving 5 minutes prior to the final whistle. Even Milt fell asleep. To say the game was a let down was an understatement, but given the way Brazil crashed and burned in the last world cup, perhaps the confidence of the entire country's teams has been rocked. Or maybe they thought that since it was an exhibition match, it didn't really matter. Still, I enjoyed my cookies and cream Magnum at half time, so it wasn't all disappointment. 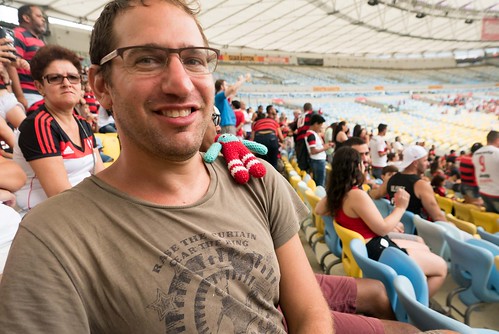 We trundled back to the hostel, picked up our laundry, then set off to find some food which came in the form of Restaurant Braseiro. It was a popular place with the locals, and we pulled up a stool and shared a plate of Argentinian-style filet mignon (which seems to be commonplace over here), rice, chips and manioc flour mixed with...something. Manioc flour is ground cassava, and is very interesting. Brazilians like putting it on everything, and it certainly adds texture if nothing else! There was far more food than we could possibly eat, so we got the rest boxed up and gave it to a homeless person around the corner on the way home. In a moment of madness and with very little research, we had booked a four night stay in Ilha Grande the day before, leaving tomorrow. This was our last night in Rio, so we got packed up for island life and hoped for a smooth transfer without any hitches at all. This, of course, was not to be...
Posted by Rob Kershaw at 8:00 PM