Cristo Redentor gazes out over the city from the Corcovado mountain, arms outstretched like a guy about to do a really awesome bungee jump. We took a bus with Amit to the base and then jumped on a cog train to the top - but not before Gilly had a practice on a spare carriage (there isn't a bell, but don't tell her that!). 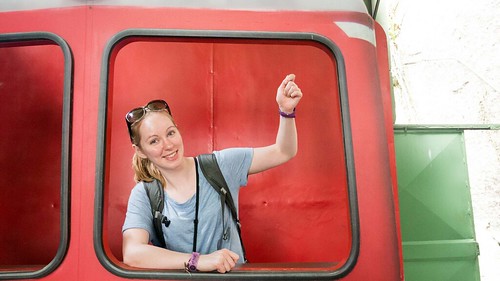 It's considered to be one of the modern seven wonders of the world, but in truth it feels a little exploitative; just another backdrop for the craze of selfie sticks, whilst hawkers flog cheap metal crosses at the door to its base. Perhaps Cristo Redentor would have held more significance if I was a religious man, but it's hard to get super excited when you're being jostled by umpteen people performing the same pose in front of it. I'd go as far to say the views over Rio are definitely worth the price of admission, and the statue is a bonus - but I'm probably in the minority. Still, we got incredibly lucky with the weather since it was threatening clouds for most of the day. We managed to catch a few decent periods where the visibility was great and it really shows. Gilly was given a request to tickle Jesus's armpits (well, it beats the standard pose), and we also brought along our new friend Milt who had been knitted by Gilly's mum, and who will be accompanying us on many of our adventures around the continent. He managed the pose pretty well, I thought. 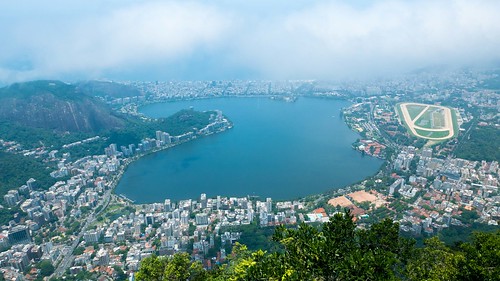 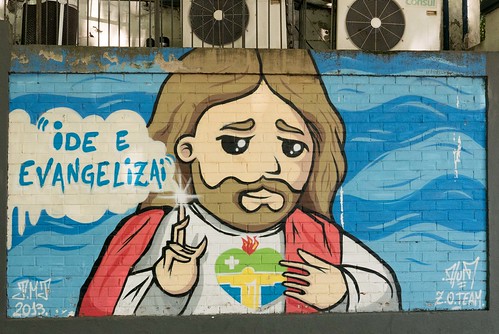 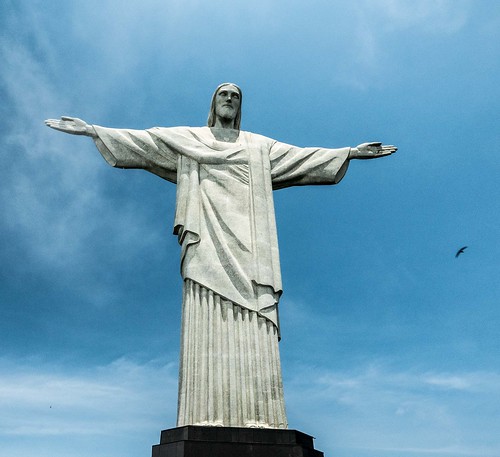 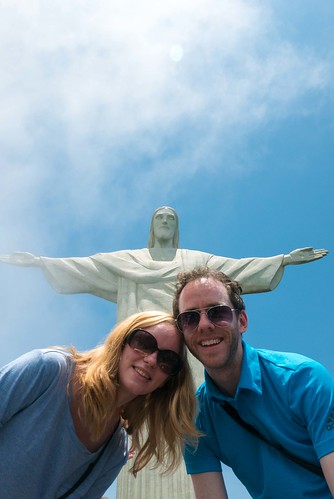 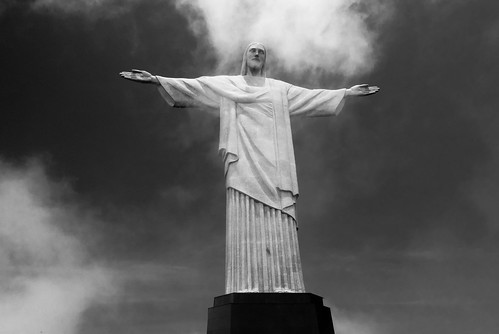 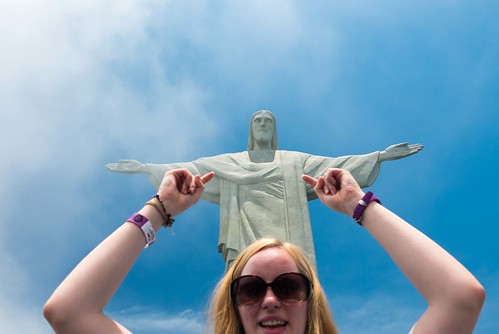 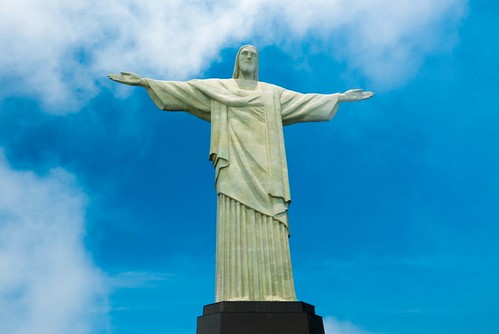 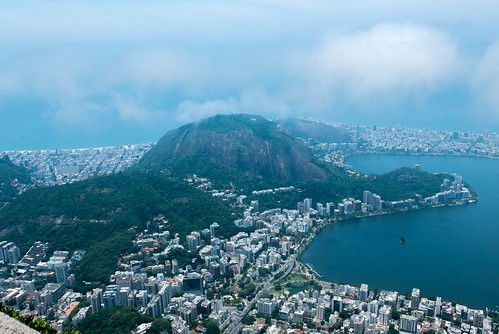 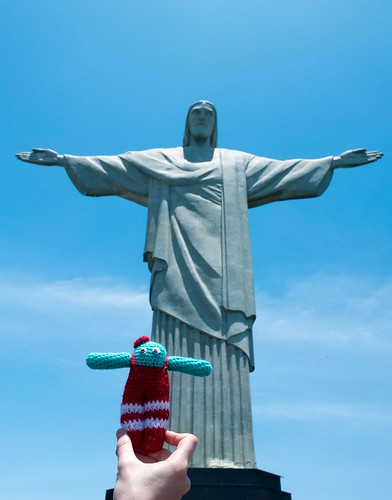 Largo do Boticário is just up the road from the entrance to Cristo Redentor, and is a pretty little square hosting an old colonial house. We almost didn't get there - we followed the guidebook to get there which told us to go uphill, but this ended up taking us into what looked like a pretty dodgy area so we turned around sharpish and found the actual road. It seems like our Rough Guide got out of date pretty quickly. 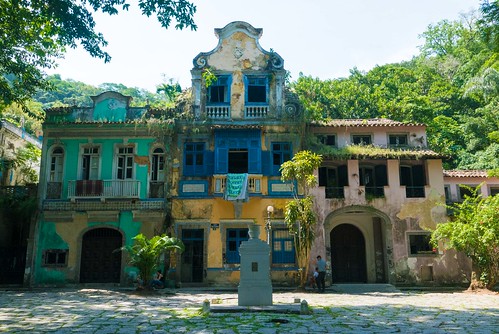 After getting back to the hostel and cleaned up, we went onto the Copacabana beach front to meet Stu, an old workmate who had somehow landed a gig where he got to stay at the Marriott for seven months. It was great to catch up. After a beer in the lobby, he suggested going to an all-you-can-eat meat buffet place called Fogo de Chao. This was a seriously upmarket joint - not somewhere that would have ever been on our radar on our travel budget, but Stu kindly offered to foot the bill (thanks, Stu!) and we took a taxi over to Botafego.

The restaurant gives you a card on the table - one side is red, the other is green. When you turn it to green, you are immediately set upon by waiters thrusting various meats at you on skewers. Shoulder of lamb, filet mignon, spicy sausages, chicken...it's almost unstoppable, and if you manage thirty seconds before some other choice cut is thrust in your face, you're doing well. The problem is, it's all really good. There's a salad bar for people who like that kind of thing too, but even if you turn your card over to red, the people proffering meat are replaced by other waiters offering side dishes - rice, potato wedges, and more other variations on carbs than you can count. After an hour and a half we were all ready to explode. 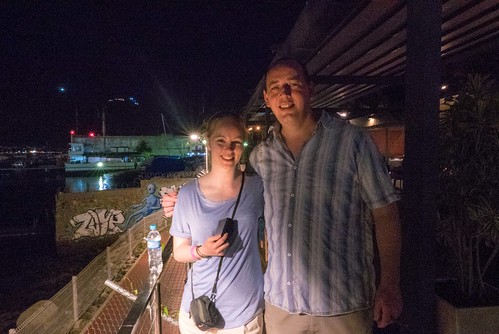 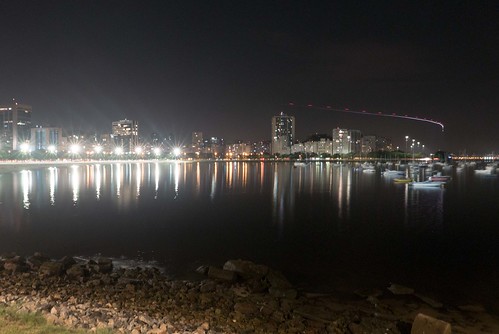 We waddled out to the balcony for a cigar and to take in the view, before heading back to the Marriott to make the most of Stu's daily alcohol allowance via the medium of wine. Suffice to say that the night was splendid, and seeing a familiar face halfway across the world never gets old.
Posted by Rob Kershaw at 9:42 PM