In the hostel the previous evening, a Finnish lady had raved about a bodega (cellar) called Piattelli which was about 5km out of Cafayate - she had tried the wine tasting and food there and said they were both excellent. Not ones to pass up such an enthusiastic recommendation, Rollo booked us a taxi at around 10:30 and after travelling down what seemed like miles of gravel road past hundreds of thousands of vines, we arrived at the Piattelli estate...and it was stunning. 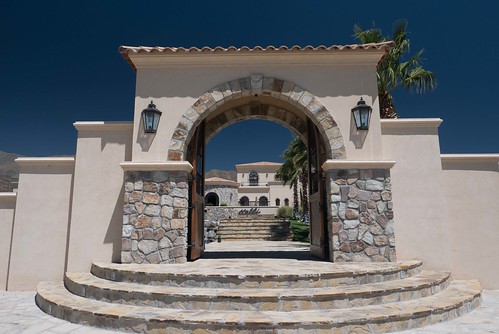 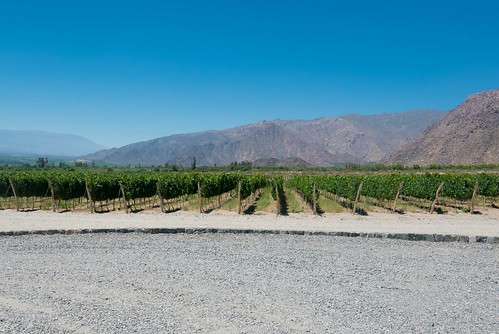 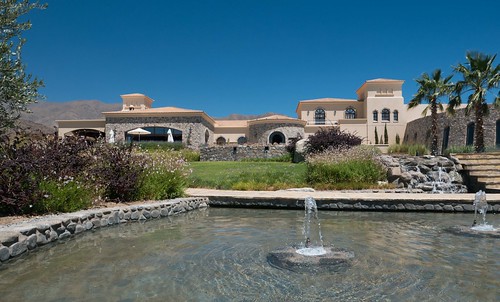 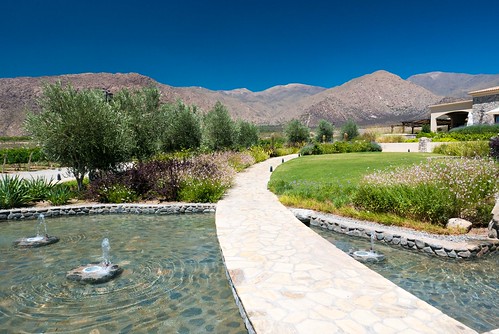 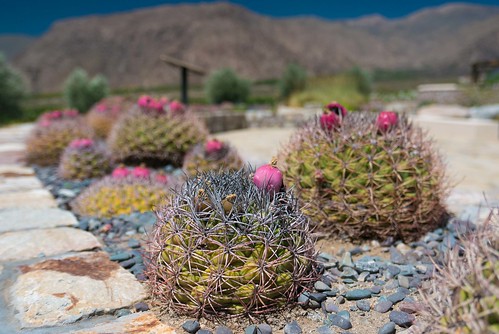 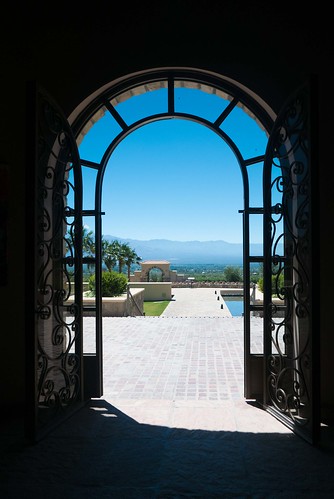 The sky was a deep blue, the weather was around 28 degrees with a cool breeze, and the mountain backdrop looked like a matte painting. We joined a tour with a guide whose name shamefully escapes me, and he took us around the three floors of the building to see how the grapes are processed, fermented and ultimately turned into the good stuff. Piattelli opened in 2008 (they also have a bodega in Mendoza which opened in 2005) so by vineyard standards they are pretty young. Their first harvest wasn't until 2012, and the process is precise; leaving grapes for too long before harvesting could burn them, and there's a month-long window between February and March to pick them. Despite seeing the acres and acres of vines, they are all picked by hand at night by workers. No mechanical picking here - it must be a painstaking job. You need around 2kg of grape to make one bottle, hence why so many vines are needed. And because Salta is such a dry region and at altitude, there is pretty much no humidity which means that there's zero fungus, and therefore no need for pesticides. 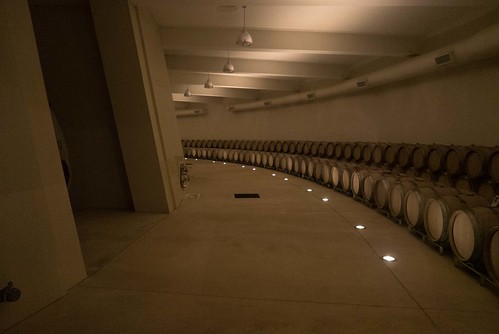 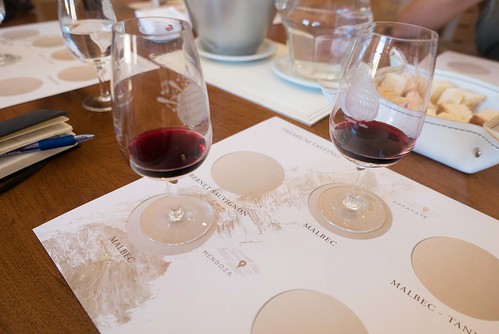 The speciality of the region is the Torrontes grape, which makes a dry, fruity and fairly light white wine. It smells amazing and tastes almost as good. But when we hit the actual tasting, as well as the whites we also got to try a number of Malbecs, including a Malbec-Tannat blend which was fantastic. At least, until our host broke open the grand reserve varietal which knocked the socks off all the reds we'd previously tasted. My tasting notes, albeit seven glasses in, read "OMFG", so I'm pretty sure I loved it. There were a couple of dubious wines: one was Rose of Malbec, a rosé which felt oaky, harsh and a little too strong, whilst the Cafayate Malbec tasted leathery and smelt like gas compared to its much nicer Mendoza counterpart. Out of the two Cabernet Sauvignons we tried, the Cafayate trumped Mendoza hands down. 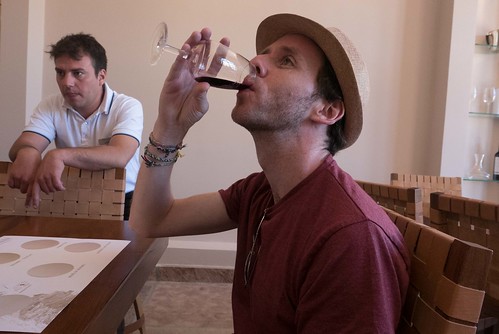 The delights of Piattelli didn't end there, as all of the wine tasting had given us an appetite. We took a seat on the terrace facing the wonderful landscape and after deciding against the tasting menu we instead went for two starters, a main and a dessert to share between us along with a glass of the grand reserve which we'd now acquired a taste for. The chicken salad was delicious - the meat had been marinated in some sort of Cajun sauce and the dressing of the salad made it enjoyable even to me, a known salad sceptic. The steak and pitas were equally flawless, whilst the pork bondiola was perfectly nice but not quite on a par with the starters; this was addressed in the trio of desserts, which included a wine sorbet. Magnificent. In short, this was the best food we'd eaten since arriving on the continent, and whilst it wasn't a friend of the budget traveller, at £35 total for the pair of us it put the majority of UK restaurants to shame. 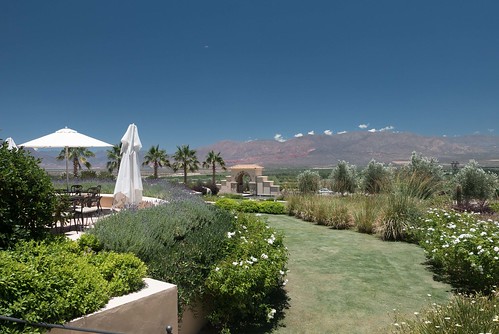 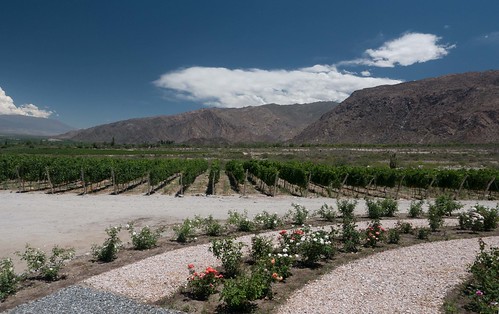 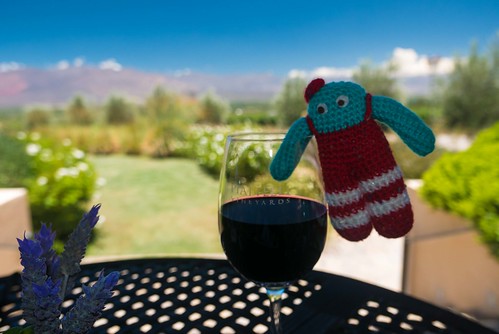 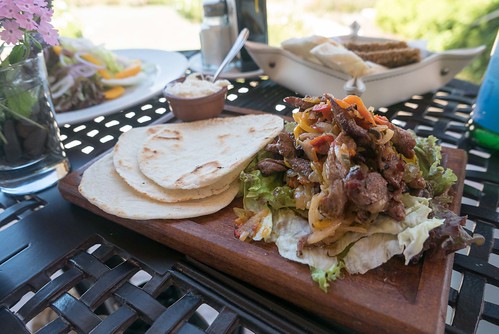 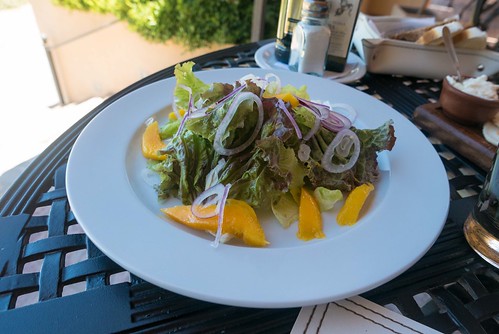 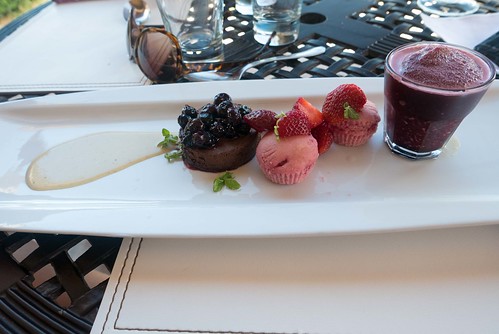 The day was still young, so we got the taxi to drop us off at Vasija Secreta en route to the hostel. This was a much older bodega which had gone through multiple name changes over the years. The wine-tasting here was free, although we only got to try a white and a red. Neither were outstanding, but they were perfectly drinkable. The bodega houses a museum of sorts, but it can be wandered around in about five minutes. A walk back to town in intense heat saw us pass an abandoned shop with carvings of llamas and birds outside. I suspect it may have been a defunct tourist trap, but it looked abandoned. 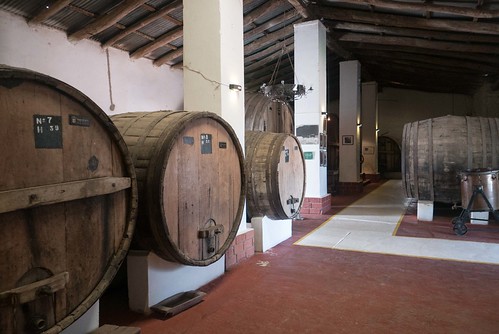 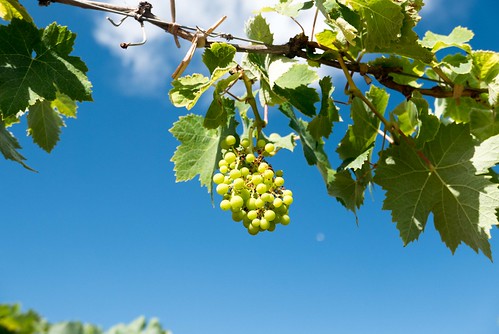 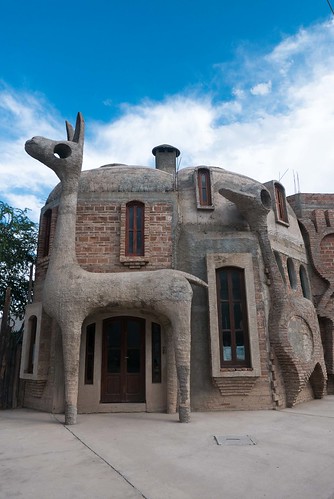 As all good things come in threes, we decided to try one more bodega at the suggestion of Rollo: Domingo Hermanos. This was superb - for 10 pesos (50p) each, we got to try two whites, two reds and a sweet wine along with cheese. At this point my recollection of their quality is a little fuzzy but I don't recall there being a duff glass amongst them. 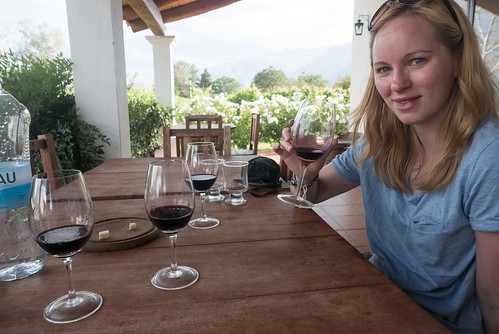 We rounded off the evening at La Casa de las Empanadas, an empanada joint run with fierce efficiency by a lady who clearly knew her stuff. All of the empanadas (of which there were at least fourteen flavours) were made to order and came with a spicy sauce. We could only manage two each, but they were just the right size to fill us up for dinner, and we got to leave our names on the wall along with the thousands of others who had come before us. 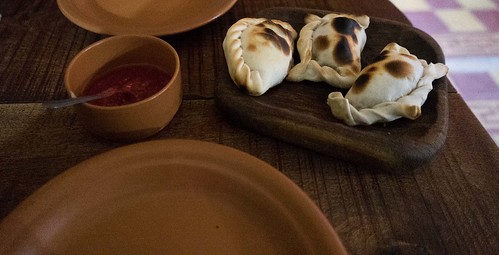 A stroll back to the hostel via the quiet streets took in a cloudy moon. Cafayate is a sleepy little town, but I adored it. If I could have stayed another two or three days I could have quite happily wandered between the umpteen bodegas in the area, but as it was I felt lucky to have discovered a place a little different to the bustling cities and tourist towns, as well as some new wines to source on our return. 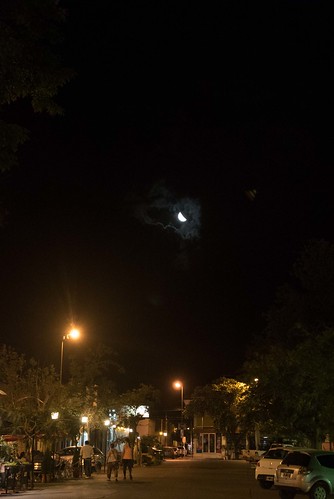 Our road trip was to continue the next day to Cachi, with a morning detour to Quilmes to look at the remnants of an old civilisation.
Posted by Rob Kershaw at 7:30 PM

An Excellent article which needs to be highlighted.thanks for sharing an inspiring article. it is very interesting. Best Wine Travel blog website