Delicate is one way to describe our condition the next day. We decided to grab a bus to the Japanese Garden, since it a) seemed small enough not to need much effort and b) didn't involve much in the way of thought other than to look at things and comment on how nice they were. There were a lot of nice things in the garden - flowers, bridges, and whatnot. Combined with a mini art gallery and some much needed ice cream and smoothies, we were feeling almost half decent by lunch time. 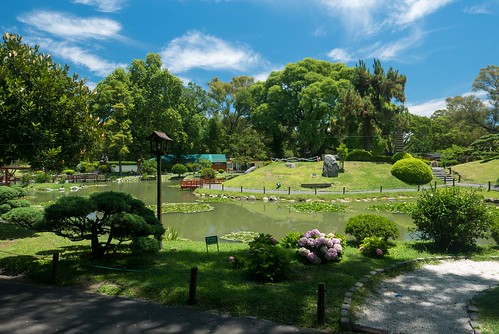 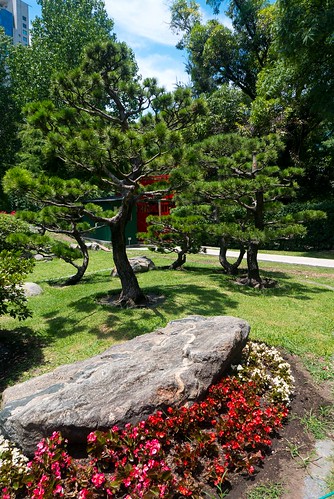 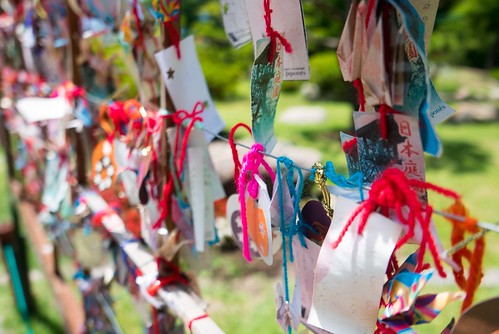 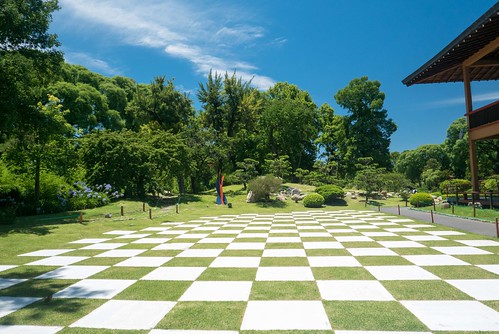 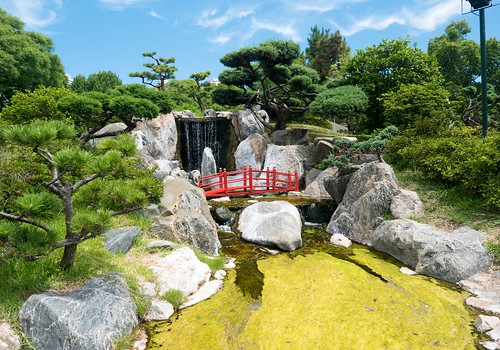 What better way to properly cure a hangover than to go on a walking tour? Our guide Martin was an entertaining host, showing us how to spot fake 100 peso notes, explaining the interesting background of landmarks, and giving us an excellent history of Argentina's troubled past. The heat was a little much for Marit who decided more sleep was in order, so we went around with Peter for the three hours of the tour. We took in sites such as the National Congress building, Palacio Barolo inspired by The Divine Comedy (Dante's book, not Neil Hannon's band), Cafe Tortoni (the oldest café in BA, and home to lots of tango events), and the Pink House (Casa Rosada) which is the executive home of the president. In terms of imagination, BA isn't blessed with an abundance given that it called its obelisk "The Obelisk" and its Pink House "Pink House". 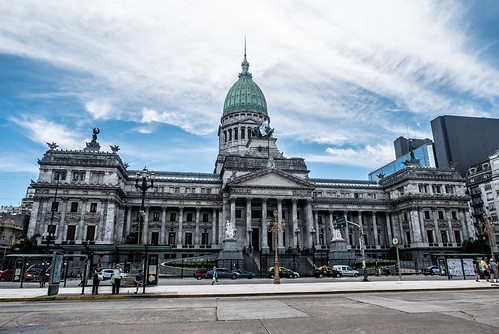 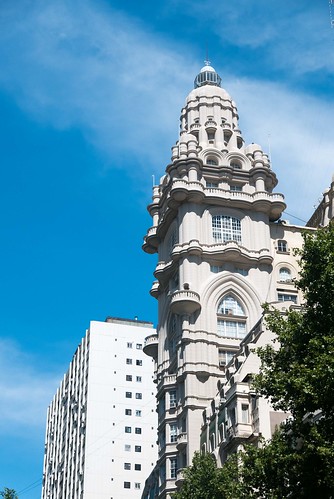 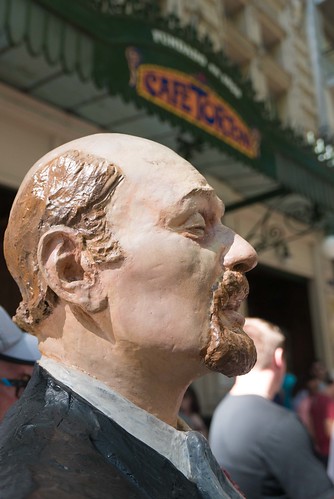 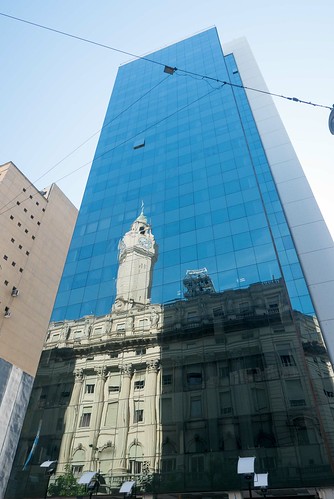 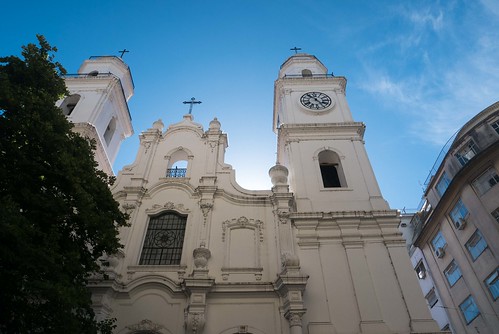 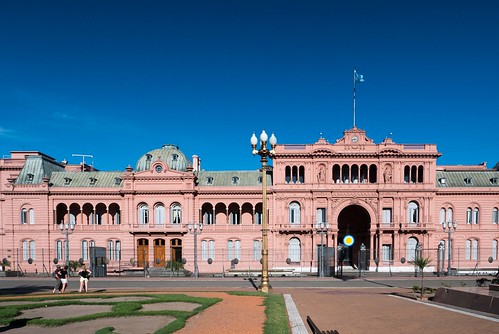 Recovering later on, Marit rejoined us for dinner where we whipped up a boatload of pasta with veg, and - shock - soft drinks. I think a night off was needed. 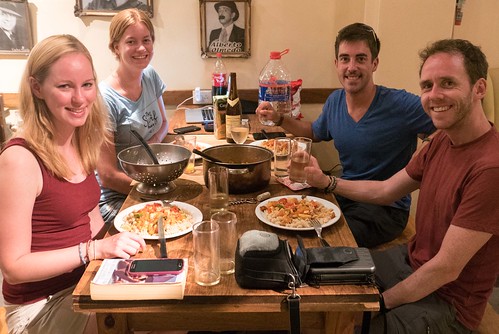 One of the places we'd seen on the previous day's tour was Teatro Cólon, which is the most important theatre in the city. JJ and Suzanne had mentioned that they often have free previews in the morning there, so we joined Peter and Marit to see if we could score some tickets at 10am. We were in luck - simply inquiring about it at the box office resulted in four seats in the beautiful theatre, where we were treated to a performance of two different excerpts from The Nutcracker. Now, I'm not a ballet fan in any respect. It just isn't my kind of thing. I can't fault the energy on stage though, as the dancers twirled, pirouetted and did things with their toes which would destroy a normal person's foot. The music for the first excerpt was an interesting choice of a capella which seemed to divide the audience (I loved it), whilst the second was mainly violin and piano, taken from Tchaikovsky's work. At one point a couple of people got into a balloon. I'm not sure why, but I guess I need to see the ballet in English to understand it. Regardless, it was an hour of entertainment which I wasn't expecting to enjoy that much, but which went by pretty quickly. 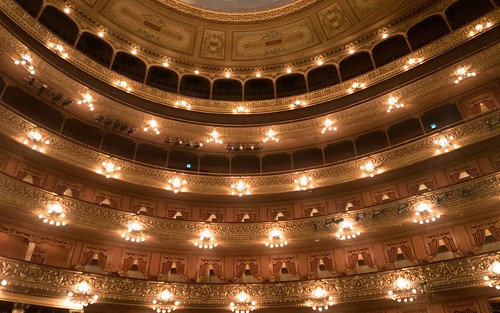 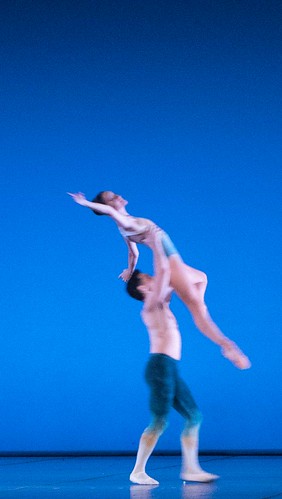 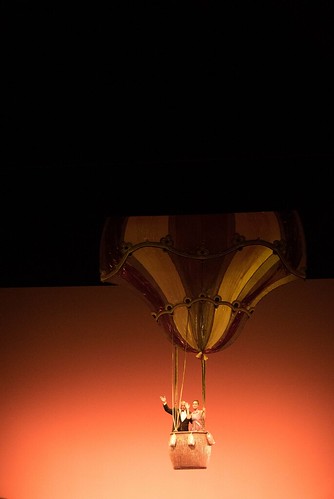 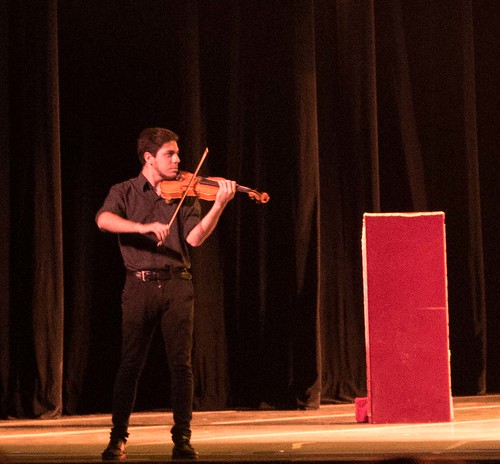 We took a trip over to San Telmo afterwards, to take a look at their huge arts and crafts market. It stretches up and down several streets for at least a kilometre if not two, and there is fresh food as well as live music and people tangoing in the street. We took Peter's recommendation of a pulled pork wrap at La Cresta for lunch, and weren't disappointed - it was the biggest wrap I'd ever eaten. 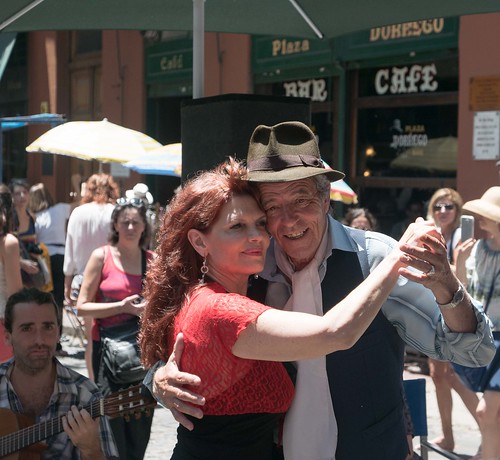 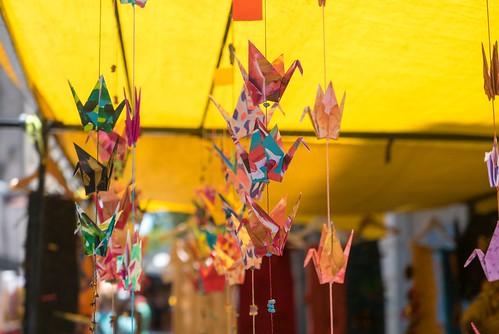 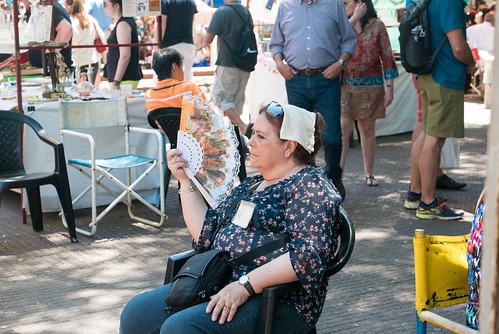 We caught up with the rest of the crew not long after and took a bus to La Boca. This is ostensibly the "bad" neighbourhood in the city, but as long as you're not hanging around at dark it seems to be fine to walk around. It's home to the Boca Juniors stadium, a famous arena hosting the most successful South American football team for decades. It also contains a couple of square blocks of very colourful houses; as part of the rehabilitation of the area, these buildings developed their own unique style in order to make the area more appealing to visit and have become something of a quirky icon of the city. It's still not recommended to travel alone at night there, but we didn't feel too unsafe wandering around - there are loads of restaurants and shops, and the locals genuinely seem interested in having tourists there. 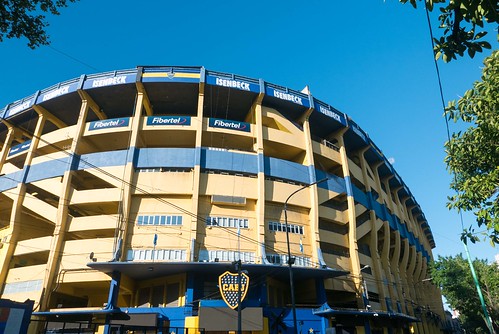 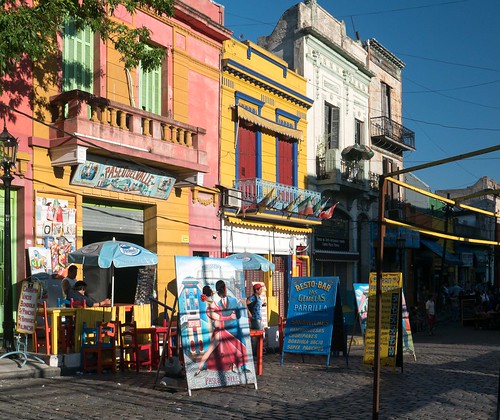 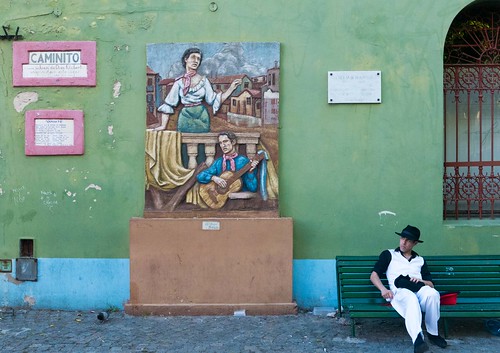 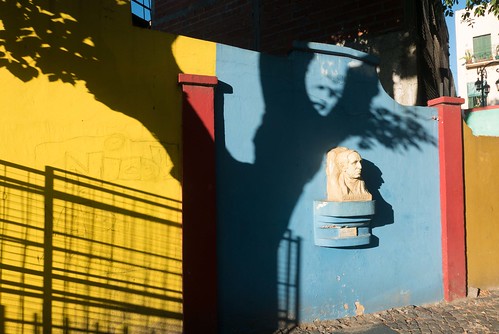 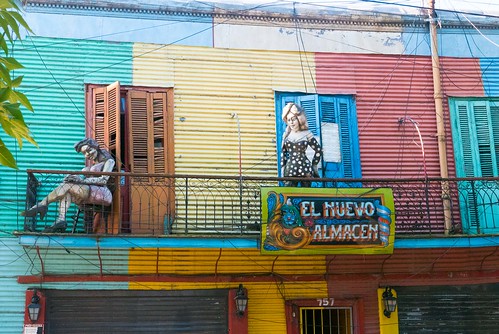 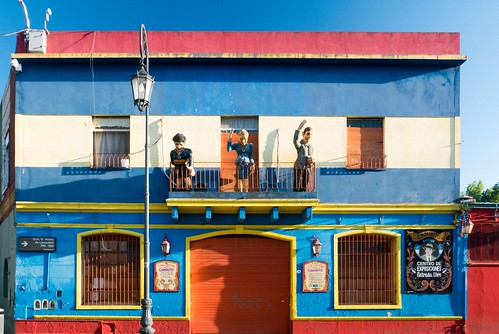 That night the four of us decided to go to a club, if only because Sundays are unheard of for dancing in the UK. The party never stops in BA though. We ended up taking a taxi to Amerika, a huge nightclub where for about an hour we were the only ones dancing amongst the lasers to stuff I'd never heard of before and couldn't describe to you now. You get a free drink as part of your entrance fee, and it was the most insanely strong thing I've ever drunk. After a couple of hours it properly hit me, and I'd gone to the bar for water leaving Peter, Marit and Gilly behind. Unable to locate them again, I chose the option of leaning on a very supportive pillar until Marit came to the rescue, found me and reunited us all. I took Gilly home (or possibly vice versa), whilst the others stayed behind. I was very glad of our bed that night.

The next day was another lazy one, as it was roasting hot and we were immensely tired. We walked down to get a pizza from Guerrin and pottered about until the evening. It seemed that there was some sort of power outage in the area as a number of shops near the pizzeria had generators outside - the power had gone out for a couple of seconds at Guerrin too, but a backup generator must have kicked in. It hadn't affected our area though; I can only assume the immense heat had caused something to blow in the nearby neighbourhood.

In the evening we took on a recommendation from a friend back home. La Bomba de Tiempo is a percussion event held every Monday where you can dance in a huge courtyard whilst a group of people on stage smash the living hell out of various drums, bongos, snares and other hittable instruments. It sounds like chaos, but it's a tightly controlled and orchestrated band, and they are really good. We went with an Aussie lady called Sarah who'd not had a good time in Argentina, having had 2000 US dollars stolen from her backpack in Peru. We almost didn't make it since after signing onto the evening with our hostel, they neglected to mention that we have to actually go there ourselves, and that they have no involvement in organising anything to do with it. We managed to catch a bus, and got there to see a line of people queueing around the block - fortunately it ran until just after 10pm, and we caught a good couple of hours of the show. It was a fantastic atmosphere, and the music was stunning - how the bongo players haven't broken their hands doing this week after week is beyond me. 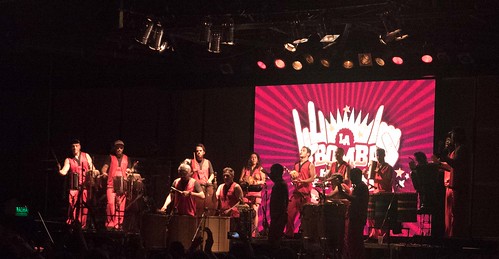 A number of after-parties run around the city on Mondays, so we picked one and ended up in Uniclub where we drank fernet (a pretty awful herbal alcoholic drink) and danced to a surprisingly good mixture of tunes until the sheer amount of cigarette smoke forced us to call it a night.
Posted by Rob Kershaw at 9:26 PM