We thought that with the theft in Sao Paulo and our respective illnesses, the run of bad luck was now behind us. We were mistaken. Since Gilly only had a credit card after her debit card was stolen, she decided to check the balance online only to find that a fraudulent transaction had been carried out on it to the tune of £10. What was even more galling was the fact that this took place a week or so before we even set off from the UK, but the amount didn't appear on the credit card statement until three weeks after it happened. A call to Halifax confirmed our fear - it was a dodgy transaction, the money would be refunded but the card would have to be cancelled. We are now pretty much solely reliant on me not having my cards stolen, cloned or lost for the next six months which seems to be easier said than done in this continent.

Trying to put things behind us, our final few days in Florianopolis were more social. We moved to Geckos Hostel and into a spacious dorm about five minutes' walk from the small central district, and mooched about the place chatting to other travellers. The power went out just before lunch, so we scarpered to a por kilo sushi and Asian food place around the corner (Lagoa Oriental) to make the most of the hot food whilst it was still steaming. One chap called Andreas from Estonia - the first person I'd ever met from there - joined us in the evening for a wander around the town which took in some tasty Thai noodles and a jaunt back to Books and Beers via the Food Truck court to actually try some beers out, followed by another dessert. Andreas was making his way around the world mostly by hitch-hiking on boats, which I didn't realise was even a thing. He had no plans to head home any time soon, and was doing a bit of IT work on the side to keep him funded. Sounds like an excellent way of travelling to me. 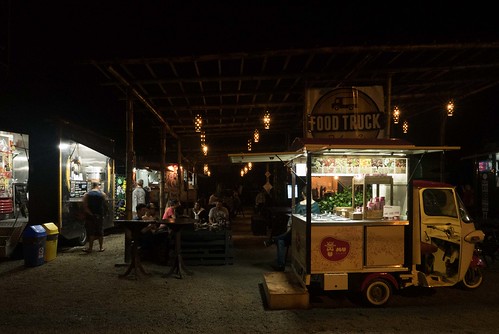 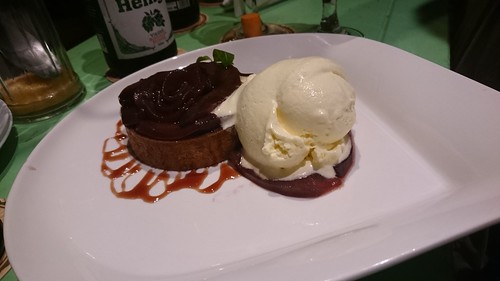 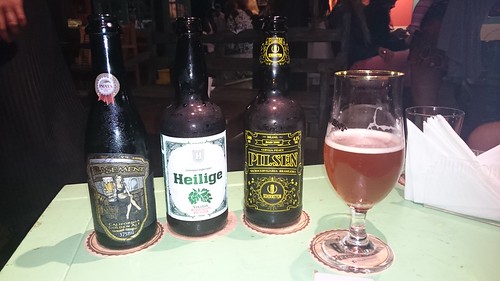 Keen to do something other than hang around town, we got details from the hostel of a trek which was supposed to be quite beautiful, so set off the next morning to Armação. Matadeiro beach was only a short work from a beautiful cemetery, and from there we hiked all the way over to Pantano do Sul via the stunning mountainside of Lagoinha do Leste. 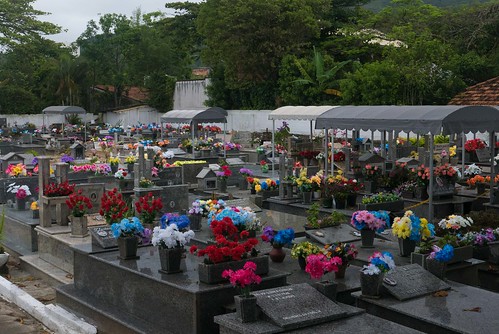 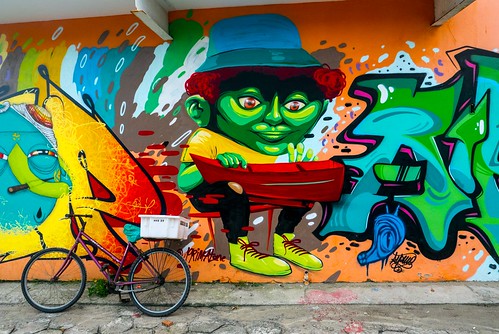 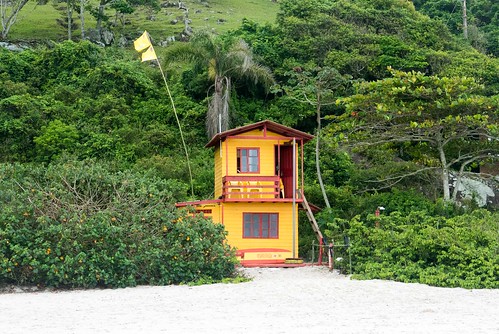 At one point we took completely the wrong turn, which almost led to us trying to navigate around a load of huge rocks at sea level whilst the tide was battering them. A French couple who were trekking behind us had also made the same mistake, and after a brief chat and a look at my Maps.Me app, I managed to work out where we should have turned off and backtracked there, saving us all the disappointment (and exertion) of going all the way back to the bus stop. At one point we spotted a leech, and we had flashbacks of the Laos jungles where an unending trickle of blood flowed freely from our exposed toes thanks to wriggling suckers, but this turned out to be our sole encounter with the little bleeders. 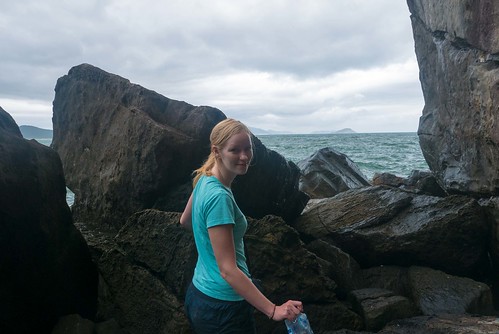 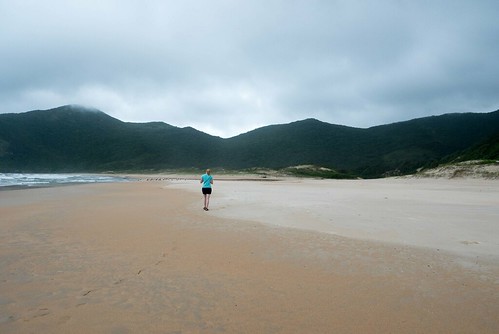 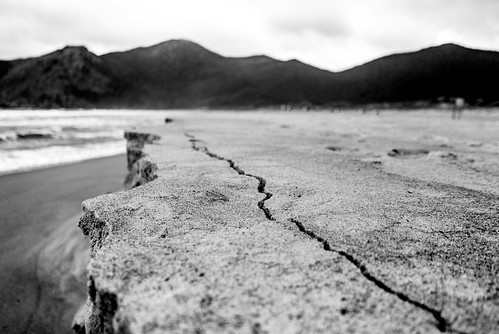 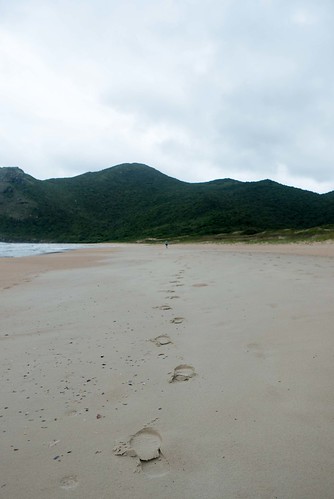 It was a vigorous walk and the temperature was pretty humid, but the view from the top was fantastic and the huge Pantano do Sul beach was pretty much deserted apart from the French couple and four Australians who had visited for the day from the other side of the trek. The whole thing took around five and a half hours, so we were very grateful for the shower when we got back. Geckos were putting on a BBQ too, so our evening was pretty much sorted from there. 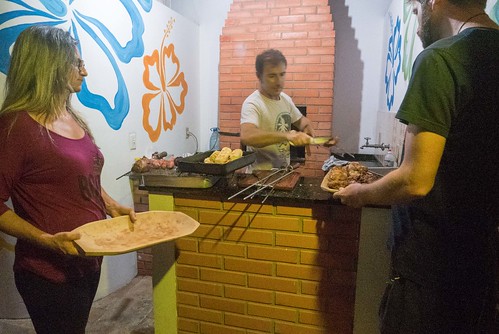 On the final day in Floripa we were awestruck to look outside in the morning and see sunshine. It had been well over a week since there had been any significant break in the clouds, so we decided to make the most of it and hit the beach. We probably made a bit too much of it, since our crazy English skin refused to accept something as dangerous as sunlight, and despite our half-arsed efforts with the factor 30, we ended up burned as usual. A salad, burger and cocktails at Tropical Bar followed by a dip in the sea to wash off any remainder of sun protection meant that our walk home in the baking heat was both toasty and subsequently painful. How and why people consistently use sunbeds is beyond me. I just go red, peel, then go a slightly darker shade of white again. 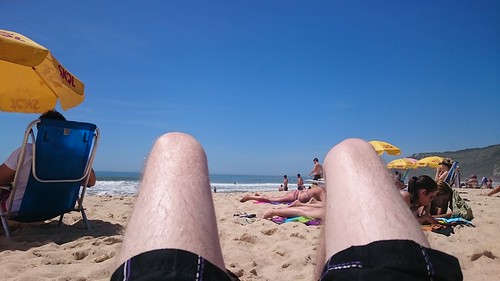 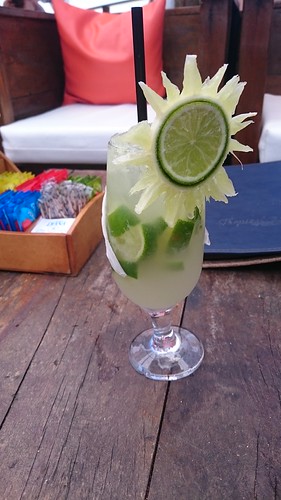 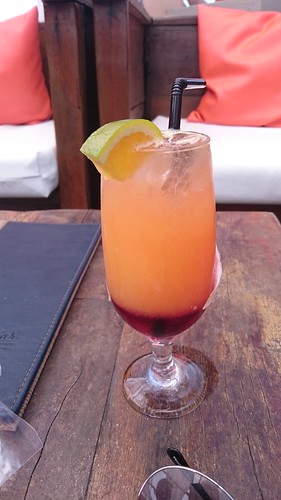 On our last trip we had a running joke about sunglasses. Gilly managed to somehow get through five pairs of sunglasses in a year by having them washed away in rivers, standing on them, having them crushed in tuk-tuks, or just generally losing them. I wasn't far behind with four pairs. Three weeks in, the glory of the weather must have got to Gilly's head as she rushed into the sea with her sunglasses on her head, and emerged a few minutes later with them nowhere to be seen.

Watch this space for more exciting updates throughout our trip!

We went for a spot of Italian in the tasty but crazily air-conditioned Cantina da Freguesia, where a combination of delicious chicken and bacon in mustard sauce was combined with a plate of salad larger than Gilly’s head, much to her delight. We joined up with Andreas and a few other travellers later to see what the Florianopolis nightlife had to offer. A walk around the corner took us to what could generously be called a bar and more realistically be called a shack attached to someone's house. It was as yellow as their house speciality - a revolting looking mixture of moonshine cachaça and passion fruit juice. It tasted just about better than it tasted, and it cost 30p a cup for a stonking amount of alcohol, so we were very much prepped for the inevitable partying that was due to follow. Except it didn't, because the locals had descended in hordes to the two main nightclubs in town, and the queues were ridiculous. A few of the gang decided to stay and risk it, but we decided to join two Germans on a walk back to town, found an Irish pub with reasonable drinks, and proceeded to knock back some caipirinhas whilst a band played a mix of local stuff and U2 to a backdrop of TV screens showing Brazilian ultimate fighters kicking the living crap out of each other. It was a smorgasbord of cultural delights. 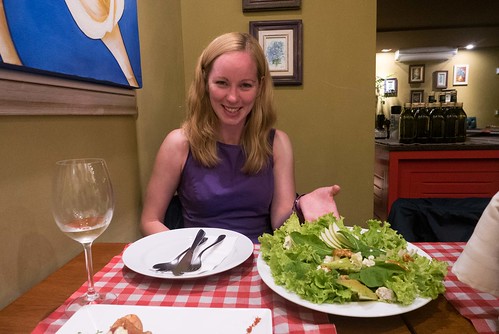 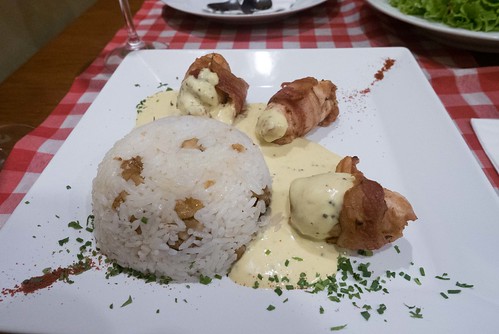 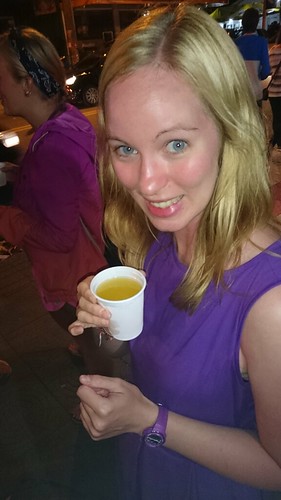 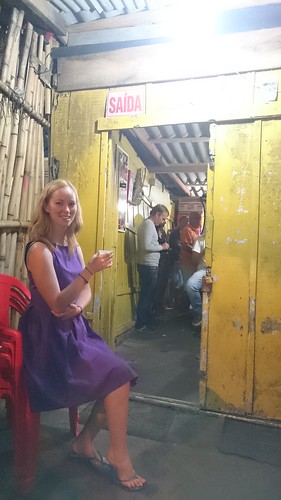 We were sad to leave Florianopolis. Even though the weather had been pretty grey for most of our stay, it was a lovely town and it’s easy to see why the locals flock to it for their holidays. It’s also an excellent destination for people wanting to learn to surf as the waves aren’t too crazy. Not my thing, but there were plenty of people trying their hand at it while we were there.

Our next destination was another city: Curitiba. This time we'd decided to forego a hostel in favour of the first Couchsurfing experience of this trip, and had arranged to stay with a local named Marcos who was happy to host us. We said farewell to the gang at Geckos and prepared to catch an early bus the next morning.