I'd forgotten to mention that prior to our last day in Sao Paulo, we'd gone out in the evening to try and find a jazz bar which had been recommended to us by the walking tour. We eventually got there, and it began to pour down...and the place was full. When I say pour, I don't mean England rain. I mean sheets of heavy torrential rain that soak you in seconds. Neither of us were dressed for it, so we were immediately drenched and now had to decide whether to stay out and find another place to go to, or head home. We opted for the former, somewhat foolishly, and then spent half an hour going around in circles trying to find a road which by all accounts was not only huge, but kept moving location like some damnable magic shop. Frustrated, soaked, and feeling pretty miserable, we gave up and went home, where our mood was compounded the next day by the theft I'd already mentioned.

Fast forward to Florianópolis airport (the locals call the town "Floripa" - halving the syllable count can only be a good thing). Gilly now had a stinking cold, my ear was still hurting, and we decided that a few days recuperation were in order to get us back on track. I'd booked us into Pousada Lozalti, which turned out to be a great move...once we got there. From the airport we decided to forego a taxi in favour of local, far cheaper transport. A nice chap at the bus stop told us all of the buses we'd need to take and even though it seemed complicated, it wasn't actually too bad. The bus system is a little odd - you only pay once, and you can go anywhere for around 3.10 reais (60p), including changing buses at terminals (you simply pay to get into the terminal). Once you're past the airport and into Floripa proper, there are basically only a few main roads. We took the #183 from the airport to the Floripa terminal, then the #330 to Lagoa da Conceição terminal, and finally the #360 to Barra da Lagoa, where our accommodation was a five minute walk away. It was fantastic - a self-contained, split-level apartment with pretty much all facilities we'd need (apart from, oddly, an electric kettle or toaster), a comfy bed, a spare bed for dumping stuff on, and a flat screen TV. There was also a pool outside which we didn't end up using, because the weather for our stay there ranged from cloudy to drizzle with some sun breaks for the most part. The owner, Alex, didn't speak a single word of English so we were reliant on miming and using Google Translate which - along with MAPS.ME - may be the most useful application we've found so far on our travels. We were exhausted, so comfort food at La Solana Pizzeria with actual tomato sauce base(!!!) was just what we needed. 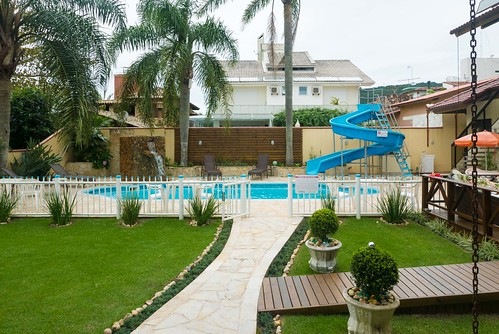 We took a look around Barra da Lagoa the next day. It's a tiny fishing village which has a beach, a few dozen restaurants, a turtle protection project, and very little else. In short, it's the perfect place to sit and do very little - which sounded ideal. We took a look around the village, and opted to eat at Restaurant Dos Irmãos, an overpriced fish joint which served up possibly the most orange meal I've ever experienced. Almost everything was fried (prawns, fish, chips, the works) and even I struggled to chomp my way through all of the batter - this is coming from someone who has absolutely no issues with fried food, as Gilly will attest to. 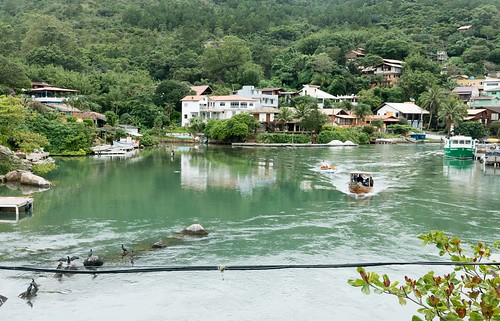 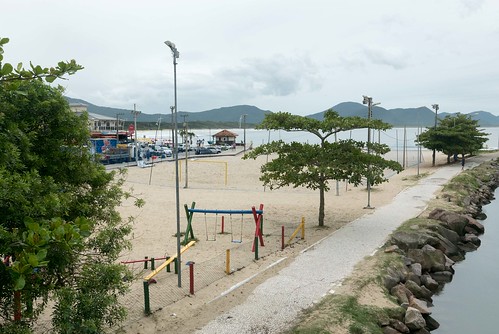 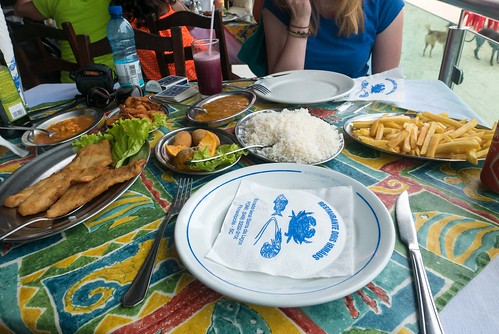 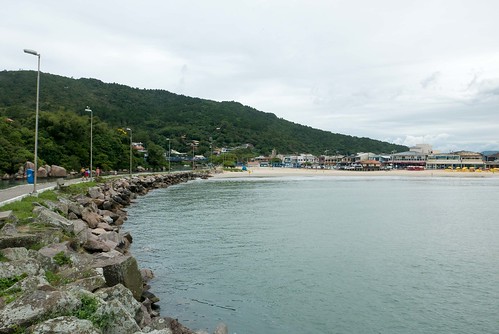 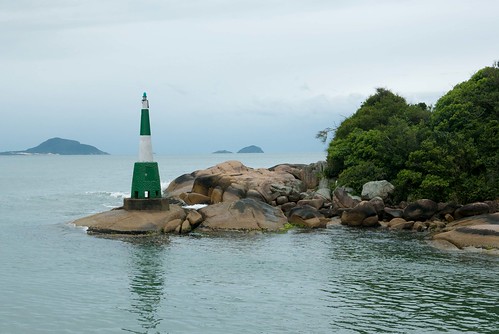 A brief soujourn at the pousada to catch up with the excellent new noir Marvel series Jessica Jones - advertised absolutely everywhere there was wall space in Sao Paulo - and we were back out again for food. I'd spotted a sushi place called Nakyna on a corner of a quiet side street, so decided to test out whether our newfound love of the Japanese mini-food was just a passing fad, or if we actually did like it. We did, even if the wasabi had less punch than a frugal Christmas party.

Projeto TAMAR is a sea turtle conservation project in Brazil working to help rescue and aid endangered sea turtles as well as working with coastal communities to promote best practices. A lot of sea turtles (as well as many other marine animals) are killed by fishing when they are caught up in lines and nets, and the disposal of plastics and other non-organic matter in the ocean has also had a huge impact on the population. The bitter irony is that they are sponsored by Petrobras, a huge oil company responsible in part for making the very plastics killing these turtles. One of the project centres was located five minutes away from our pousada, so we went there the next day to take a look. The place was in adequate condition, with most of the information boards in Portuguese (although one board describing the evolution of the turtles would have had creationists frothing in fury), and a few pools containing a few sorry-looking turtles. I have mixed feelings about this - the project obviously needs to promote itself to the public and generate funding, but the turtles in the pools here had pretty much no life as such, there was nothing other than a couple of rocks (and in some cases fish), and most of them seemed to be circling the pool edges, testing the walls to see if they could get out. To be honest, I feel the same about zoos in many respects; keeping endangered species alive is admirable, but if you are moving them to environments which are far removed from their natural home it will alter their behaviour significantly, and cause distress. There's obviously an argument to be made about the cognisance of turtles and exactly what they do/don't feel, but in my mind if you're going to protect them in captivity, it'd be more worthy to try and replicate their environment as much as you can rather than just keeping them in an empty pool for tourists to gawk at. If you visit in the morning but want to see the turtles being fed at 3:30pm, you can get a free re-entry ticket, which was decent of them. They give you a lot of information during the feed but unfortunately it's all in Portuguese so we didn't really get the most out of it. 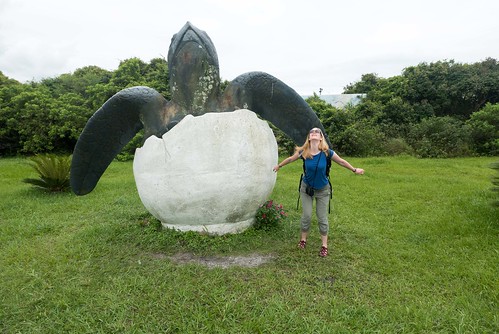 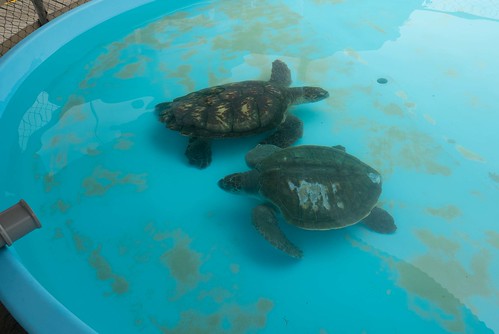 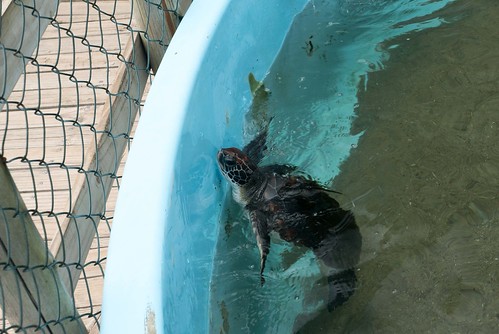 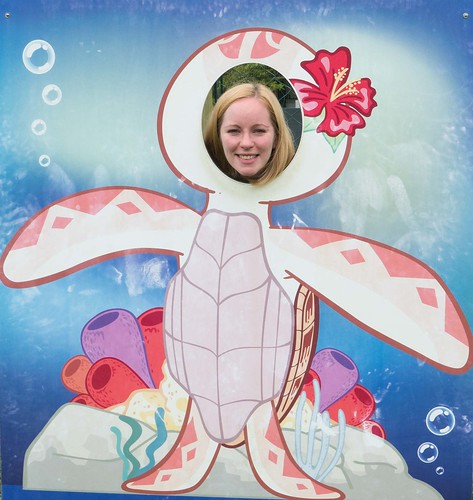 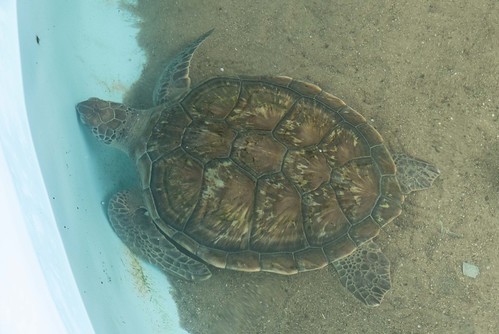 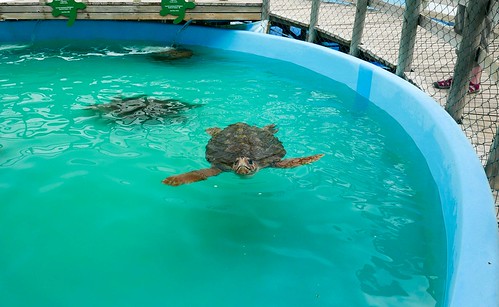 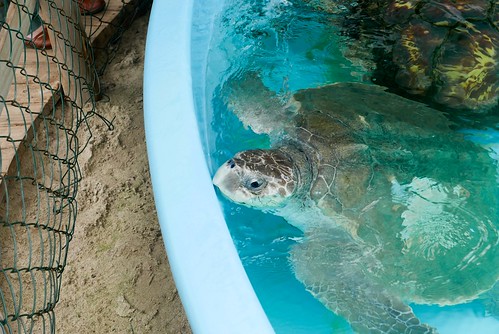 We had lunch at Massimo Beach Bar whilst doing some people watching. We had plenty of time, since it took the best part of an hour to get our food. Things I've noticed about South Brazil settlements compared to Rio:

- There are far more smokers
- There are loads more tattooed people
- There are lots of people wearing braces on their teeth - particularly adults. It's pretty uncommon in the UK, but you see it everywhere here.
- For some reason, there are old Volkswagen Beetles everywhere, most likely due to there being a huge manufacturing plant over here between the 60s and 80s. Bug fans will be in heaven here.

We took the bus into Lagoa da Conceição in the evening to enjoy some wonderful appetisers and sangria at Books and Beers, which was probably my favourite eating and drinking spot in Floripa. The amount of sangria meant that we weren't able to actually fit a beer in, but we were going to be moving to a hostel in the area away from Barra da Lagoa in a couple of days as Gilly's cold was clearing up, and my ear was feeling a little better. There is far more going on in Lagoa da Conceição, with bars, clubs and loads of restaurants crammed into a pretty small sector of Floripa. 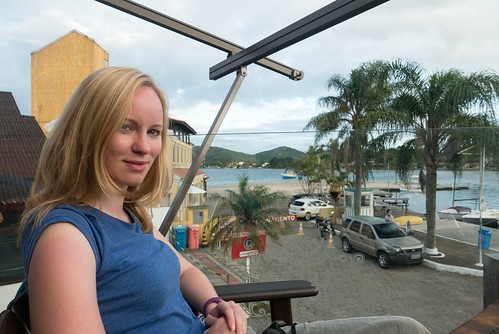 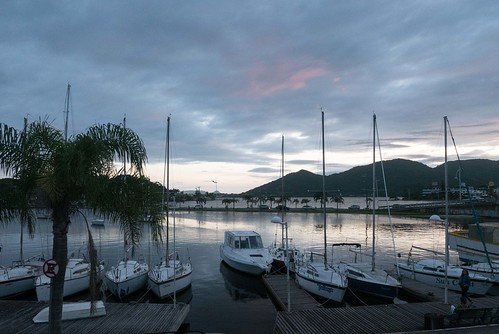 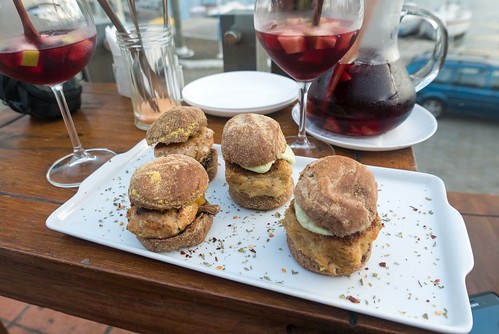 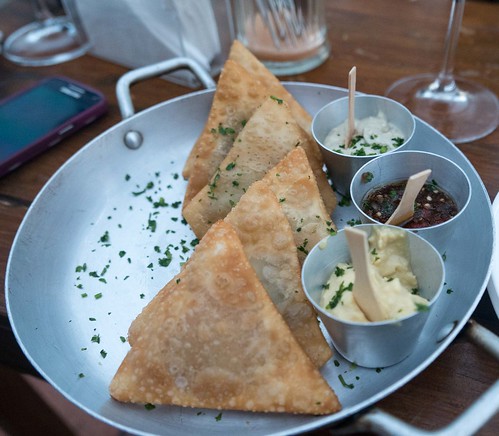 We felt we'd done everything we wanted to in the little village, so went back to Lagoa da Conceição again the next day. The weather was once again grey, so we walked up along the seafront road and then spent our time leaping from café to café like a gastronomic Sam Beckett. Lunch was taken at DNA Natural, where I ate possibly the healthiest thing I've ever had set before me on a plate. This had to be countered by a triple chocolate hit at Doce Lagoa, a kooky café whose staff believe that the best ambient music is Europop. Then it was on to Querubim for beer whilst watching Liverpool trounce Southampton 6-1, before hitting the Food Truck Parking Lot to sample some mildly disappointing nachos and burritos from Guacamole en la Rua. Still, another stall sold Layback, which is probably the best craft beer I've had since arriving in the country. It absolutely knocks the spots off the Brazilian staples (Brahma, Bohemia, Antarctica). To finish the night, we went to The Black Swan. It's an English pub. I'm not proud. However, they had a quiz night on with possibly the toughest quiz I've ever encountered. and even though we entered near the end, they had random free beer questions where I somehow managed to win a bottle of Bohemia even though I got the answer wrong (Q. What was the first word in Meat Loaf's first UK number one? A. "And". I said "I"). That was one of the easier questions too. Anyone know the age difference between Brad Pitt and Johnny Depp? No? WHY NOT??? 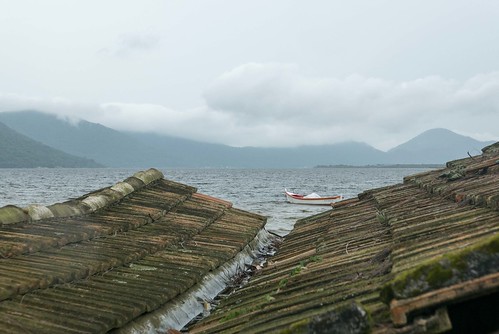 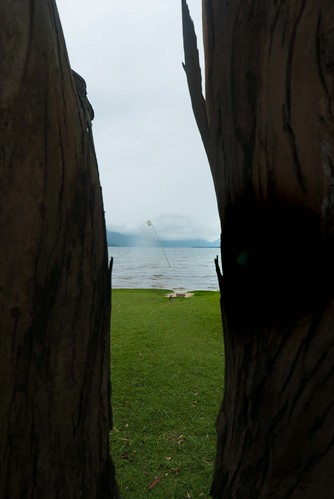 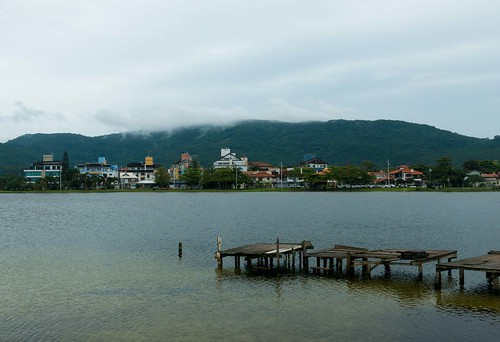 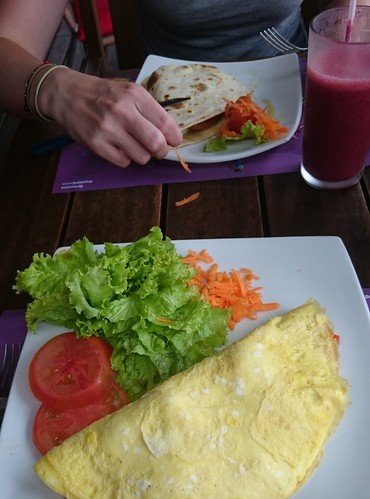 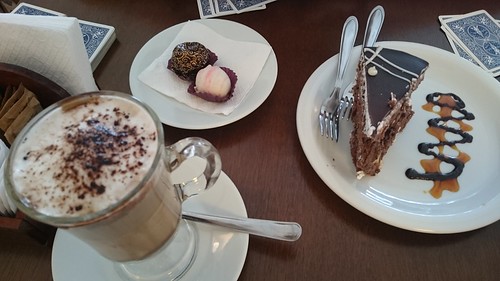 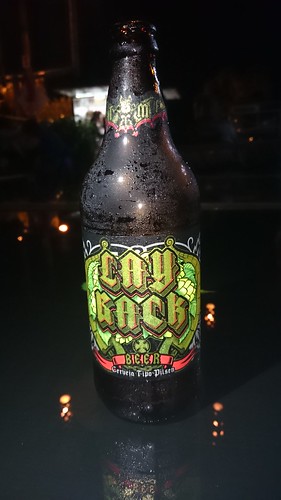 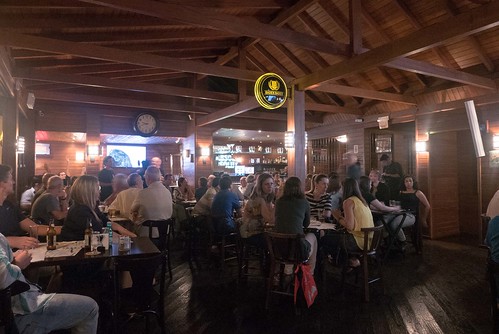 After all the rest and recuperation, it was time to pack up and move to the Conceição area proper the next day - as much as private rooms are great, we were ready to meet up with some fellow travellers and also see if we could fit in some trekking.
Posted by Rob Kershaw at 12:03 AM