Whilst we hadn't originally planned to hit the Argentinian side of the falls for at least a couple of days, Marit and her friend Fulya were heading there the following day on a tour. Peter had already been, so stayed behind to do some life admin. We don't mind tours, but prefer to do things ourselves when it's convenient. In this case there were two prevailing factors that prompted us to tag along (other than the company of the ladies): firstly, the weather for the following day looked like it would be as good as it could possibly get for at least a week, and secondly, the tour was only £3 more than if we'd gone it alone but with the added benefit of having a tour guide and also not having to faff around at the border with passport control, since they did all of that for you.

We decided to go for it. The problem was, we didn't have enough cash and by the time we'd booked ourselves onto the tour, the supermarket was closed along with any access to ATMs and the minibus was turning up at 8:30am the next morning. Marit was in the same boat, so I got up the next morning and the pair of us legged it over to the supermarket for the 8am opening...only to find that the standalone ATMs didn't accept our cards. This seems to be a problem with European debit cards over here - only official bank machines will let you withdraw money. Fortunately I'd planned for this eventuality and had details of a garage half a mile up the road with a Banco de Brasil machine; a few sweaty palms later, and we both had the money we needed.

The minibus there came equipped with a TV which pelted out 80s music videos for the entire length of the trip. I love the music from that decade, but the same can't be said for the videos which range from cheesy to cringeworthy, to downright weird. I don't know if Argentina has a penchant for 80s pop, or whether they think it's what tourists want, but some of the things I saw on that bus will haunt me for years.

Before the park, we stopped off at the Three Frontiers where the rivers of Paraguay, Brazil and Argentina all meet. Not really worth a trip on its own given it's basically just a pillar and a view, but a nice addition to the tour. 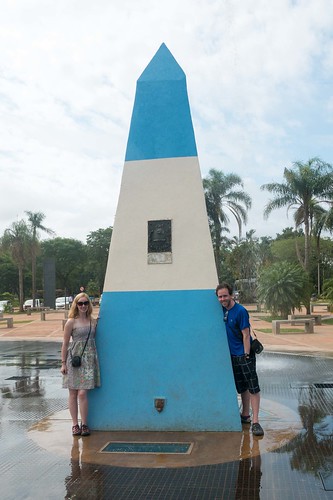 Getting a tour was a great idea. Not only was our guide Gil knowledgeable about the flora and fauna in the area, but he also told us the best way to go around the park (and found out that the lower path was closed halfway along due to some railings collapsing...yikes). That alone saved us time, a wasted trip and disappointment, and was worth taking the tour for alone. Instead, we went along the upper path and stopped at the Two Sisters as a taster, followed by the Bossetti falls where a butterfly was very affectionate to anyone in the nearby area. There's also another walkway if you fancy getting drenched, which I did. 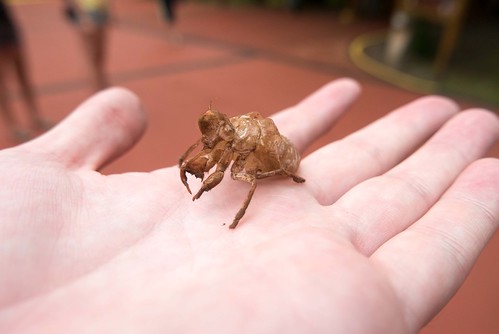 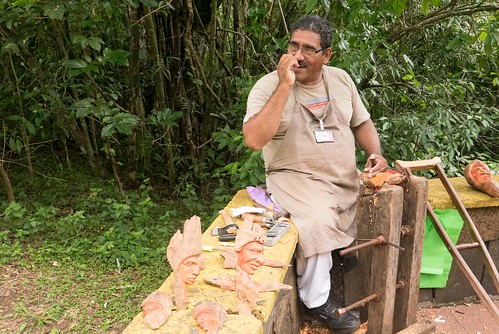 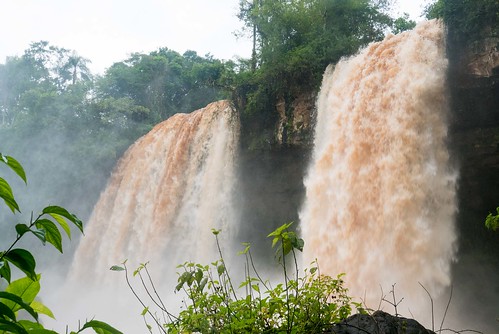 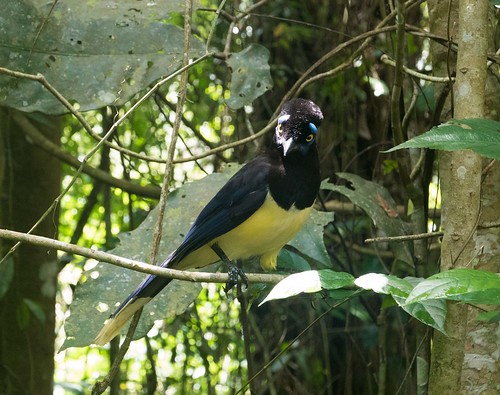 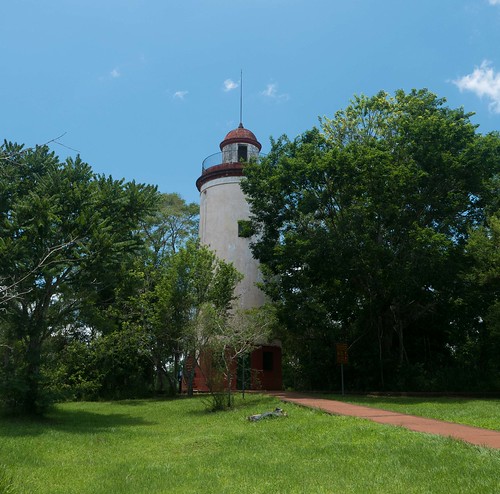 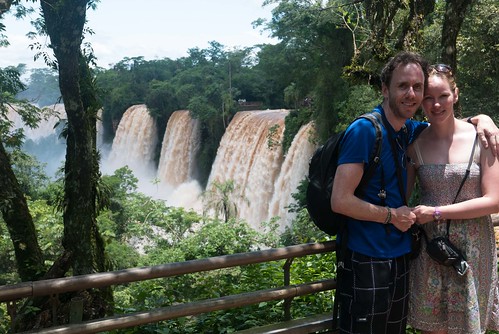 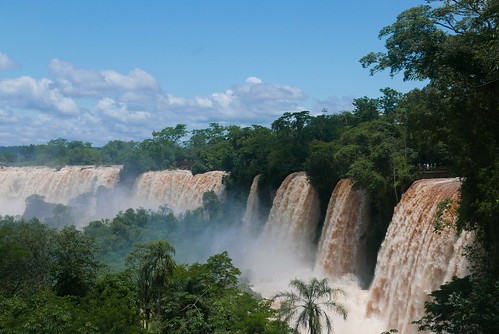 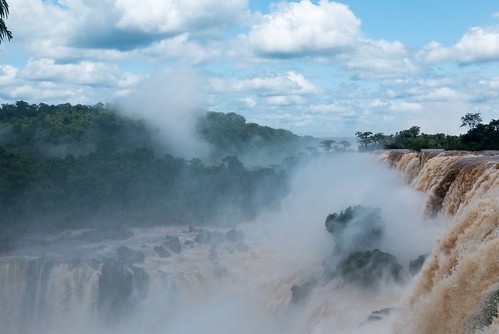 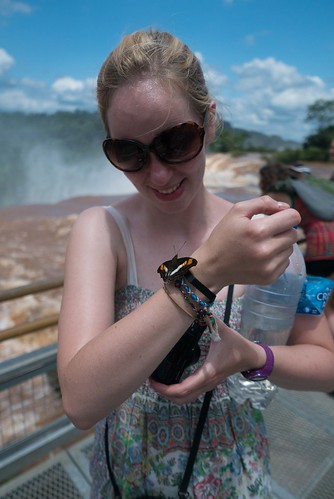 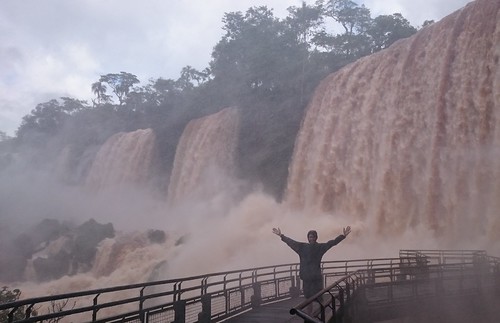 The sky was glorious, far nicer than the previous day, and it helped us appreciate the beauty of the falls even more. There are 275 falls in total, all of differing heights and strengths, but the best was saved to the end though, when we took a train to Garganta del Diablo (Devil's Throat) - the same falls we'd seen the previous day, but far, far more impressive from the Argentinian side. Any thoughts I'd harboured about being underwhelmed by the whole thing were obliterated when we approached the end of the walkway and took in the sheer power of what we were facing. I've not seen anything quite like it - hundreds of thousands of cubic feet per second cascading into an abyss. Where does it come from? Where does it go? Science, people! 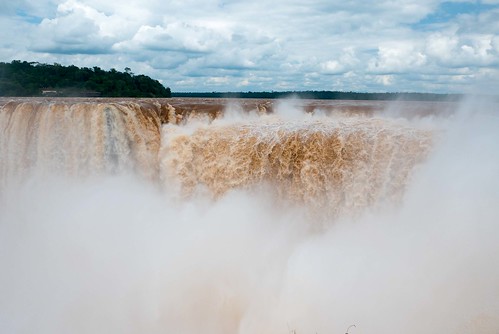 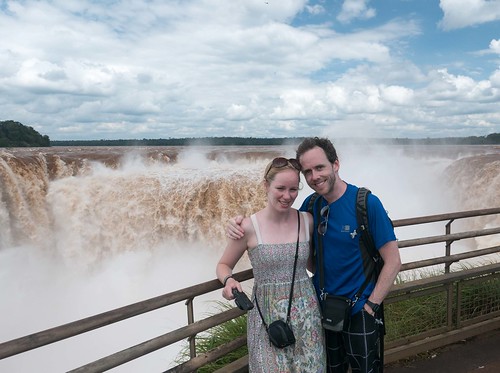 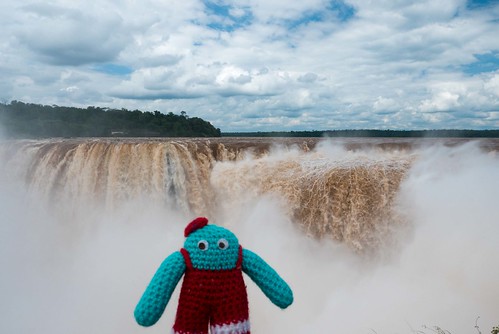 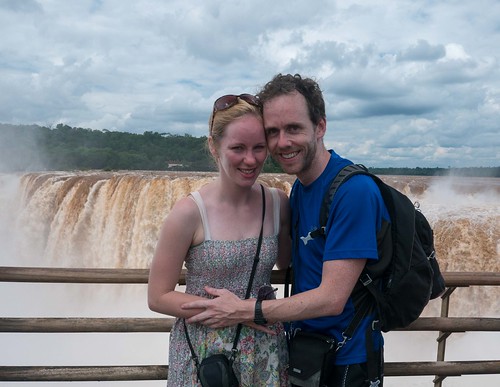 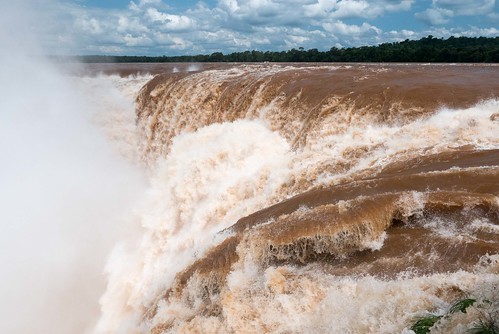 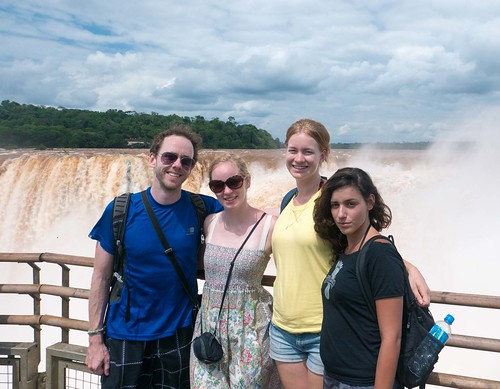 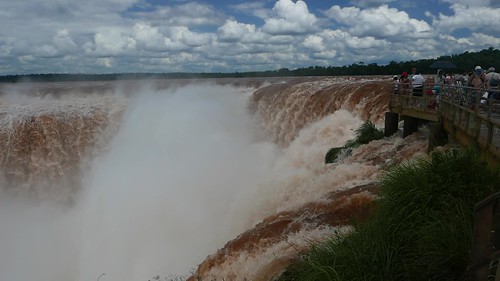 It really was quite a special experience. There was something hypnotic about this endless barrage of water pouring into nothingness; but for the time constraints and the other tourists, I could easily have stared captivated by it for an hour.

Instead, we headed back to Tetris where the ladies and Peter whipped up a storm with some pasta whilst I got stuck into full-on stress mode about our plans for the next few days; we had decided to take a bus to Salta from Puerto Iguazu which would take us overnight and hadn't booked any accommodation or even thought about how we were getting there. Fortunately, a solid hour of focus meant that I got things sorted in time for some delicious food to be ready, and I gratefully took on washing up duties with Cody, a Canadian who was travelling with his girlfriend. With a plan settled, we headed out afterwards to Zeppelin Old Bar to listen to a band play rock covers. Whitesnake, Dio, (and others I've forgotten) all got the metal treatment. They were really, really good - especially the lead singer who sang in perfect English but switched back to Portuguese in between songs. It was surreal. The ladies bowed out gracefully at around 1am, leaving me and Peter to hold the fort down until about 3am before we gave in and hit the hay. 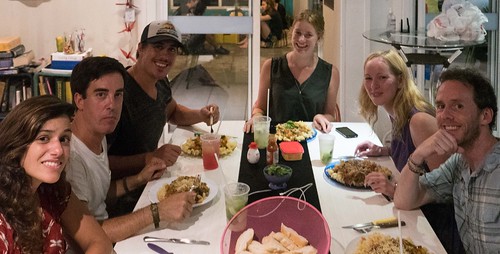 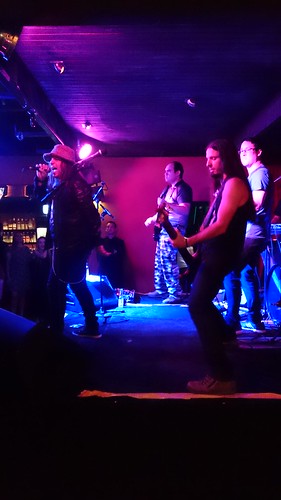 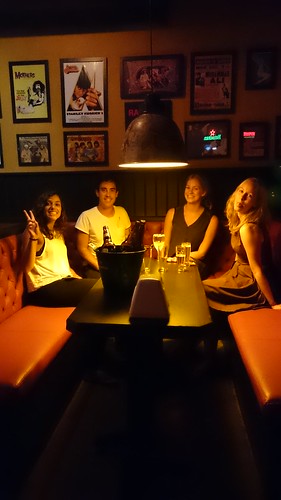 It was a great end to our first country, and it seemed bizarre that we'd spent over a month in Brazil. We'd barely touched it in terms of sheer land mass, yet had somehow crammed in so many fantastic memories and activities with another six months to go.

Argentina awaited!
Posted by Rob Kershaw at 12:18 AM